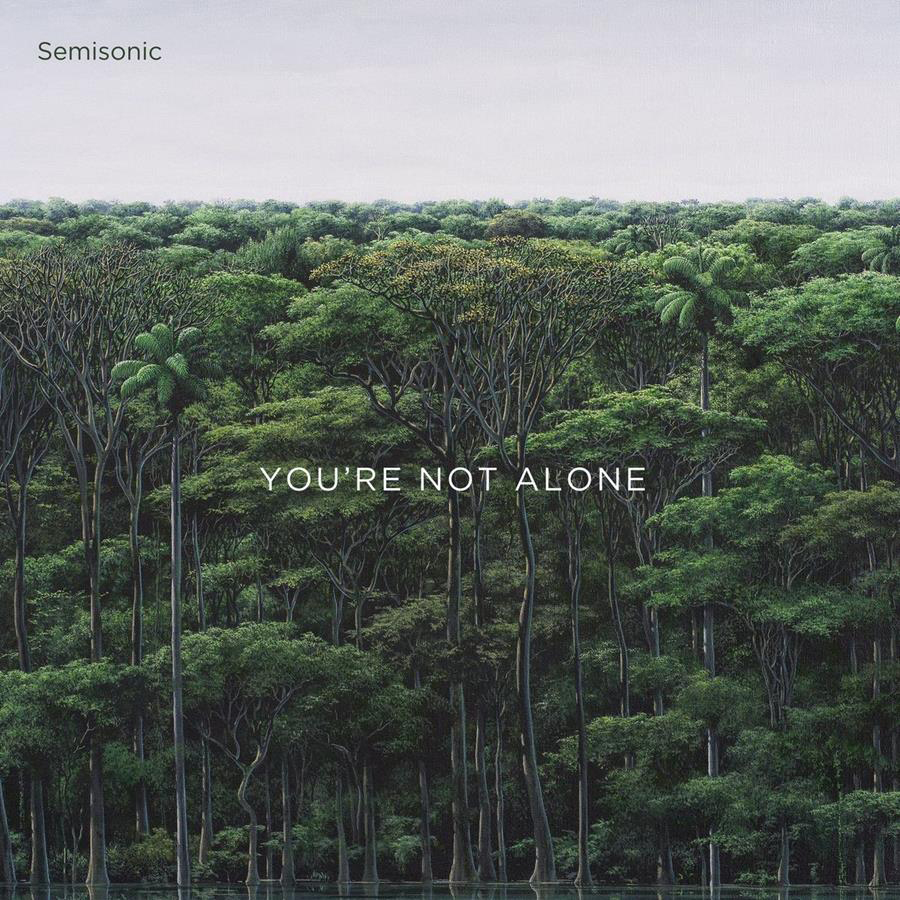 The single is the opening track from their forthcoming five-song EP You’re Not Alone out on September 18 via Pleasuresonic Recordings/Megaforce Records.

“I wrote ‘You’re Not Alone’ a couple of years ago at a time when a lot of people, including me, were feeling isolated and despairing about the state of the world and the direction our country was going. We recorded the song last year and I’m really happy that it’s now coming out,” explains Dan Wilson. “Coincidentally, the song is coming out when both a global pandemic and racial justice protests are compelling us to reimagine our relationships to each other and the communities we live in. Just as I had hoped when I first wrote it, I hope the song will communicate a sense of connection and comfort, an awareness that we’re not alone.”

Recorded on and off over the last few years at Grammy-winning singer, songwriter and producer Dan Wilson’s Los Angeles studio with his co-founding bandmates John Munson and Jacob Slichter, the EP is pure Semisonic in all its ragged, rousing glory, fueled by lean arrangements and muscular performances of poignant, bittersweet, alt-rock gems.

“I think these songs have a really important and relevant story to tell,” says Munson.

“They embody this spirit of optimism about the possibility we can offer each other in times of hardship and struggle. I’ve always believed that a Semisonic song is one that gives you hope, one that sends you out into the night happy, one that leaves you feeling more connected to whatever it is that makes you human, and that’s something we need now more than ever.”

While Semisonic didn’t officially break up following the release of 2001’s All That Chemistry, the trio went their separate ways to focus on other projects. “By the time we finished touring the album, we’d been playing together for almost ten years,” explains Wilson. “We’d shared highs and lows, joy and despair, hard slogs and victory laps, and in the end, we were just worn out.”

Slichter became a celebrated writer and commentator for outlets like New York Times and NPR, released a book So You Wanna Be a Rock & Roll Star, and currently teaches creative nonfiction at Sarah Lawrence. Munson has continued to make his career in music, performing and recording regularly with a variety of bands including The Twilight Hours, The Fragrants, and The New Standards. A lifelong lover of radio, he became the Music Director for American Public Media’s WITS and could often be found guest hosting on Minnesota Public Radio’s The Current.

Frontman Dan Wilson moved to Los Angeles and became a first-call writer and producer, one lauded by the Los Angeles Times as penning “some of the era’s great contemporary smashes.” He took home an Album of the Year GRAMMY for Adele’s 21, which featured three of his co-writes (including “Someone Like You”); landed a Song of the Year Grammy for the Dixie Chicks’ “Not Ready To Make Nice,” and has written with artists from Chris Stapleton to Phantogram. After releasing his most recent record, a re-imagining of songs he’d written for and with others entitled Re-Covered, Wilson launched a singles series in the fall of 2018, opting to put out a new song every month in lieu of recording another traditional album.

For the last four years, Wilson has been publishing a video series titled “Words & Music in Six Seconds.” First via the now defunct Vine and now on Instagram, Wilson gives tidbits about songwriting, life, the creative process, working relationships, and lots more all in compact videos and illustrations. Follow @danwilsonmusic to watch.

Semisonic officially reunited in the summer of 2017 to celebrate the anniversaries of their albums Great Divide and Feeling Strangely Fine, which was reissued in 2018 for its 20th anniversary. Earlier this year, Dan Wilson was featured on the hit podcast Song Exploder, where he broke down their Grammy-nominated (Best Rock Song, 1999) #1 hit single “Closing Time.”