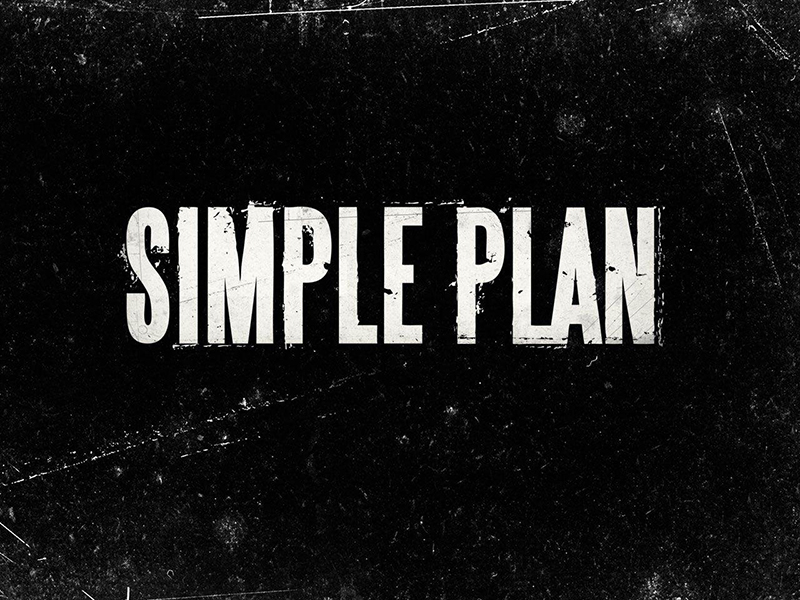 Simple Plan, the multi-platinum, Montreal-based band boasts worldwide sales topping 10 million. A testament to their outstanding popularity, the band has been voted Favourite Canadian Band an unprecedented five times by viewers of the MuchMusic Video Awards.

Most recently, the band has teamed up with producer Howard Benson (My Chemical Romance, All-American Rejects) on their latest album “Taking One For The Team” that was released on February 19th 2016. The band has performed at some of the music industry’s most prestigious events like the 2010 Winter Olympics closing ceremony, the 2004 Live 8 benefit concert, the MTV Music Awards as well as multiple TV appearances on shows like The Tonight Show, Jimmy Kimmel Live!, the 2008 NHL All-Star Game and 2015 NHL Winter Classic game where they sang the Canadian National Anthem and the Macy’s Day Thanksgiving Parade, among others.

The band continues their philanthropic initiatives to this day and $1 of every ticket sold on their “Taking One For The Team” World Tour and their “No Pads, No Helmets Just Balls” 15th anniversary tour will go towards the Simple Plan Foundation.

Great news for UK fans. To break in 2020 Simple Plan have announced a sexy tour with no other than Bowling For Soup.

Be sure to get your tickets now as they will be sure to sell out. 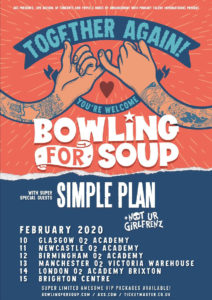