A Strip Of Joy – COCKTAILS 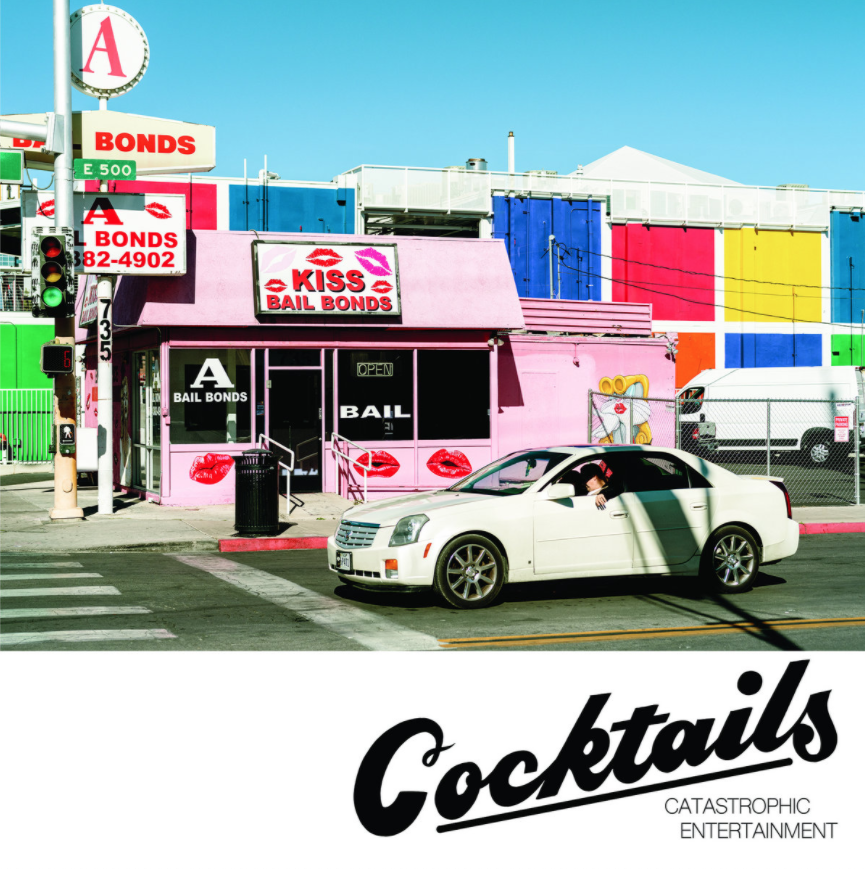 Cocktails waste no time in cutting right to the hooks immediately on their new record.

While the song title references the iconic Cheap Trick drummer, it’s more about the summertime feel-good vibe that sets the tone for much of this record.

Main singer and songwriter Patrick Clos says, “It’s almost like a fantasy we all (or at least Cocktails) long for right now (especially given the current pandemic times): traveling the world, playing music, finding love, drinks with friends, beating the shit out of a drum set. Simpler times.”

Catchy Moog leads are running directly into catchy guitar leads with plenty of call-response vocals and boy/girl harmonies throughout. During the bridge we hear Clos sing: “We’ll leave our problems back in the U.S.A – It’s all f#*ked anyway…” A bleak sentiment that also hints at an escape or some bit of hope. As to where that escape may be, we’re not quite sure, but for now the melodies embedded in this track will carry us through.

‘Catastrophic Entertainment’ is full of fuzzed-out melodies, catchy choruses, sticky guitar riffs, and pop-rock heaters. Produced and mixed by the band, the album relies heavily on what Cocktails does best: bluntly bashing out well-crafted pop songs.

Clos describes the new record as “a raw and dirty monster of a pop record.”

“We’re a scrappy power pop band at heart, but we’ve never quite fit in nicely,” he explains, “a little too poppy for a punk thing, and then we’re always rocking too hard to be an indie-pop band. For ‘Catastrophic Entertainment’, we just wanted to lean into that as much as possible and be ourselves, just trying to let new ideas happen.”

As it happened, the odd pop misfits have created a powerfully unique and solid full length.

With tracks like the twangy pub-rocker “Washoe County” or the Moog heavy stoner-jam “Buried Alive,” the band flexes its versatility. On “Love Is Gone,” a falling out of love with the City break-up song, Lauren Matsui crushes the lead vocal performance. Cusumano contributes the punchy glam-rock stomper in “Janeland.”

The common thread between these 11 songs that play out like a choose-your-own-adventure experience is the pop craftsmanship put into the songs and the lack of pretension. Cocktails may no longer be the new kids on the block at the power pop game, but with ‘Catastrophic Entertainment,’ the band have taken their own sound to a new level, making it known they belong in the genre’s heavyweight division.

‘Catastrophic Entertainment’ by Cocktails will be released in July and is available for pre-order at cocktails.bandcamp.com and wizardsandpotions.com.