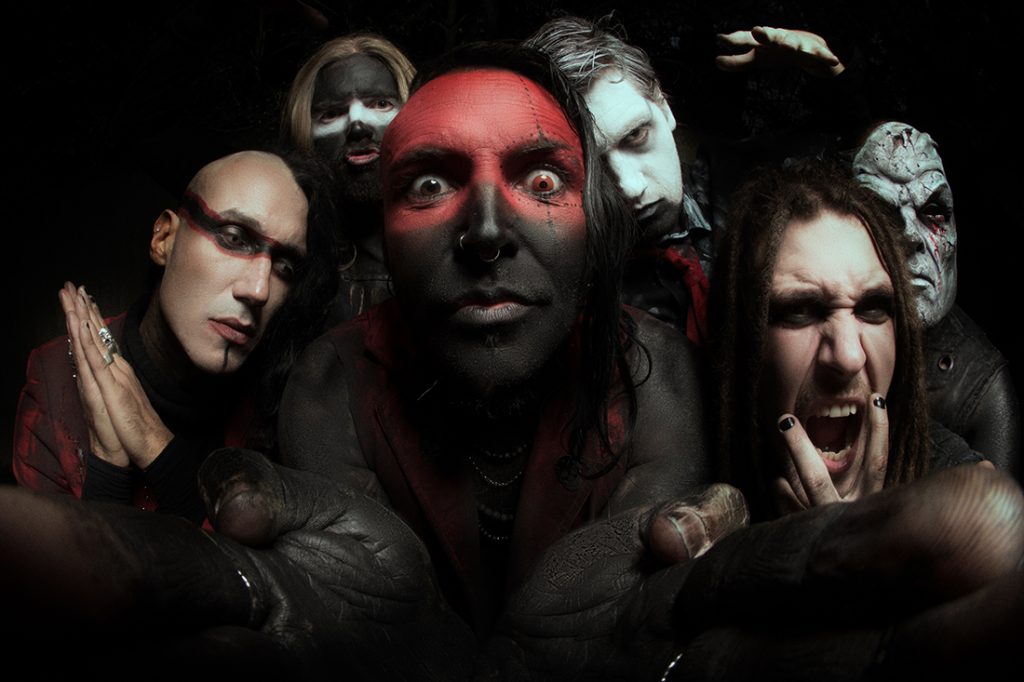 DLTV is a one-off partnership between Festival Republic and YouTube Music, which seeks to quench Download fans’ thirst for the festival till 2021. Watch The Narcissist’s Prayer feat. Jason Mendonca from Akercocke here:

This is what electronics man Alex Avdis (The AvD) had to say about it:

“We had the honour of being asked to headline the takeover stage at this year’s download festival, which for obvious reasons we can’t do… It’s a testament to the dedication of the organisers that they will not leave bands or fans high and dry. Not only did we get to appear on the virtual Download Takeover stage but we got to Premiere our brand new video “The Narcissist’s Prayer” featuring Jason Mendonca from Akercocke on DLTVtoo!

Musically “The Narcissist’s Prayer” is a slight departure from what we usually do, continues Alex, Hopefully people see another side to the band. Lyrically though, it’s in line with the darkness that overcomes on our new album “For The Sick”.

“Narcissism seems to be the new self-love in this age. Narcissism is a huge social, political and cultural issue which is one of the three dark Triadic personality traits. With technology growing and shaping our ways of living thousands for people continue to hate their jobs and suffer  at the hands of narcissistic bosses and sociopathic systems. This ever growing breed live yet another day in their own prison destroying lives instead of planning an exit strategy.

Instead of becoming our own saviours, we are still waiting for one to arrive. This is the same thing the narcissist does to us by putting us in the trance called ‘future faking.”

“The Narcissist’s Prayer” features on Red Method’s debut album “For The Sick” out nowavailable in hard copy or streaming.