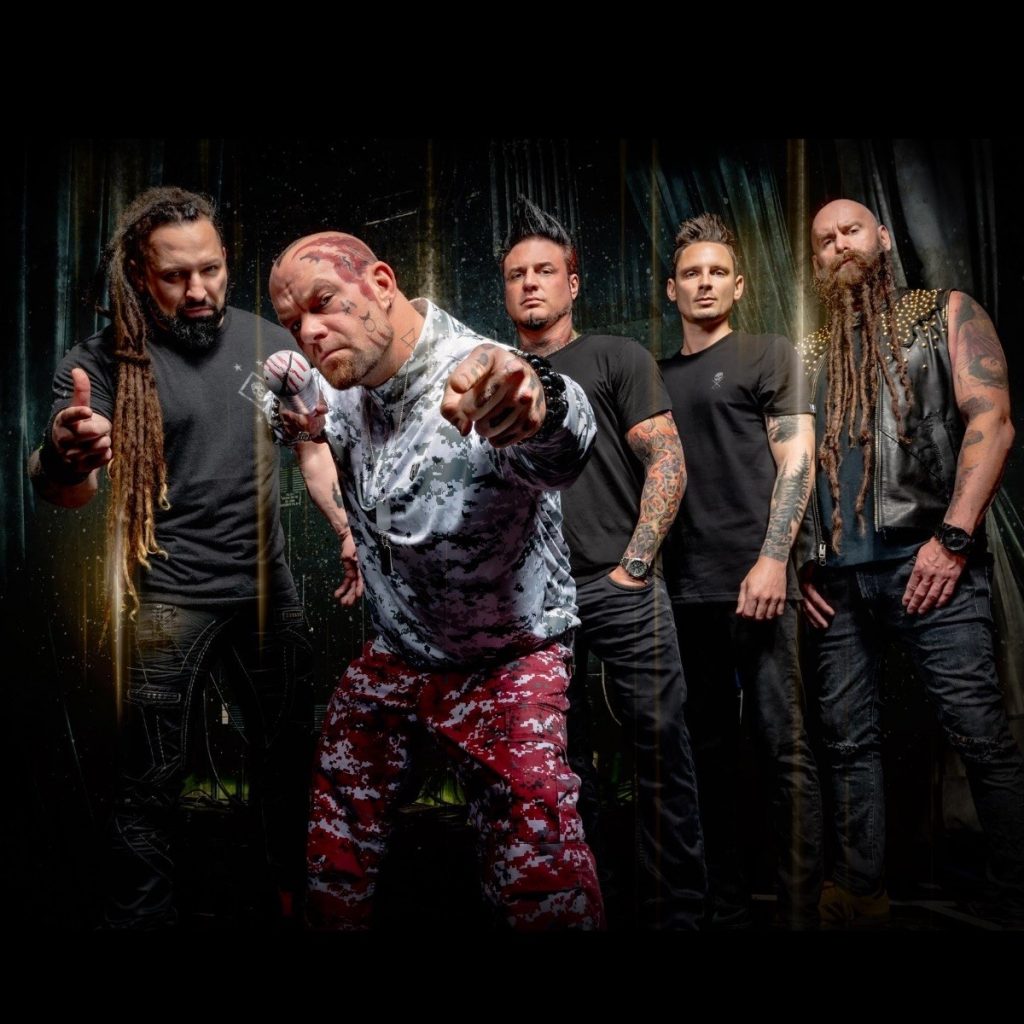 FIVE FINGER DEATH PUNCH releases the second official video from their new album, F8 for the track “A Little Bit Off” which is now Top 5 at Active Rock radio.

“The video was shot during lockdown in a deserted car-free Las Vegas where Ivan Moody is the only soul on a sidewalk usually crowded with people. Having conceptualized the idea for the video” – Zoltan Bathory explains.

The band’s current release, F8,debuted at #1 on on Rock charts worldwide with a Top 10 Mainstream chart debut in the US, Austria, Australia, Canada, Finland, Germany, Sweden, Switzerland, UK and more.  FIVE FINGER DEATH PUNCH has amassed over 7 billion streams to date, over 3 billion video views and is the biggest artist in the hard rock space measured by total consumption (digital sales added to digital streams converted to sales) having recently surpassed Metallica and AC/DC.

Over the last decade, FIVE FINGER DEATH PUNCH has become one of the most recognizable names in music. The band has 22 Top 10 singles with 9 #1 singlesand has sold over 1 Million concert tickets in the past two years alone. They have sold over $40 Million in merchandise globally. Every record since the release of the band’s 2007 debut album The Way of the Fist, has been certified Gold or Platinum by the RIAA – 3x Platinum and 6x Gold. The band has earned numerous awards and honors and is one of the few recipients of the prestigious Soldier Appreciation Award from the Association of The United States Army. Recently, Five Finger Death Punch was nominated for Best Rock Song and Best Rock Artist at this year’s iHeartRadio Music Awards.

“F8, the group’s eighth, is their most mature offering to date,” Billboard states. “It features singer Ivan Moody chronicling his daunting path to sobriety over music that traverses a diverse range of styles, from sensitive ballads to balls-out barnstormers.”

The band intends to head out on the road this fall, barring official restrictions imposed due to Covid-19. All dates can be found here.

Text “5FDP“ to 888 295 5337 (U.S. only) or sign up for the email list at Fivefingerdeathpunch.com to receive breaking FIVE FINGER DEATH PUNCH news!