BOB MARLEY & THE WAILERS – ‘LIVE AT THE RAINBOW’ LIVESTREAM 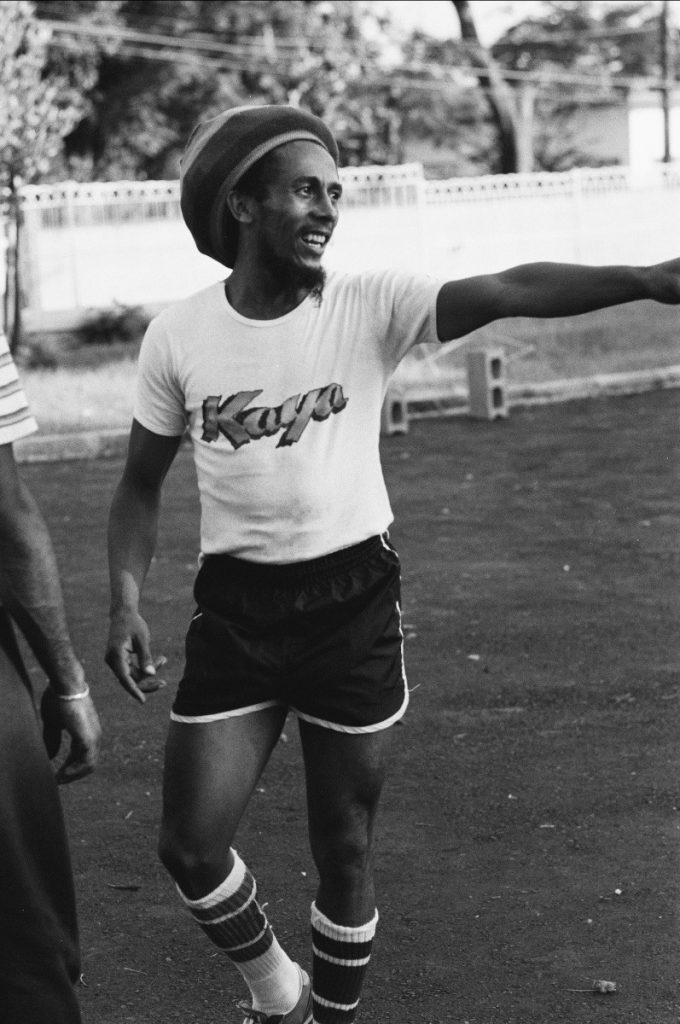 Episode four of Bob Marley’s Legacy documentaryseries has been released; this time exploring Bob’s well known love of soccer and his longstanding connection between the game and his music.

Delving deep into the archives, never before told anecdotes are revealed on Bob’s life and his impact on the world. Rhythm of the Game is available on Bob Marley’s Official YouTube Channel HERE.

Tuff Gong FC has also announced a special collaboration with FIFA for a limited-edition soccer kit available exclusively on May 29 at 1 p.m. ET in FIFA 20’s Ultimate Team game mode via a limited-time-only Season Objective. Celebrate Bob Marley’s legacy and love of the sport with the 75th Anniversary Kit, available in FIFA Ultimate Team for a limited time on Windows, PS4, and Xbox One. Additionally, a Bob Marley 75 Soccer Jersey inspired by the newly-added Bob Marley player kit in the 2020 EA video game will become available on June 1 HERE

On June 4th, Bob Marley & The Wailers“Live At The Rainbow” will be live-streamed on Bob Marley’s Official YouTube Channel HERE.

The concert will be shown in the exact running order officially for the first time since initially performed, will be streamed in its entirety on the Bob Marley YouTube channel June 4th at 12pm PT/ 3pm ET / 8pm BST exactly 43 years to the day it took place. The live-stream includes rarely-seen footage, including a magical live performance of “Burnin’ and Lootin” as well as newly unearthed footage taken backstage.

In other news, the official video for “Is This Love” from Bob Marley & The Wailers’ 1978 album, Kaya has been remastered in HD. The video was originally filmed at the Keskidee Youth Centre in London and features a special appearance by a then 9-year-old Naomi Campbell.

Bob Marley, a Rock and Roll Hall of Fame inductee, is notable not only as the man who put reggae on the global map, but, as a statesman in his native Jamaica, he famously brought together the country’s warring factions. Today, Bob Marley remains one of the 20th century’s most important and influential entertainment icons. Marley’s lifestyle and music continue to inspire new generations as his legacy lives on through his music. In the digital era, he has the second-highest social media following of any posthumous celebrity, with the official Bob Marley Facebook page drawing more than 70 million fans, ranking it among the Top 20 of all Facebook pages and Top 10 among celebrity pages. Marley’s music catalog has sold millions of albums worldwide. His iconic collection LEGEND holds the distinction of being the longest-charting album in the history of Billboard magazine’s Catalog Albums chart and remains the world’s best-selling reggae album. Marley’s accolades include inductions into the Rock and Roll Hall of Fame (1994) and ASCAP Songwriters Hall of Fame (2010), a GRAMMY® Lifetime Achievement Award (2001), multiple entries in the GRAMMY® Hall Of Fame, and a star on the Hollywood Walk of Fame (2001).