Weighing It Up – Hannah Georgas 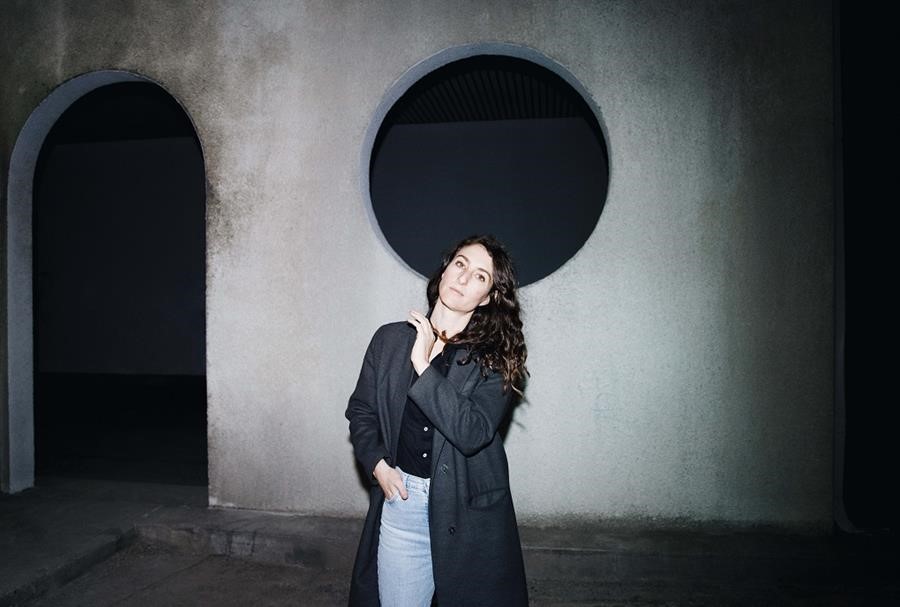 In March, Toronto’s Hannah Georgas shared her single “That Emotion,” the first look at her forthcoming collaboration with producer Aaron Dessner of The National.

The track arrived alongside the announcement of her signing to Brassland (the imprint co-founded by Aaron & Bryce Dessner) and Toronto indie stalwart Arts & Crafts, and made an immediate impact, earning high praise from outlets like The FADER, Stereogum, The Line of Best Fit, The i Paper, American Songwriter, BrooklynVegan, Exclaim and Consequence of Sound, who dubbed Georgas “a new generation’s Feist,” one of several outlets to draw favourable comparisons to Georgas’ fellow Canadian songwriter.

Now, Georgas is sharing a second single from her work with Dessner, a track entitled “Same Mistakes.” A counterpoint to the insistent pulse of her first single, “Same Mistakes” is a deeply personal song about reckoning with the past, presented in a bracingly vulnerable context. Georgas’ singular voice is framed by a sparse, clockwork-like machinery of production that shifts in and out of focus around the arresting central force of her nuanced and subtly powerful performance. It receives its first-look at Clash, who comment: “A bold voice, her unremitting honesty makes Hannah Georgas a challenging but utterly absorbing figure.​”

“Over the years I’ve been recognising patterns and habits I’ve created in order to protect myself in situations that are difficult,” Georgas explains. “I’m becoming more aware of how much my upbringing has had an affect on me. This song was inspired by learning how to accept the past and recognise when things come up and trying to learn to from them.

“Aaron and I tried a couple of versions of it before we found this one. I originally wrote it on guitar and I ended up finding a different arrangement for it on the piano. Towards the end of my time with  Aaron, we re-recorded this- tracking piano and vocals first. He came up with a repetitive bass line and drum loop. He started playing these beautiful guitar slide parts that felt like whale calls. We were recording it in the evening and I remember listening and looking out the window and seeing a beautiful bright moon and clear dark sky. It was a really memorable and magical moment.”

“Same Mistakes” is available here on all streaming platforms.

After her debut EP in 2009, Hannah released three full-length albums which enjoyed acclaim in outlets at home and abroad including Mojo (“Drop-dead delivery and wiseass lyrics hiding surging depths of emotion.” – 8/10), Exclaim! Magazine (8/10), Q Magazine (8/10) and NPR Music. But in particular, she has become a household name in her native Canada. Hannah regularly performs in legendary concert venues like Toronto’s Massey Hall, headlines on festival bills, and has racked up multiple high-profile nominations including three for the Polaris Music Prize and four JUNO noms ranging from “Best New Artist” to “Songwriter of the Year.”

Now, Hannah Georgas is evolving into an artist with a more global agenda. On tour, she will build on support slots with The National, Rhye,City and Colour, Boy and Bear and Sara Bareilles. In film and TV, her music has been featured in over 50 placements including an end credit usage in HBO’s Girls and in Degrassi: Next Class, Netflix’s reboot of the beloved Canadian franchise for teens. Her most recent music was Imprints, a 4-song EP released in 2019 to celebrate International Women’s Day and featuring covers of songs by The Cranberries, Eurythmics, Janet Jackson and Tegan and Sara.

Finally, Hannah’s 2019 culminated in her joining The National on their I Am Easy To Find tour cycle for dates in Germany, the United States, Canada, Switzerland and the United Kingdom. She both performed opening slots of her own music and joined the band for vocals, usually alongside Kate Stables (aka This Is The Kit). With news of a new full-length forthcoming, expect to hear more from the artist who, as The Telegraph wrote, “evokes the idiosyncratic indie of Feist, and packs the raw, emotive lyrical punch of Regina Spektor.”