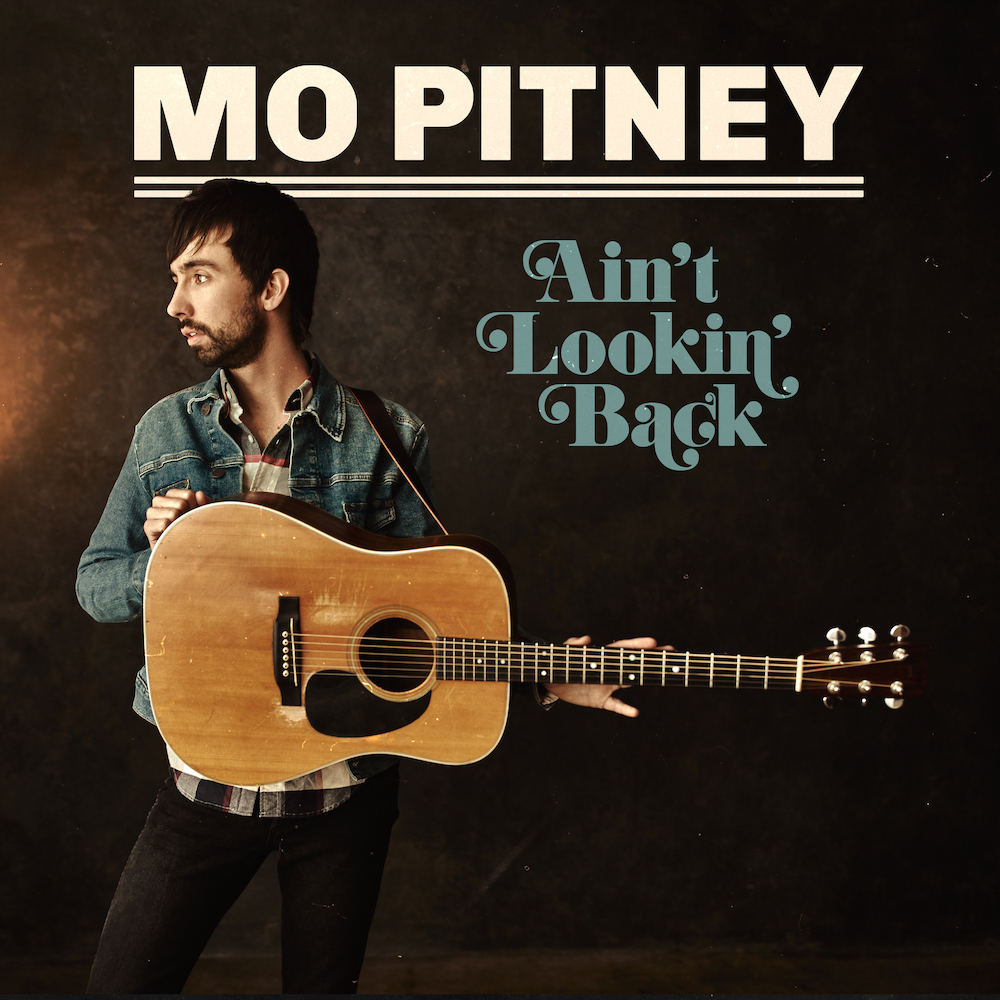 Curb Records recording artist Mo Pitney announces his sophomore album, Ain’t Lookin’ Back, which will release on August 14th, 2020. Pre-order/Pre-save for the 13-song project begins this Friday, May 15th 2020. Also, Pitney unveils the cover art and official track listing for Ain’t Lookin’ Back.

In advance of the album release, a fourth instant grat track, “Mattress On The Floor,” will release on Friday, 15/5, with its official music video exclusively premiering on Taste of Country on Thursday (14/5).

Produced by Jim “Moose” Brown, the highly-anticipated follow-up to Pitney’s debut speaks to the idea of rebirth—shedding your past and moving forward into a future filled with grace and forgiveness. Combining his love of traditional country music in the vein of Ray Price, Buck Owens and Roger Miller with his affinity for singer/songwriters like Randy Newman and James Taylor, Pitney puts his spin on 13 original tracks that seamlessly merge acoustic-driven country, bluegrass and soulful blues with tender, heartfelt lyrics.

“I wanted to be completely open-minded while recording this album. It was important for me to meld all my influences of the past that represent who I am as an artist today, hopefully to make one complete thought and to make something new. The end goal was to shut out all other voices, close our eyes, and create something that came from the heart,” shares Pitney of the making of the new album. “I’m looking forward to taking this body of work that is completely me and sharing it with the world. I’m excited to see people’s reactions.”

Pitney’s new song, “Mattress On The Floor”—a slow-burning ballad about love being all you really need to get by—joins three previously released tracks which preview Ain’t Lookin’ Back, including the album’s title track (listen here) as well as “Ain’t Bad For A Good Ol’ Boy” and “Right Now With You,” which Sounds Like Nashville says captures Pitney’s “strong-but-tender vocal” and “a timeless sound.” Taste of Country also compliments the rising talent, saying “…He has a penchant for reaching for emotionally resonant themes that are often more profound than much of contemporary country music, which helps his music stand out that much more.”

Proving that his music is indeed resonating on a profound level, the Cherry Valley, Illinois-native appears in a new documentary called Illinois Country. Currently airing on PBS stations across the Midwest, the documentary explores his home state’s role in the history of country music.

Leading up to Ain’t Lookin’ Back’s official release date in August, the dedicated family man continues to give fans behind-the-scenes access every Monday at 10pm BST / 4pm CST on Facebook (@MoPitneyOfficial) and Instagram (@MoPitney) with “Mo Monday.” Each week, a different documentary-style episode chronicles his journey from Cherry Valley, Illinois to Nashville, Tennessee. In addition, the series explores the making of his new album and his home life with his wife and young daughter as they prepare to welcome their second child, due this summer.

Curb Records recording artist Mo Pitney received a standing ovation the very first time he performed on the iconic Grand Ole Opry stage. Named an “Artist To Watch” by Rolling Stone, Billboard and The Bobby Bones Show, Pitney has amassed 21.2 million on-demand streams since the release of his autobiographical debut, Behind This Guitar. The Illinois-native leans on the influences of traditional country stalwarts like Ray Price, Buck Owens, Roger Miller and Merle Haggard. His original song, “Ain’t Bad for a Good Ol’ Boy,” was recently featured on The Ranch (A Netflix Original Series Official Soundtrack). His sophomore LP, Ain’t Lookin’ Back, is set to release August 14, 2020.

Celebrating 56 years in business, Curb Records is one of the world’s leading independent music companies. Owned and operated by Mike Curb since 1964, Curb Records has achieved 435 number one records, over 1,500 Top Ten records and charted over 4,500 total records. With over a half century in operation, Curb Records has been influential in the careers of some of the biggest names in music, including: Tim McGraw, Hank Williams, Jr., Rodney Atkins, Lee Brice, LeAnn Rimes, The Judds, Dylan Scott, Sawyer Brown, Wynonna, Lyle Lovett, Jo Dee Messina, Hal Ketchum and Desert Rose Band, among many others. Today’s roster includes some of the top names across multiple genres of music. For more information, visit www.curb.com