Who Do Voodoo? – Voodoo Six 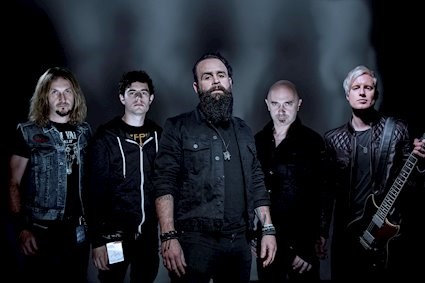 “It feels this is the right time for us. We’re incredibly proud of the new material and can’t wait for people to hear the new record and perform to fans across the world” said Voodoo Six’s founding member Tony Newton.  “Explorer1’s vision for the band and the unique support they bring, makes this all possible”.

Iron Maiden founder and bassist Steve Harris commented: “I’ve been keeping an eye on Voodoo Six for a while now and they’ve produced a cracking new album with real promise. It’s great to support true British up and coming talent.” The new album was recorded & mixed at Harris’ Barnyard Studio.

“Having watched the band develop for many years, it was natural for Voodoo Six to become a part of the E1 family” said Paul Woolnough, co-founder and CEO of Explorer 1. “Their passion to create great music has always been strong, and with “Simulation Game” we believe they have delivered the album that will take them to the next level”.

Check out the first digital single ‚The Traveller‘ as a lyric video (out: 13.12.)

Voodoo Six will be touring the world throughout 2020 to promote Simulation Game which will be released globally through Explorer1 Music on March 6th, 2020, and can be pre-ordered now in digital download and CD digipack here https://smarturl.it/VoodooSix and at www.explorer1music.com/shop.

The Traveller, Gone Forever, Liar and a Thief, Inherit My Shadow, Last To Know, Lost, Never Beyond Repair, Brake, Control, One of Us