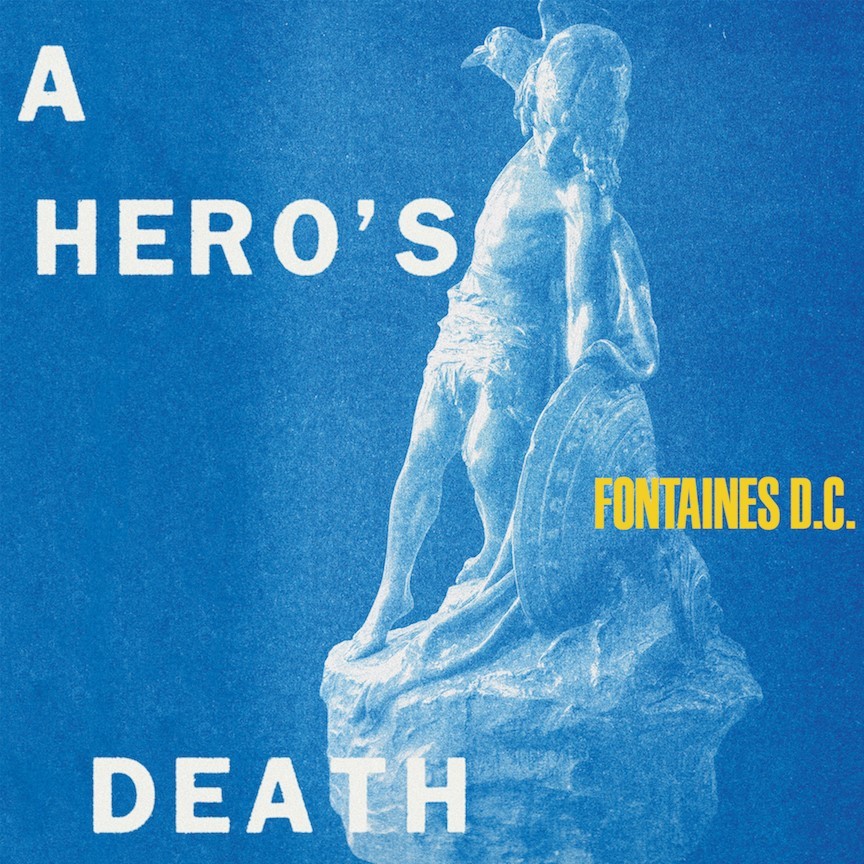 Barely a year since their debut ‘Dogrel’ earned them a spot as one of the most acclaimed new bands of 2019, Dublin’s Fontaines D.C. will return with ‘A Hero’s Death’ on 31st July via Partisan Records.

Arriving battered and bruised – albeit beautiful – the album is anything but a re-hash of the swaggering energy from their first record. Instead, the music is patient, confident, and complex – a heady and philosophical take on the modern world and its great uncertainty.

Singer Grian Chatten has this to say about the song and video:

“The song is a list of rules for the self, they’re principles for self-prescribed happiness that can often hang by a thread. It’s ostensibly a positive message, but with repetition comes different meanings, that’s what happens to mantras when you test them over and over. There’s this balance between sincerity and insincerity as the song goes on and you see that in the music video as well. That’s why there’s a lot of shifting from major key to minor key. The idea was influenced by a lot of the advertising I was seeing – the repetitive nature of these uplifting messages that take on a surreal and scary feel the more you see them.

The title came from a line in a play by Brendan Behan, and I wrote the lyrics during a time where I felt consumed by the need to write something else to alleviate the fear that I would never be able follow up ‘Dogrel.’ But more broadly it’s about the battle between happiness and depression, and the trust issues that can form tied to both of those feelings.”

To record ‘A Hero’s Death,’ Fontaines D.C. rejoined producer Dan Carey (Black Midi, Bat For Lashes) in his London studio. Together they carved out a more restrained, spectral balladry that runs through a good portion of A Hero’s Death, citing influences from Suicide, The Beach Boys, and Leonard Cohen to others including Beach House, Broadcast, and Lee Hazlewood. With album art featuring a statue of the mythological Irish warrior Cúchulainn that stands in Dublin as a commemoration of the Easter Rising, there are layers to the phrase “A hero’s death.” The album serves as a conscious effort to subvert expectations, to challenge themselves and their listeners, and to sacrifice one identity in order to take on another – one that is fully their own.

‘Dogrel’ debuted Top 10 on the UK album charts, earning Fontaines D.C. a Mercury Prize nomination, #1 Album of the Year positions from BBC 6 Music and Rough Trade, a performance on The Tonight Show with Jimmy Fallon and numerous sold out tours in the UK and abroad – including triumphantly selling out London Brixton Academy in just 1 week. The Guardian (who gave the album 5 stars) praised ‘Dogrel’ as being “brilliant, top to bottom,” The FADER called Fontaines D.C. “One of the most exciting new bands around,” and NME (who also gave ‘Dogrel’ 5 stars) called them “One of guitar music’s most essential new voices.” Watch a clip from their instantly legendary Glastonbury set here.

Fontaines D.C. plan to tour extensively behind ‘A Hero’s Death,’ more info to be announced soon.