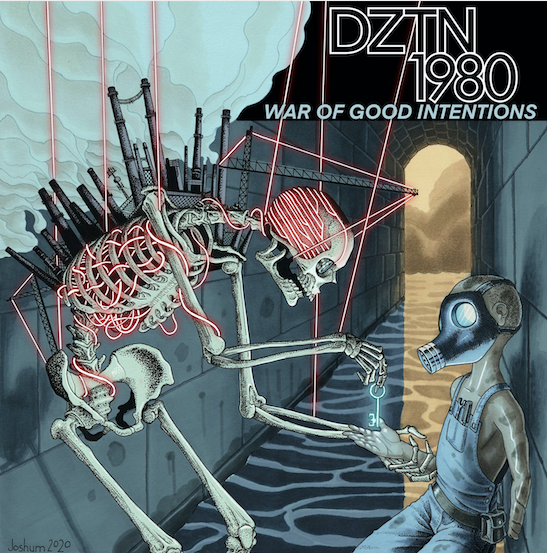 Focused on exploring music with a wider perspective than previously performed in that Oregon punk band, Dustin aims to expand the range of his musical output over the next several years. He’s got a new computer, DAW, and interface, and arguably too much free time, so the sky’s the limit. In addition to the debut (only electric guitar, a la Billy Bragg) album, ‘Outside The City,’ and the latest home-recorded project (post-punk/synthwave, in the vein of New Order & Gary Numan), ‘War of Good Intentions ‘(both available on limited-run cassette), expect at least one (or three?) more releases before 2020 is mercifully over with …

A limited run of cassettes also available for pre-order via Bandcamp.

The album will be available to stream on all other DSPs by the end of this week.