Ode To You – K POP SEVENTEEN 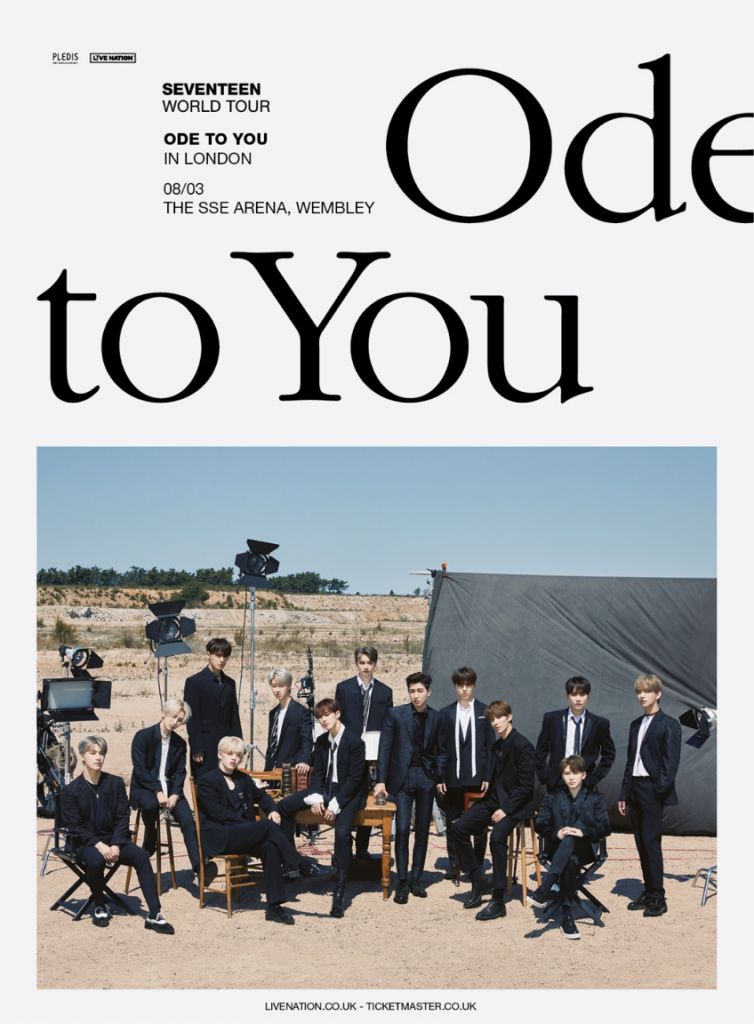 South Korean boy band and K-Pop stars SEVENTEEN announce venues for the European leg of their Ode To You World Tour.

Produced by Live Nation, the exclusive 4-city European run will kick off March 3rd at the WiZink Center in Madrid, with stops at La Seine Musicale in Paris and the SSE Arena, Wembley in London before wrapping March 10th at Mercedes-Benz Arena in Berlin.Tickets for the Ode To You World Tour will go on sale to the general public on December 19th 2019 at 9am local time at LiveNation.co.uk

SEVENTEEN is a 13-member group that consists of 3 units: Hip-hop, Vocal, and Performance. Along with their debut in 2015 with their first mini album, <17 CARAT>, the group gained much attention from the public and was soon identified as super rookies. As the members began participating in the production of their own music, they grew to be known as “self-producing idols.” The 3 different units each exhibit their own distinct charm and color, but when they all come together to perform as one group, SEVENTEEN, the synergy multiplies; instantly captivating fans throughout the world.

In September SEVENTEEN released their 3rd studio album, An Ode, which became the groups best-selling album to date. The Ode To You World Tour kicked off in Seoul with 3 sold out shows at Olympic Gymnastics Arena.

The 2020 North American dates are the first in the market since their first world tour, Diamond Edge in 2017.

SEVENTEEN earned a number 1 single on Billboard’s K-Pop 100 Chart and 4 top 10 hits, as well as reaching number 2 on the Billboard Social 50 Chart, with 25 songs in the World Digital Song Sales Charts, 16 of which are in the Top 10.

SEVENTEEN 2020 ODE TO YOU EUROPEAN DATES:

Tickets go on general sale Thursday 19th December at 9am at LiveNation.co.uk