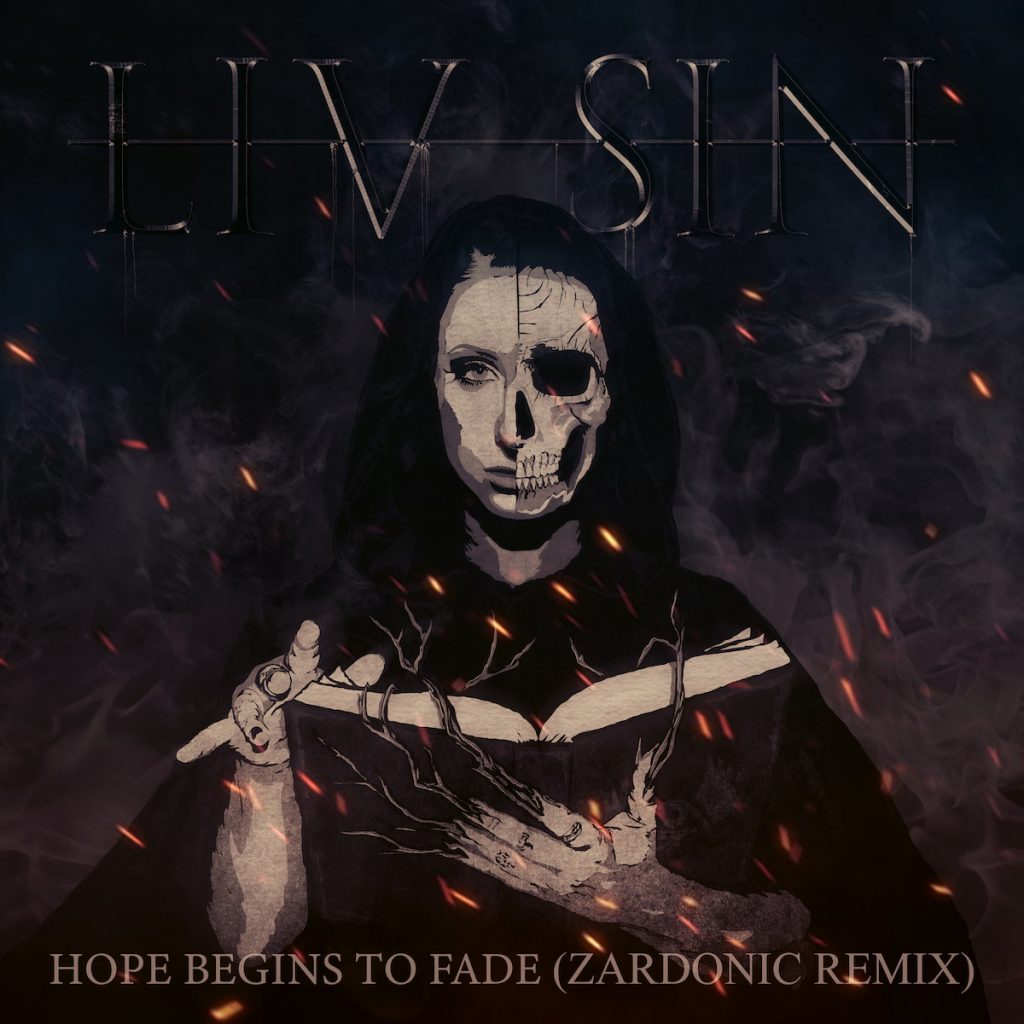 With his remix of Hope begins to fade, Zardonic expertly utilizes elements from the original song to create an unapologetic piece of music. That is as heavy as it is bombastically anthemic! Just like in the original track, you can hear the majestic voice of the guest singer  Björn “Speed” Strid (Soilwork, The Night Flight Orchestra) in an ultimate combination with the singer Liv, that gives the song that extra punch!

“This song not only spoke to me. It was like somebody else was screaming out loud the words that I didn’t know were in my head. We are the architects of our own mental prison, and it is only at those moments, when all hope is lost, that we have no other choice but to stand up, fight the demons and remember that we always, always have a choice.” // Zardonic

“It’s definitely pretty cool to get someone like Zardonic to remix, his version of our song “Hope Begins to Dade” gives a different feeling and will be perfect to accompany a long morning run.”

Zardonic
Born and raised in Venezuela and defying both the UK-centric focus of Drum & Bass and the anti-electronic cultism of Metal music, Zardonic’s musical mission is to stir the sonic melting pot, to blend and cultivate a sound that resonates with music fans who worship energy above all else. Zardonic uses his mask and his tendency for pummelling, cross-genre beats to both visually and audibly create alternative perspectives on what music can be. His music covers a dearth of atmospheres and as snarling riffs surge through dancefloor orientated bangers, more contemplative cuts lie in the background providing depth and melancholic ambience.

With features and remixes from Celldweller, Evol Intent, The Qemists, Dub Elements and more, both long plays represent Zardonic’s overwhelming presence in not one but two international music communities. His track ‘Bring It On’ with Mikey Rukus was used as the official theme for the NBCSN World Series of Fighting and he’s also remixed Bullet For My Valentine and Nine Inch Nails. Zardonic has headlined events in 40 countries, such as a headline set at the legendary Japanese Metal festival Loud Park, held at the 35,000 capacity Saitama Super Arena. 2019 saw fifteen years of Zardonic, nearly seven million streams on Spotify and three nominations in the prestigious Drum & Bass Arena Awards.

Liv Sin
Following on from the acclaimed ‘Follow Me’ album, Swedish quintet Liv Sin, led by the unmistakable vocals of Liv Jagrell (ex. Sister Sin), the band last year returned with the powerful and hard-hitting album ‘Burning Sermons’. Channeling their love of classic heavy metal with a bruising modern edge, ‘Burning Sermons’ is a riff-heavy collection; showcasing the band’s innate ability to match melody with aggressive metal with ease. Liv is in particularly fine form throughout, with a voice equally capable of capturing your heart as it is knocking buildings to the ground!

Liv Sin was founded in 2016 and is led by the charismatic singer Liv Jagrell. After thirteen years leading her former band Sister Sin through countless shows across the world, including shows with Slayer, King Diamond, Motörhead, Doro, W.A.S.P. and U.D.O., the band decided to call it quits in 2015. Not one to sit around, Liv soon got the desire to get back behind the microphone and set about finding a new band of brothers. Their acclaimed debut ”Follow Me” was released in 2017 (Despotz Records) and was co-produced by legendary German metal musicians Stefan Kaufmann (ex. U.D.O. & ex. Accept) and Fitty Wienhold (ex. U.D.O.). Showing a leaner, heavier sound, propelled by in-your-face guitar riffs combined with classic heavy metal power. Reviewers likened their sound as a mix of Judas Priest, Arch Enemy and modern American metal such as Five Finger Death Punch. “Follow Me” received a strong reception and the band hit the road across Europe as both headliner and support to industrial metal machine American Head Charge.