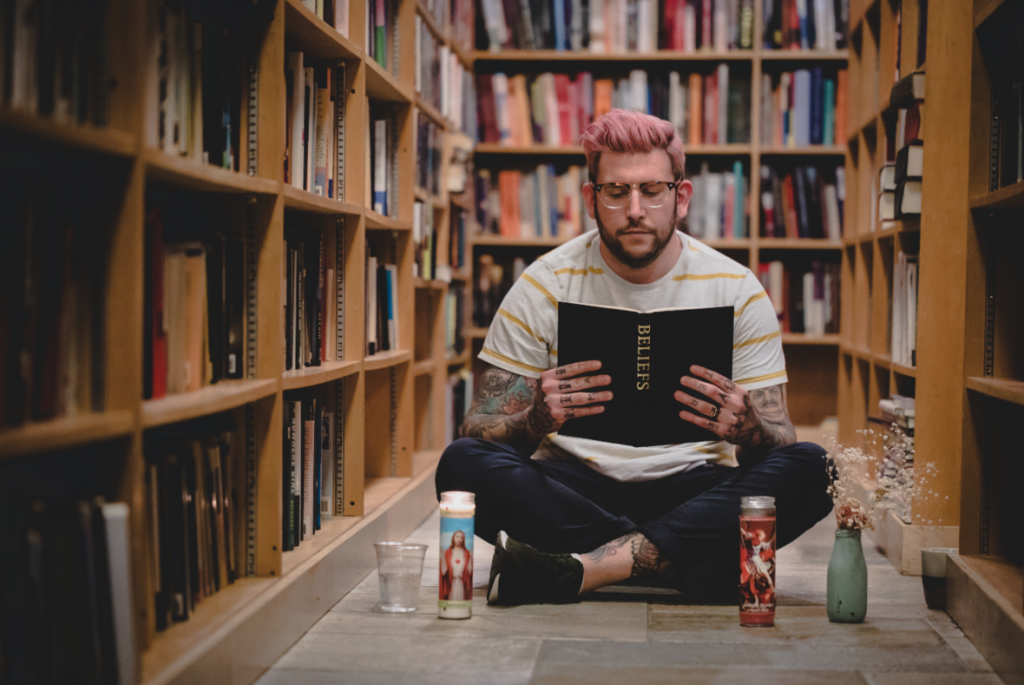 Antonino says, “This was the first song I wrote for the record and conceptually, spiraled into an inspiration for this collection. Hence the title for the song and the record; Coming to terms with being flawed as a human, and everything from my past has shaped what and who I am currently. All of these events are equally important, whether they where good, bad, beautiful, horrifying, tragedy, loss etc. It is all part of our experience.”

Stream the EP ‘I Too, Am Flawed’ here:

A frontman venturing off into solo territory creates a path that’s well-worn and well-understood, but few take detours like this out of necessity. Connecticut’s Antonino Lappostato spun off from his band Con Etiquette—a New Haven love letter to the state’s expansive alt-rock bloodline—to better articulate the themes tucked away in his lyric sheets. While Con Etiquette also grapples with Lappostato’s history of substance abuse, mental health struggles, and the aftermath of sudden loss, these cathartic vignettes were often lost in translation. ‘I, Too, Am Flawed’ strips away the full-band glimmer to reveal the heartbreak and humanity underneath. Its immediateness and vitality is no accident: Lappostato wrote everything in a few hours with just an acoustic guitar and a piano.

Lappostato’s sporadic blitz of songwriting accomplished a long-term goal that brought closure to unspeakable tragedy. After losing his mother to cancer in 2005, Lappostato strived to create a collection of tracks that uncover the many stages and shades of grief.

Midpoint “Dying to Grieve” memorializes close friends lost to suicide and overdoses and criticizes the hypocrisy of mourners who grieve for the wrong reasons, while the title track places his mental well-being under a microscope to show where the lines of sobriety, clarity, and eulogy overlap. All the while, Coley O’Toole (We the Kings) dresses up the bare necessities with lush strings. With its elevated production values and plainspoken emotion, ‘I, Too, Am Flawed’ is a document of what’s learned when everything suddenly changes and a welcome companion to anyone traveling through their own hardships.

1. A Work In Progress

5. Along The Way (Profound)