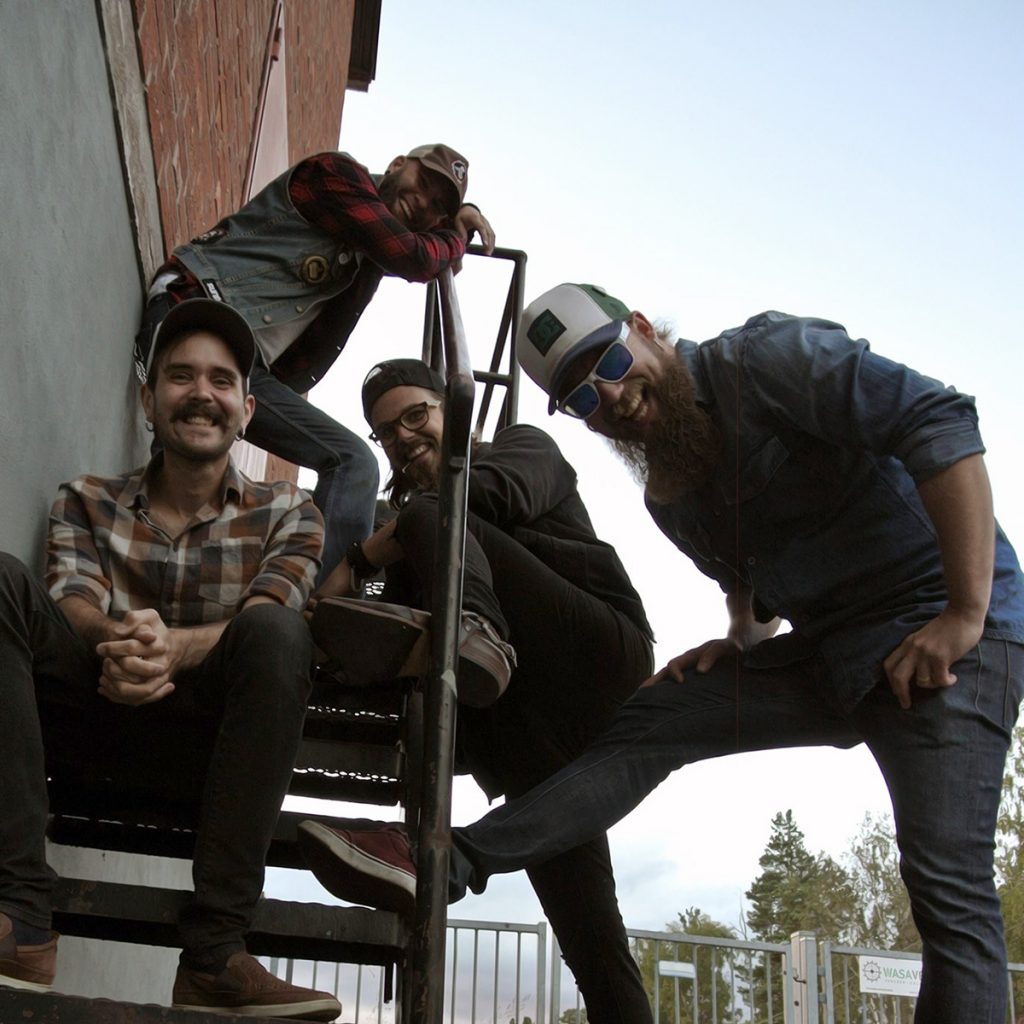 It’s been a longtime, common dream and a lot had been going on since then behind the scenes, when members of AHAB and IN MOURNING got together in 2017 to start a new band project.

Tim Nedergård and Björn Pettersson (both in IN MOURNING, SWE) teamed up with their former bandmate Pierre Stam, when drummer Cornelius Althammer of German doomsters AHAB, who has been connected to the Swedish guys in a 10 years friendship, joined this new and heavy music adventure that is SVÄRD. After extensive jam sessions in Sweden, the collective recorded a first EP and have just signed a worldwide deal with Italy’s powerhouse label Argonauta Records!

Argonauta Records owner, Gero Lucisano, adds: “During these crap months of lockdown, I’ve been lucky enough to intercept a bunch of demo songs from a band I was not aware of. They totally blew me away. It is that type of Heavy Metal that really kicks hard and rocks as hell! Turned out the line-up had a sort of pedigree formed by members of AHAB and IN MOURNING. So, also thanks to our promoter Mona of ALL NOIR, who is also working with AHAB for many years, everything was quite easy to make all parties happy and super enthusiast to start out together.”

Titled The Rift, SVÄRD‘s debut contains 5 heavy as hell, stomping metal tracks combined with psychedelic elements. Set for a digital release on July 3rd 2020 with Vinyl formats to follow, The Rift was mixed and mastered by noone less than Jonas Kjellgren (Sabaton, Hypocrisy, In Mourning, October Tide, Amorphis, and many more ). Today, SVÄRD have shared a first teaser, taken from their studio sessions of The Rift.

The Rift Tracklisting:
1. Hallowed Grounds
2. A Rift in the Green
3. Palaeocene Flames
4. The Burning Asylum
5. The Portal

The Rift is slated for a release on July 3rd in digital formats, while a Vinyl edition will follow via Argonauta Records as well. SVÄRD are currently working on a full-length album, which will see the light of day in the not so distant future.