Morgan Gives Us More Than My Hometown 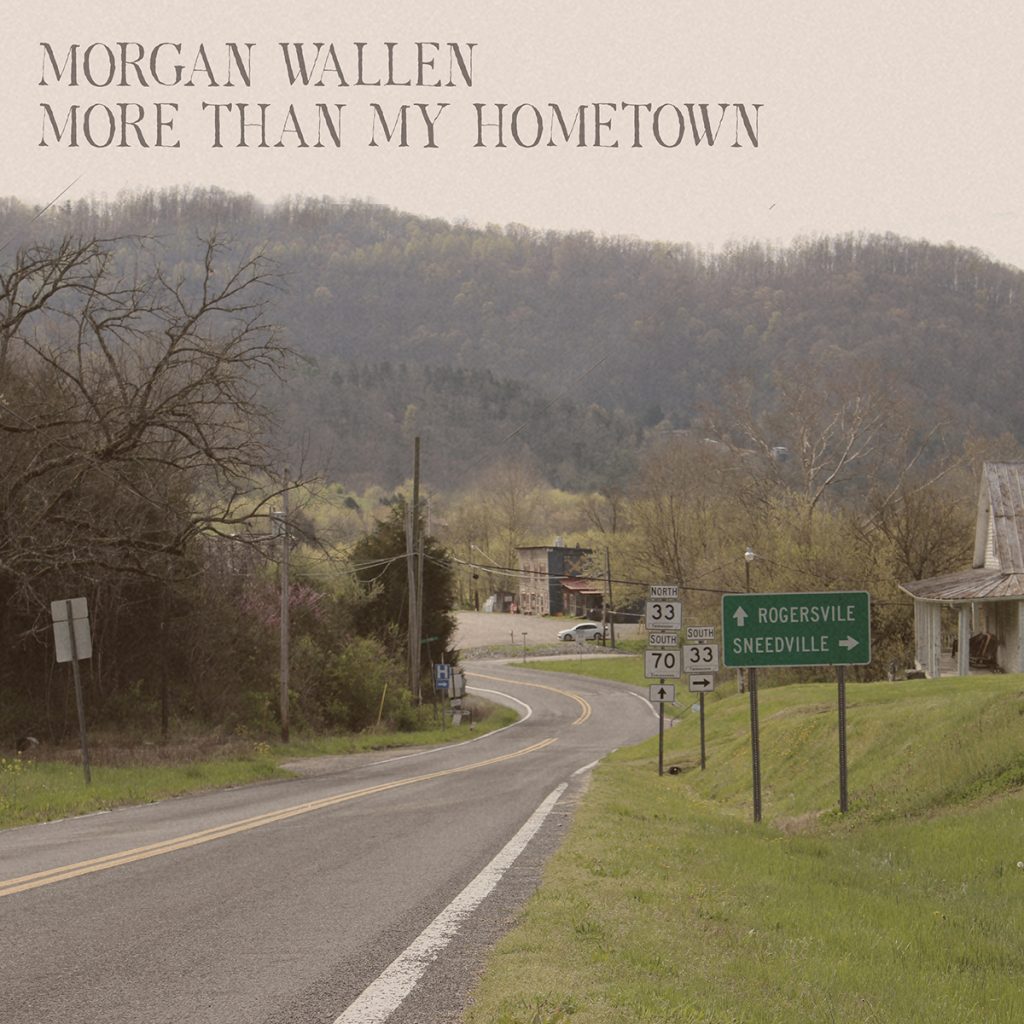 Co-written by Wallen with Michael Hardy, Ernest Keith Smith and Ryan Vojtesak and produced by ACM Producer of the Year nominee Joey Moi, the last-stand anthem settles on a romantic crossroads where two paths are destined to split. With sunset sonics and a nostalgic vocal, it’s far from a bitter sendoff, filled instead with compassion and inner conflict as the gravel-voiced hitmaker wanes vulnerable and aims to prove he’s enough.

Morgan Wallen was due to tour the UK for the first time in a run of sold-out dates next month, but last week shared with fans: “For obvious reasons we’ve had to cancel these shows. I’m sorry y’all. I wish there was some way around it, but this is our only option right now. I was looking forward to coming over there so much, I’ve never been to the UK before. I’ll be back. Y’all take care and stay safe during this weird time.”

The critically acclaimed country renegade continues his hot streak with a slew of new achievements, earning his first-ever ACM nomination for New Male Artist of the Year and recently topping 2.5 BILLION total career streams. His first-ever chart-topper “Up Down” just doubled down on PLATINUM certifications from the RIAA, matching his most-recent chart-dominating #1, 2X PLATINUM “Whiskey Glasses,” while current GOLD-certified single “Chasin’ You” races towards Country radio’s top spot, climbing inside the Top 5 this week.

Morgan Wallen has staked his claim as Country music’s next superstar with over 2.5 billion career streams, several Gold, Platinum and Multi-Platinum certifications, and back-to-back chart-toppers. “Un-apologetically fresh and modern” (The Tennessean) with “an authenticity that fans can feel,” (PEOPLE), the dynamic Tennessee native has been riding a red-hot streak since 2017, collecting accolades which include: Billboard’s #1 song of 2019 (multi-week #1 “Whiskey Glasses”) on both the Hot Country Songs and Country Airplay charts, his first-ever nominations at both the CMA Awards (2019 New Artist of the Year) and ACM Awards (2020 New Male Artist of the Year), a nod for 2019 CMT Breakthrough Video of the Year (“Whiskey Glasses”), spotlight placements on PEOPLE’s 2019 Ones to Watch and MusicRow’s 2019 Next Big Thing lists, and high-profile features by The Associated Press, The Washington Post, Genius, and more. While romantically-charged current single, “Chasin’ You,” continues racing through Country radio’s Top 5, Wallen jump-started the new decade with the surprise release of his reflective coming-of-age anthem, “This Bar,” in tandem with crossover Diplo collaboration “Heartless,” and newest release “More Than My Hometown.