Thank You Trent – Thank You Very Much 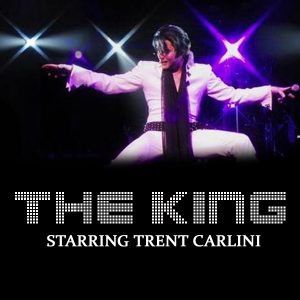 We say goodbye and thank you very much to Trent Carlini who has sadly passed away at just 57 following a stroke.

Trent was a renowned Elvis Presley tribute artist (ETA) who performed at many Las Vegas resorts dating to the early 1990s, has died. County officials confirmed Carlini died at 1:20 p.m. Sunday at Centennial Hills Hospital in Las Vegas. His former producer Joey Battig said that Carlini had suffered a major stroke on Saturday. Las Vegas media report details of a tribute being planned for him in Las Vegas are pending.

Trent Carlini’s tribute artist contemporary Rob Garrett, posted a Facebook message about Carlini Sunday night: “Rest in peace to one of the best ETA’s to ever grace the tribute artist industry. No one could touch you when you were at the top of your game.”