Malevolence – The Other Side 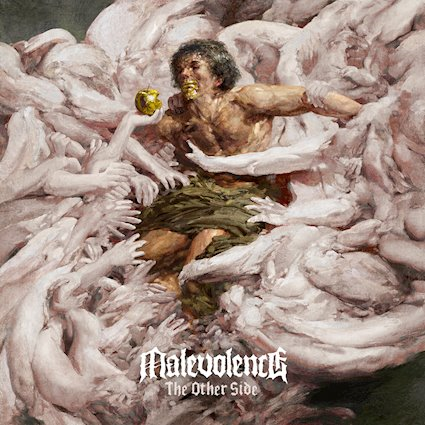 Sheffield shredders MALEVOLENCE are releasing their new EP “The Other Side” via their own label, MLVLTD Music, on 24th April.

Malevolence have earned a cult-like following of die-hard fans and a reputation as one of the most ferocious live bands that UK heavy music has to offer. The five-piece wear their independence as a badge of honour, handling as much of their operation in-house as they possibly can. They are completely self-managed with everything done in house, from booking shows, dealing with distribution and designing their own merch.

There’s no one quite like Malevolence – their Lamb Of God, Crowbar and Hatebreed influences melding together to create a sound distinctly their own.

What did we think of the new EP? – MALEVOLENCE turned everyone’s heads in the metal world when, still in their teens, they dropped their debut album back in 2013 (Reign of Suffering). Displaying that the band had confidence to deliver ‘in your face metal’ with banging beats down your ear canal, with the two sounds mixing with ease at neck breaking speed.

The Sheffield quintet have made no attempt to cut corners with this EP. With audio production handled by Carl Bown (Trivium, Bullet for My Valentine) and stunning artwork from Eliran Kantor (Testament, Iced Earth, Sodom, Venom Prison, Hatebreed) Malevolence have team up with the very finest talent in metal, to ensure that the quality of the project is up there with the greats.

The show opens with Remain Unbeaten, but do not be fooled by the atmospheric guitar intro here. The neck thrashing sound that follow is packed with aggression and the swagger of Pantera for good measures.

Keep Your Distance is a brief and brutal track which features a guest appearance from KNOCKED LOOSE‘s frontman Bryan Garris. With his scream against that of vocalist Alex Taylor this track is in danger of breaking the social distancing rules by getting everyone out in the mosh pit.

The title track ‘The Other Side’ is the shining masterpiece of the EP. Showing Malevolence creative side with a melodic intro followed by Eddie Vedder style vocals that is full of emotion.

The only negative? It has 3 tracks. A full album of this quality would be something out of this world.