Pushing The Boat Out – HEADS. 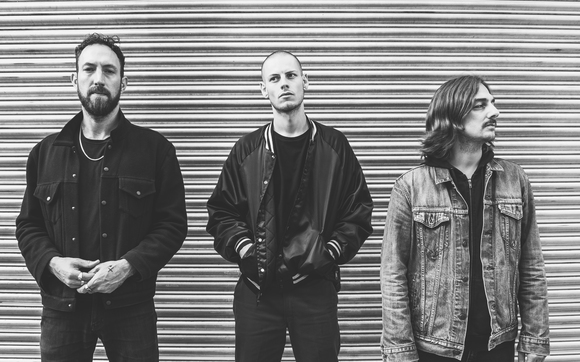 Following their critically acclaimed 2018 album, Collider, the trio from Berlin and Melbourne continues to evolve their very own blend of noise-rock, post-punk and alternative rock in a sprawling soundscape – an experimental, wild, distinguished, radical and yet still catchy ride!

HEADS. upcoming album was recorded in Berlin by Kadavar’s Christoph Bartelt, while Magnus Lindberg of Cult Of Luna took care of the mix and mastering. Appearing throughout the record you will hear guest musicians such as Kristof Hahn (Swans), Matthias Feit (Radare) and Markus E. Lipka (Eisenvater). Now, HEADS. have shared a first appetizer with the drifting track Push You Out To Sea, featuring Matthias Feit on guest guitars and Rosa Mercedes of Kino Motel. Listen to the song HERE!

“Push You Out To Sea is a strange easy song. It doesn’t feel easy, but it is.“ Says vocalist and guitarist, Ed Fraser. “ It’s the idea that you can force things out if you choose to. It’s the moment where you consciously make the wrong choice, right at that point where you fully understand the result of your decision. You make the wrong choice because you have the option to. You hold on to the oars and push the boat out from the shore, you leave it to sail out and off the edge of the earth.

Chris and Nic’s bass and drums are astounding in this song, live it is an incredible feeling to play this one. On the record Matthias Feit of Radare played some really excellent guest guitars, and Rosa Mercedes of Kino Motel added some wild feedback in the middle section.“

1. Empty Towns
2. Weather Beaten
3. Push You Out To Sea
4. Loyalty
5. Rusty Sling
6. Nobody Moves and Everybody Talks
7. It Was Important
8. A Swarming Tide
9. Paradise
10. As Your Street Get Deserted

HEADS. is Ed Fraser (vocals, guitar), Chris Breuer (bass) and Nic Stockmann (drums). Founded in Berlin in 2014, the trio released their self-titled debut in 2015 on This Charming Man Records, followed by countless shows with artists such as Metz, Daughters, Nothing, Protomartyr and Whores. After Collider, the band’s latest album released in 2018, and following extensive touring all over Europe and the States, HEADS. have taken a massive step forward with PUSH. The album is a wall of sound, a monolith. This is a challenging, original and wild record for fans of acts like Swans, Helmet, The Melvins, Tar, Codeine, Metz, The Jesus Lizard or Protomartyr. Slated for a release on May 29th via Glitterhouse Records, with much more news and tunes to follow in the days ahead, the pre-sale for PUSH is available at THIS LOCATION!