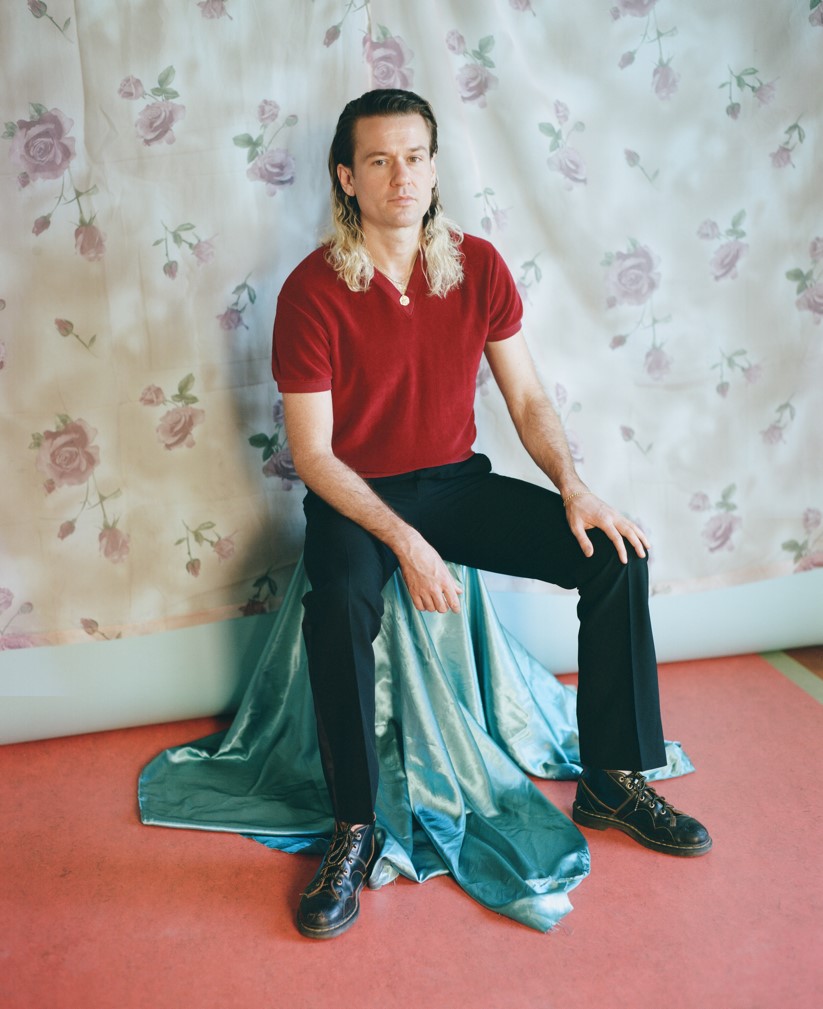 John Carroll Kirby has shared a new single from his forthcoming album My Garden. The single “Wind” is the last track from new album and is accompanied by a new video directed by Michael Flanagan

Flanagan directed the “Wind” video via a FaceTime call during the lockdown, with Kirby using a green screen in his studio to execute his instructions. The song, a sleepy yet lucid composition, was inspired by Ethiopian nun and piano player Tsegué-Maryam Guèbrou. John explains: “My friend told me a story of the first time he heard Guèbrou, that a desert wind drifted through the room as he fell into a half-sleep. I tried to conjure some of that energy here.”

On making the video, Flanagan explains, “I wanted to take that half-awake, half-asleep transitive state and convey that with the visuals. John’s approach is so fluid and playful with time – and I tried to match that in the edit, smearing and layering movement across the track. The idea was to make a piece that follows the experience of listening to the song rather than projecting a prescribed narrative on the viewer.”

My Garden, which was written, recorded and produced entirely by Kirby, is a pure distillation of his sound — soulful, spiritual, and evocative. Demonstrating perfectly why Kirby is the go-to collaborator for artists ranging from experimental auteurs Bat for Lashes and Connan Mockasin to pop megastars Harry Styles and Kali Uchis, and R&B innovators Solange and Frank Ocean, My Garden is a testament to the clarity and singularity of Kirby’s vision.

Singles already released from My Garden include “Blueberry Beads” and “By The Sea”. Last week Kirby also shared the piano album Conflict, a collection of instrumental pieces spontaneously released for free in response to the escalating global crisis, with the hope that it might help fortify the listener and induce inner calm.