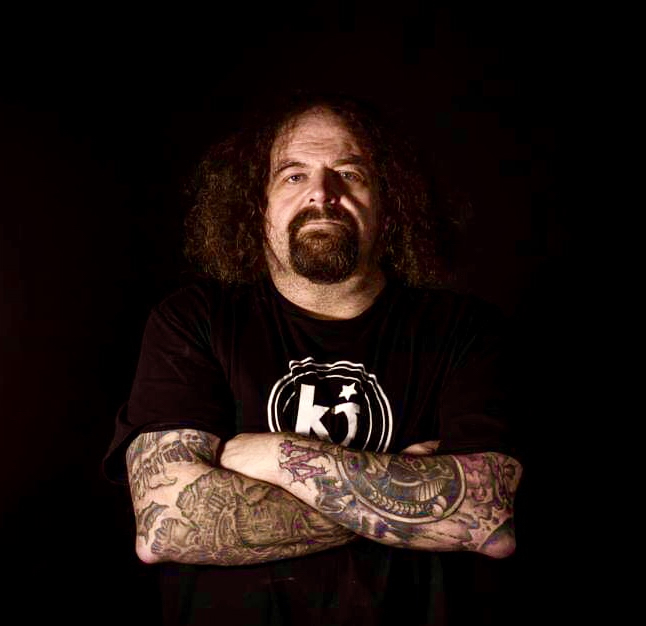 While it’s largely true that creativity is not a tap that can be turned on and off, some musicians simply can’t stop generating brilliant new ideas.

Best known as a member of grindcore gods NAPALM DEATH, Shane Embury has been one of the underground rock and metal scenes’ most prolific and inventive figures over the last 30+ years, with countless intriguing (and generally deafening) bands and projects to his name. But a new decade brings a new perspective and a brand new musical venture that takes the revered noisemonger into uncharted territory.

Emerging with an extraordinary debut album that is guaranteed to blow minds, DARK SKY BURIAL marks the moment in Embury’s artistic life where all restrictions and boundaries are obliterated forever. A vivid and immersive trek through dark ambient soundscapes, unsettling industrial noise textures and wild, disorientating electronics, ‘De Omnibus Dubitandum Est’ is both a radical departure and a thrilling glimpse of future possibilities.

“Even though my roots were rock and metal based, I’ve always consciously been on the lookout for new sounds and bands,” says Shane. “As a very young kid I was obsessed with recording TV themes on my tape recorder, which always baffled my friends! Since the early ‘90s I’ve wanted to get into making loop-based stuff – soundtrack-inspired music, I guess.”

Pieced together steadily over the last 20 years, DARK SKY BURIAL’s first full-length is a deep, dark and diverse beast that flows beautifully from spine-tingling start to emotionally devastating finish, via some of the most curiously evocative sounds, noises and – perhaps most surprisingly – melodies that Shane has ever conjured.

Check it out now on bandcamp: https://darkskyburial.bandcamp.com/

With more DSB albums in the works and, as ever, countless other musical endeavours to be getting on with, Shane is ploughing through this strangest of years like the unstoppable trooper he’s always been. But for those craving an escape from the madness all around us, ‘De Omnibus Dubitandum Est’ offers a new sonic world to dive into and explore, with one of underground music’s most restless souls leading the way.

“I believe the English translation of the album title is ‘Everything must be doubted’ or ‘Be suspicious of everything”,” Shane concludes. “I came across it one night, randomly typing in words on the internet to see what came up. The title comes from a book by Soren Kierkegaard. The philosophies in there just seemed to resonate with me. It all seems very apt for our current predicament!”