A Bad Year For The Roses – TV Priest 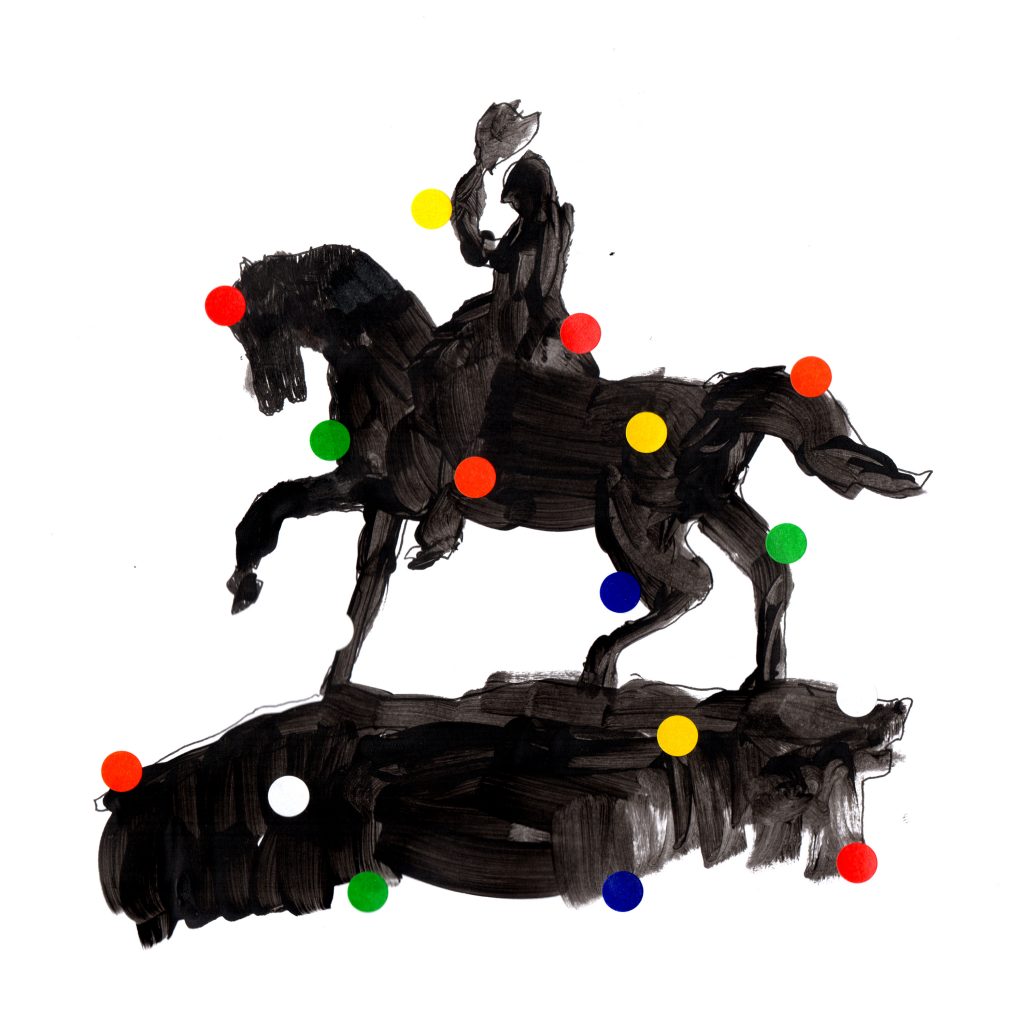 TV Priest are a new band from the outskirts of London. Firm friends since their youth, first making music together as teenagers, the band wandered in different directions before, somewhat inevitably, they began to write and rehearse again late last year.

Early songs took form in their studio space in Hackney Wick and they knew they were onto something a little special – “House of York”, their propulsive debut single, was recorded, engineered and mixed by the band themselves.

Awash in a spectral sound somewhere between post-punk, prog and kraut-rock, the band cite the likes of PiL, Stereolab, Ought and The Fall among their formative influences. Front man Charlie Drinkwater has the following to say about the sentiments behind the band’s opening statement:

“House Of York broadly addresses the approach to class and the philosophical and psychological impact a monarchy has had on our country. The idea of an ordained family, traditionally and historically appointed by ‘God’, has defined our country in both ways both good and bad.

We were interested in the less positive outcomes this sense of ‘leadership’ has had, how an individual is conflated with a national ‘cause’ or set of rights and macro actions. Can the UK ever truly be meritocratic with a principle like a constitutional monarch? Our guess is probably not.

The title is an overt nod to the War of the Roses; the House of York was seen by many as the ‘true’ heir to the English throne but the Tudors won the war and the Yorkists were swept away, with their power assimilated into the Tudor monarchy. We thought it was an interesting metaphor for how history and myths are at best pretty sketchy and at worst lies built for the benefit of an establishment, ruling class or vested interest. Thus proving that ‘divine’ rights or class structures are simply coercive devices and should be broken apart and treated as such.”

The artwork is of Prince Albert in London, painted by front man Charlie, also a visual artist, himself.

The band will follow “House Of York” with additional material to land throughout the year, with a live set and further in-person ambitions readied for the end of the pandemic.

These include their next scheduled performance supporting Egyptian Blue at London’s The Lexington on September 29th.