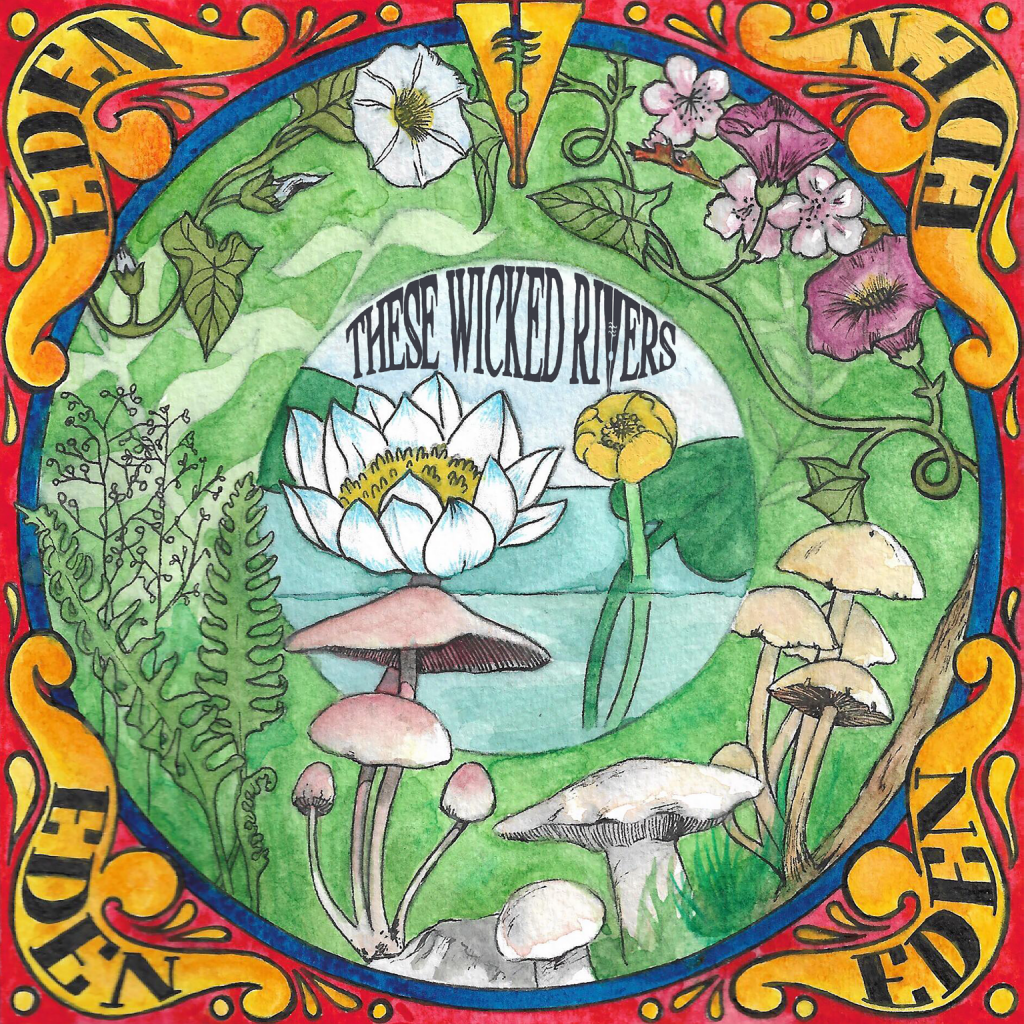 These Wicked Rivers are excited to announce the release of their second single Floyd, taken from the band’s forthcoming debut album Eden set for release on 22ndMay 2020.

Floyd is an outstanding track that leaves no doubts on the band’s lyrical and musical capabilities. A dark tale about mankind’s true nature finds its perfect companion in the deep intensity of Floyd’s sonic dimension. This is more than blues-infused modern rock, this is a complex layering of captivating riffs, heavy and distorted sounds intertwined and blended with gritty vocals and an intense, almost sensual, guitar solo.

Guitarist Arran Day comments: “Floyd was the first song I ever brought to the band lyrically. It’s a tale about a homeless gentleman who sits in doorways silently watching people committing sins “… Floyd sits still in the cold wet night, shackled to the sins he’s indebted to find…” The people he’s been watching eventually notice him and all of a sudden Floyd disappears. Was he murdered by the people to hide their lies or was he a projection of their guilt which they’ve just removed to continue happily sinning away? Who knows?”

Floyd is taken from These Wicked Rivers debut album Eden: an excellent record that presents to the public a skillful band, capable of crafting strong songs and executing them with flawless musicianship. Drawing inspiration from the likes of Black Stone Cherry and Clutch, the band created twelve tracks which organically and seamlessly co-exist and interact, producing a cohesive record.

Drummer, Dan Southall says: “With this album, we’re really proud of what we’ve achieved. We feel we’ve made an album that encapsulates everything we have done before and shows what we want to be in the future. We’re humbled so many people have pre-ordered and can’t wait to get it out there!”

To celebrate the debut album release the band was set to embark on a full UK tour from May, supporting British rockers Ryders Creed. Unfortunately, due to COVID-19 pandemic the band will be postponing the tour. Some of the dates have already been rescheduled and are listed below, including the highly anticipated launch party, which will now take place on 25thSeptember. Further dates are in the process of being confirmed and will be announced soon.

Dan Southall adds: “We can’t wait to get the album out there when we’re able to. We’ll now be celebrating our album release in September, when we’ll party like it is May 22nd! In the meantime, keep an eye out for some acoustic sessions with John via our socials and we’ve got something pretty cool to help you all through the lockdown coming in the next few weeks… stay tuned!”