A Tangerine Climax – The Lazy Eyes 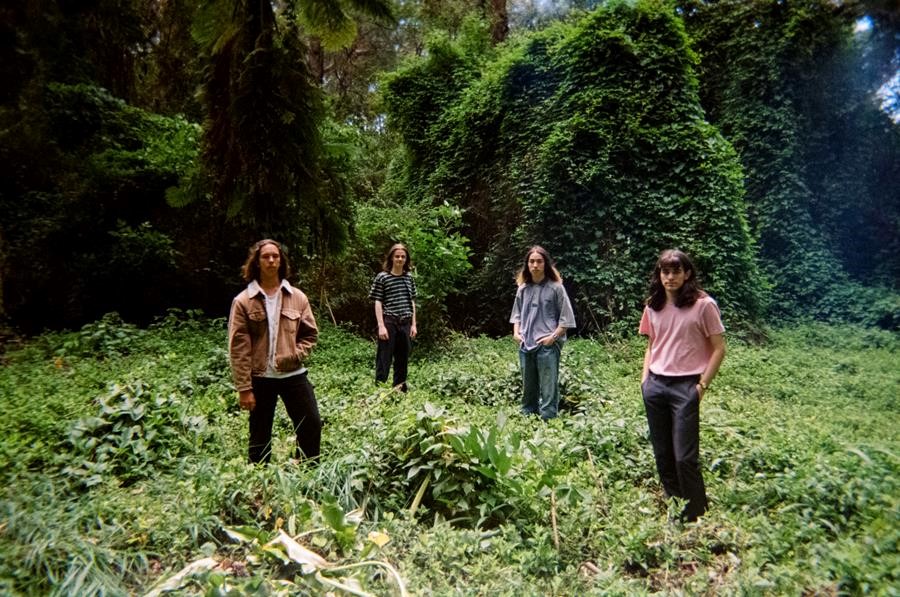 Harvey Geraghty (vocals, guitar, keys), Itay Shachar (vocals, guitar), Blake Wise (bass) and Noah Martin (drums) have been playing together since they were 15, having met each other while attending a local Sydney performing arts high school. Like “Cheesy Love Song,” “Tangerine” dates back to the group’s formative high school years, the product of basement jam sessions, borrowed equipment and the overflowing energy of creative youthfulness.

Of the track’s origins, the band says: “‘Tangerine’ is the first original we ever learned to play. It’s funny looking back on it because the rhythm of the melody was so hard for everyone – especially poor Noah on the drums – to nail. Nowadays the song is a breeze and It would be weird if it wasn’t, considering we have played it more than any other song in the set. Harvey finds a new and inventive way at every show to make the guitar solo ‘interesting.’ Expect the unexpected from him. The recording came together slowly, adding layers one by one and producing it in our home studio. Sonically it’s still nostalgic of the time when we were just starting to learn to play with each other and really becoming a band.”

Named as a future act to watch by triple j, Happy Mag and more off the back of their much-talked-about showcases at BIGSOUND 2019 (Australia’s SXSW), The Lazy Eyes are solidifying this reputation with audiences, taking their constantly morphing, playfully jam-filled live show national with future festival appearances at the Sydney leg of Laneway, as well as Farmer & the Owl and Fairgrounds. Stay tuned for rescheduled international live appearances as well.

“Tangerine” by The Lazy Eyes is out now