DEAD LORD Stick It In Your Face 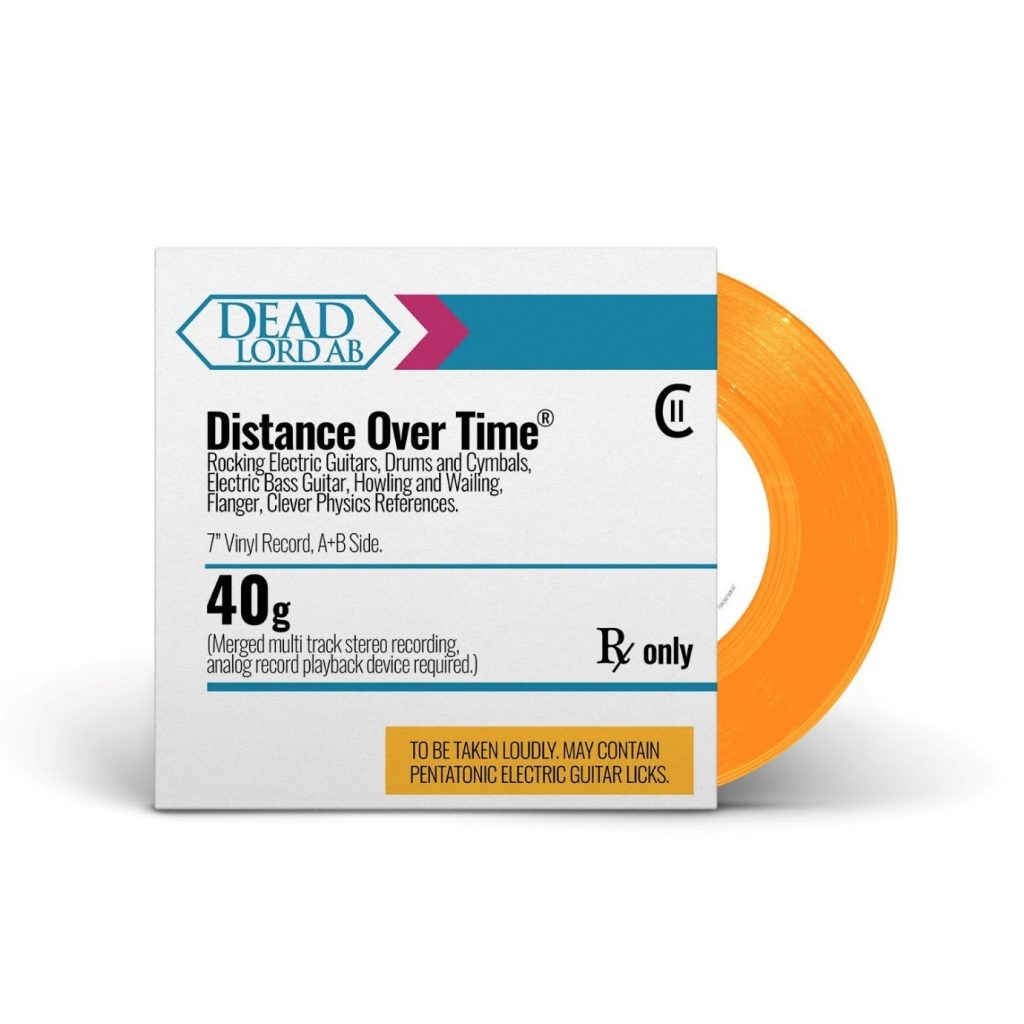 The song acts as an appetizer for their upcoming 4th, as of yet untitled studio album, to be released in August via Century Media Records.

And oh boy, are we in for a treat – “Distance Over Time”, a cheerful up-tempo anthem, has it all: The addictive twin guitar leads, the melodramatic yet uplifting vocals, an irresistible catchy chorus and an in-your-face production, topped off with a fist-bump and butt-shake inducing swagger. The single, just as the upcoming album, was produced by Robert Pehrsson. The single’s B-side will be a live-recording of the Dead Lord song “They!”.

Dead Lord checked in as follows: “ Fellow rock connoisseurs! As you may have noticed, we recently finished recording our fourth and spiciest studio album. We had a few weeks of face meltage at Robert Pehrsson’s Studio Humbucker, which turned out even more face-melting than we had ever thought possible. The album will be out this fall, but to not keep you starved of rockage in these dire times of non-socializing, we will perscribe you a healthy dose of 7″ vinyl rock action for you all to enjoy. “Distance Over Time” is the first track off the new album and the B-side features a live version of “They!” recorded at our favorite venue, the mighty Immerhin Würzburg, sometime back in 2017. Keep banging your heads in your quarantine caves, and we’ll be back on the road sooner than you know…“

“Distance Over Time” will be available as a digital single on streaming and download platforms as well as a strictly limited 7’’ vinyl single in the transparent orange colour with a total of 500x units made.

You can pre-order “Distance Over time” HERE!

More details about the upcoming studio album as well as next Dead Lord tour dates will be revealed soon, so better stay tuned…