One Step Beyond – Beyond Creation 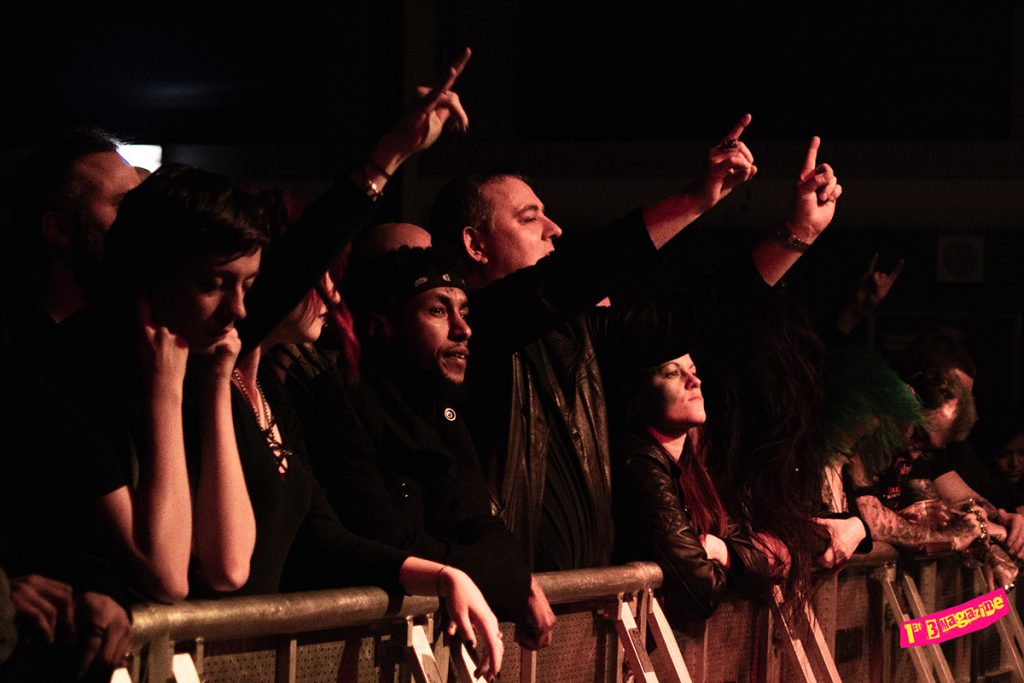 Whether, like me, you are sitting around in silk underwear and feather boa, sucking a strawberry cheroot watching a week’s worth of Clownvis To The Rescue waiting out the virus or re-cutting your back yard for the 100th time – let’s look fondly back when our own Mr T risked life and limb to photograph a flurry of bands embarked upon The Faces Of Death tour. This time we proudly give you Beyond Creation.

Beyond Creation saw the light of day in 2005 in Montreal, Canada but it wasn’t until 2010 that the band was ready to hit the stage with their original line-up consisting of Simon Girard, Kevin Chartré, Guyot Bégin-Benoît and Dominic “Forest” Lapointe.

A year later, they self-released their debut full-length album “The Aura“, which quickly became a highlight in the genre. Since then, Beyond Creation has been known as the progressive, innovative and exciting new metal sound of their homeland, Quebec.

Things started moving at a faster pace in 2013 as they joined Season Of Mist Record Label, re-releasing “The Aura” and touring North America, but also Japan. In 2014, they performed several shows, festivals and tours in North America before the release of their second album “Earthborn Evolution” which had them end the year in Australia and Japan again.

The next year started with the addition of Hugo Doyon-Karout (Brought By Pain, Equipoise, Conflux Collective) as the new bassist.

In 2018, Beyond Creation recorded their highly-anticipated third album “Algorythm”, which is available now.

Additionally, they have performed on the 70 000 Tons of Metal Cruise, Trois-Rivières Metalfest, Modified Ghost Festival, Montebello Rockfest and toured in North America on Obscura’s Diluvium Release Tour while they were preparing new content for their fans and planning their touring schedule for their new album ‘’Algorythm’’, released October 12th of that year. The reviews are unanimous: “Absolutely masterful” Beyond Creation are one of the worldwide leaders in modern technical death metal, and ‘Algorythm’ is a study in the forward motion of intelligent, progressive extremity.

They followed up their release with Algorythm EU/UK 2018, a 25 dates headlining tour all over Europe, playing their entire new album with a brand new live setup.

2019 started with a nomination at Canada’s largest music awards event – The Junos – for Best Metal Album, which placed ‘Algorythm’ among the finest canadian records of the year. In early April, Beyond Creation departed for their first full Latin American tour with Exhumed, stepping foot in several new territories and meeting up with thousands of dedicated and expectant fans. A month later, they went back to Australia, joining Ne Obliviscaris, Caligula’s Horse, Allegaeon and Rivers of Nihil for the Painted Progression Tour, followed by couple of headlining shows in New Zealand!

In June, ‘Algorythm’ was recognized as the Best Metal/Hardcore Album of the Year at the 17th annual Independent Music Awards.

In the Fall, Beyond Creation returned to North America for a 4 weeks headlining tour, supporting ‘Algorythm’ alongside Fallujah, Arkaik and Equipoise.

Stay tuned, Beyond Creation will continue to crush the metal scene and have a lot more good news to share with you in the coming months!

More images from Faces Of Death Tour to follow:

Not to be reproduced in any form without prior written permission.