Caught In The Crossfire – Otherwise 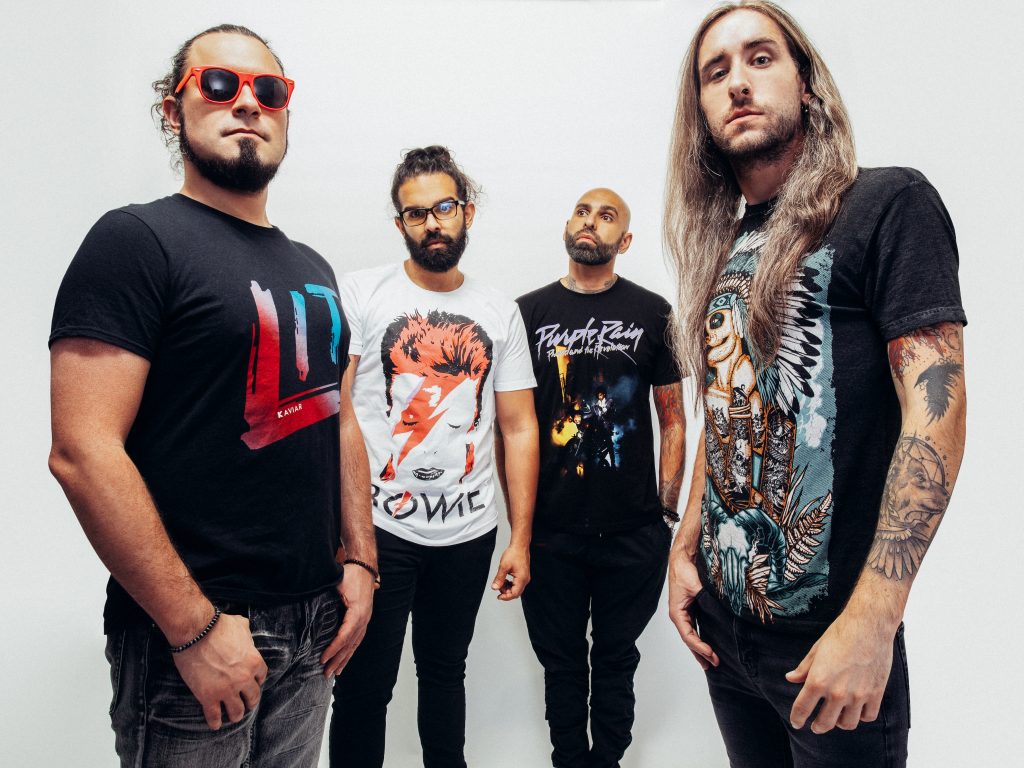 OTHERWISE took to the streets to capture a picture of Las Vegas no one inhabiting the Earth thought they would ever witness.  As the entire civilization across planet Earth navigates towards a better day, the band took the path of continuing to create in support of their recent release DEFY. Today, they present a new video for ‘Crossfire’ .

Singer Adrian Patrick shares, “One of the hardest things we’ve ever had to do, as performing artists, was cancel our Defy Division Tour. It’s left us wondering how we’ll be able to feed our families, if we’ll still even have a career after this.  We know that millions of others across the globe are facing the same dire prospect.  Yet it’s not just jobs and money that we are losing… people are fighting for their lives, right now.  The whole world has been caught in the Crossfire. We never thought we’d live to see the heartbreaking day when the bright lights and dancing fountains are turned off in the Neon Desert.  But we are all in this together, so let’s keep our heads down low and hopes up high, for humanity. This pandemic doesn’t discriminate… and neither does rock n roll. Stay safe, stay home, stay strong.”

The Band Captures Sobering Imagery of Today’s World In Presenting Their Hometown of Las Vegas, Nevada As It Goes Dark

On the release of the lead single “Lifted,” Patrick offered, “We’re currently living in very divisive and polarizing times, but what both sides of the aisle need to realize is that the left wing and the right wing are part of the same damn bird. Thankfully we still have the unifying power of rock n roll with the hope we can all learn to fly together.” As American society comes together in practicing social distancing to reach a moment of containment, and support one another in a manner that potentially is unprecedented, politicians alongside the entire populace will hopefully step forward united as the singer envisioned with hope before the world was turned upside down.

The Las Vegas quartet—Adrian Patrick [lead vocals], Ryan Patrick [guitar, vocals], Nick Bedrosian [bass, vocals] and Joe Conner [drums]—push the boundaries of their signature style in terms of both songcraft and sonic experimentation alike on their latest studio album DEFY.  Since their self-titled independent debut in 2006, they unleashed a string of fan favorite albums—True Love Never Dies [2012], Peace At All Costs [2014], and Sleeping Lions [2017]. Along the way, they tallied 40 million-plus streams and shared the stage with everyone from Stone Sour to Papa Roach in addition to shutting down Welcome To Rockville, Rocklahoma, and Shiprocked!  When we all come through this together, they’ll be back on the stage bringing energy, entertainment and inevitably some level of joy to all assembled market by market across the planet.

Also Check Out The Videos For:
Lifted | Bad Trip | Picking At Bones