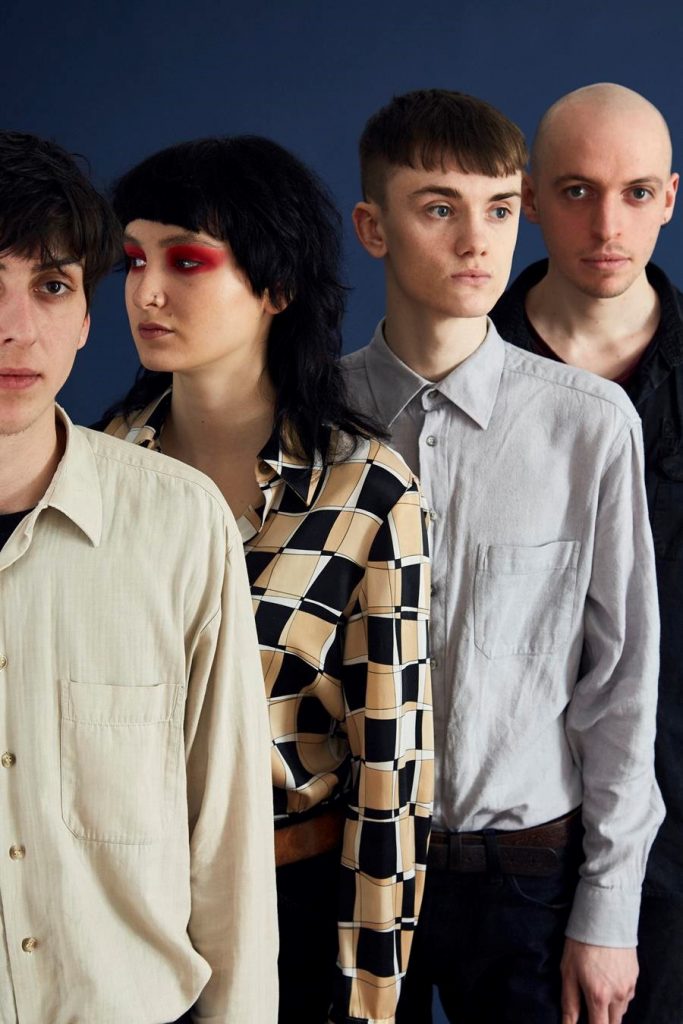 Blanketman are a new band who sweat and toil in a city called Manchester.

Over the last year or two the band have been spearheading a burgeoning scene locally and have gigged extensively throughout the town performing their original brand of restless-legged post-punk, served with a sharper, more sardonic pop edge than many of their more po-faced peers.  So sharp in fact that Steve Hanley, of The Fall and Brix Smith & Extricated, has felt the need to get up on stage with them to perform live on two occasions already.

Having started to make waves nationally with a string of festival appearances and Radio 1 plays in 2019 and 2020, where Huw Stephens had them as a One To Watch at the start of this year, the band release their debut single “Taking You With Me” via PIAS today.

The DIY aesthetics of the video sit side-by-side with the DIY ethics of a band whose most recent show, played a few days before the pandemic was announced, sold out weeks in advance and saw them perform in front of a sold out home crowd in one of the last shows played in the city.

A band with both style and substance in abundance, Blanketman aren’t willing to limit these songs to just the north-west anymore – they’re taking you with them.