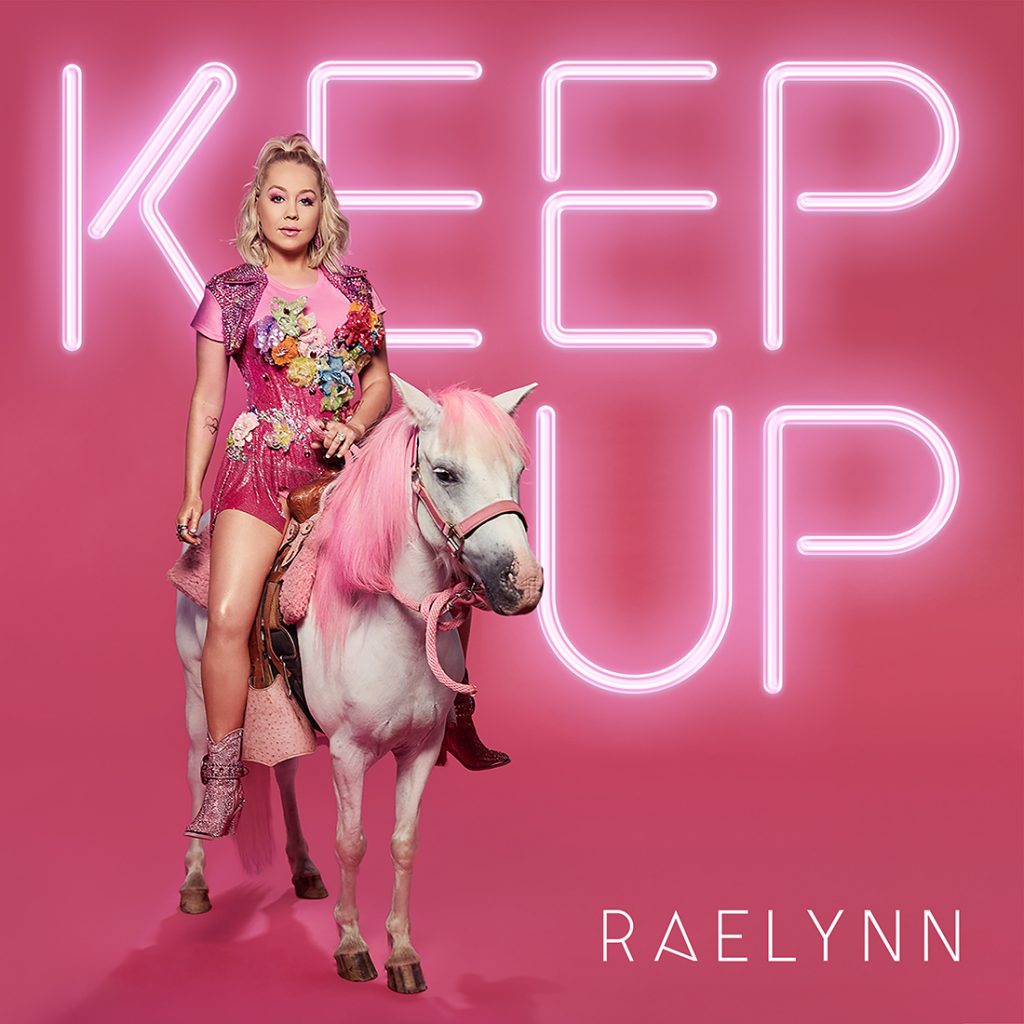 Platinum-selling Country queen RaeLynn has returned with another confident blast of female empowerment, calling on fans to “Keep Up” in her latest song/video (nearly 1m views to date)

“I want women to take away from ‘Keep Up’ that they can be just as rowdy as the guys can! This is the country girl anthem we need,” RaeLynn shared with ET Online. “From the moment I wrote ‘Keep Up,’ I had a vision for a fun video that incorporates my personality and all the bright colors.”

Co-written by RaeLynn with Corey Crowder, Florida Georgia Line’s Tyler Hubbard and Steven Lee Olsen, the twangy, upbeat banger follows her good-riddance breakup anthem, “Bra Off,” and marks the continuation of a bold new chapter. “Keep Up” is the second song released since RaeLynn’s signing to Round Here Records/AWAL – the newly formed label created by FGL’s Hubbard and Brian Kelley – and the second taste of her upcoming EP, due out this spring and produced by Crowder.

After becoming a standout performer at C2C in London last year and supporting Maren Morris on GIRL: THE WORLD TOUR through the U.S. and Europe, RaeLynn is set for a coast-to-coast run of festival appearances this year.

Two-time ACM New Female Vocalist nominee RaeLynn is continuing to redefine Country music with her gift for storytelling through songwriting, accented by a one-of-a-kind, electric personality. Her widely lauded debut album WILDHORSE – arrived at No. 1 on Billboard’s Country Albums Chart and Top 10 on Billboard’s All-Genre Albums Sales Chart – was recognized among the best Country albums of 2017 by Rolling Stone, UPROXX and Stereogum. With both GOLD-certified (“Love Triangle”) and PLATINUM-certified (“God Made Girls”) singles to her name, RaeLynn has racked up more than 450 MILLION total career streams. Most recently on Maren Morris’ GIRL: THE WORLD TOUR, she’s also joined Garth Brooks, Keith Urban, FGL, Kane Brown, Miranda Lambert and Blake Shelton on the road. With nearly 1.5 MILLION followers across her engaging online platforms, her star continues to rise after becoming the first Country face to represent the global beauty brand Too Faced. RaeLynn’s brand-new EP is set to release this spring via Round Here Records.