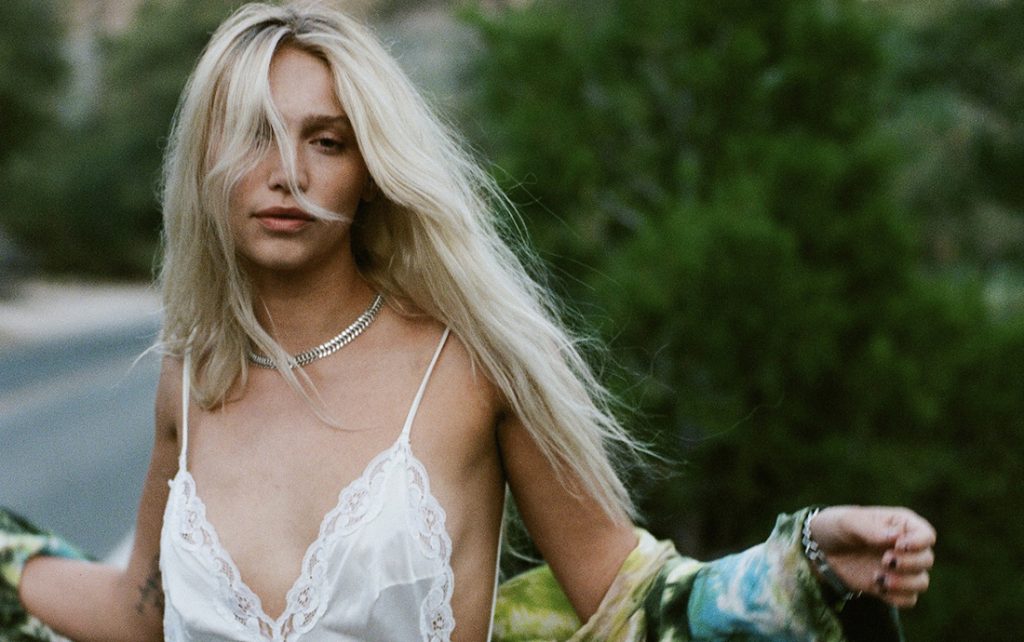 On the heels of her latest EP, ‘The Drama’—Cailin Russo is back today with “Assume,” a hazy new track co-written and produced by bandmate Tyler McCarthy.

Speaking about the origins of the song, Cailin reveals, “’Assume’ came about when my friend Tyler played the line – ‘I assume you love me, I can’t prove you don’t. If that’s all you tell me. Then that’s all I know’ – with the melody on a pretty beat-down Wurlitzer piano (you cannot beat the soul in that piano).”

“I was immediately stunned,” she continues. “He said he was tinkering with the idea and was wondering if I was interested in singing it. I was instantly infatuated with the song and concept, as I just related to the sentiment so heavily. I stopped everything in production and made this song the priority and new launching pad for me post ‘The Drama’ because it’s effortless. It is soulful and gives you relief.”

On the songwriting and recording process of that track, Cailin explains, “It took us three solid 8-hour days to completely crack the song and find all the right parts and arrangements. We dove deep and took the time to properly sculpt the song. I knew I had to make a part B to the chorus. And that’s where we meshed our two bittersweet realities – we’d both been told we were loved but we weren’t convinced and thought that maybe we were being lied to. At least that’s my take on the song… love is underwhelming, when it’s overgrown.”

With a video set to follow on April 7th, “Assume” will be the first taste of new music from Cailin since the release of her latest EP, ‘The Drama’ which was released last Valentine’s Day. The six-track collection was executively produced by Chris Coady (Beach House, Yeah Yeah Yeahs), with additional production from The Invisible Men (Charli XCX, ZAYN), Michael Percy and Gianluca Buccelatti and features Nick Zinner from the Yeah Yeah Yeah’s on guitar.

Talking about the new project, Cailin explains, “The whole EP is a play by play of everything I went through during my crumbling relationship. The highs, the lows, the confusing fucked up parts, and in conclusion, The Drama. The story starts at the demise, from a place of defeat…but the hero perseveres, and regains her power. I like to think of the whole experience as a sad triumph, sonically and spiritually.”

The EP features two previously released tracks, including first single, “Declaration,” a hazy 80’s guitar-drenched number, which Cailin calls “a fierce proclamation of a mistake from which I couldn’t seem to escape.” A gentle coo cruises over a thudding beat between echoes of guitar as she candidly admits, “This is the declaration of a fuck up, a product of how I was raised, and I can’t expect a single teardrop. Whoa, I am ashamed.”

Follow-up single “Fade” paired stark percussion with Cailin’s quirky cadences and honest lyrics, as she sings, “I’m not guilty for my mistakes. I’m not proud of what we made, I just try to mean what I say. You just watch me fade away.” About the song, Cailin reveals, “It’s my favorite song I’ve ever done. It literally brings me to tears. The story is very personal but also relatable. The song literally describes someone watch you deteriorate as a human and not doing anything about it.”

Also included on the EP was lead single, “You Touch Me, I Touch You Back,” which MTV hailed as “a sexy slice of Thriller-esque pop that you might hear in a horror movie.” It’s a gritty track pulsing with electricity which volleys from a warbling robotic bass line into a dark and danceable reprise bathed in neon synth glow. “It’s the moment where I know I’m a bad bitch and I don’t need him anymore,” she explains.

Rounding out The Drama are ”Sicko” with its slightly off-kilter production and infectious chorus, “Good Bad Decisions,” a track that gains in momentum and intensity as it goes, building into a euphoric release when it finally hits the chorus and the EP closer, the 80s-influenced arms-in-the-air anthem “No Time.”

Along with the new EP came a brand new video for the single, “You Touch Me, I Touch You Back,” which serves as the third and final part in the trilogy, following “Declaration” and “Fade.” Cailin wrote the treatments for and co-directed/edited all three videos alongside Ganna Bogdan with production from Rebecca Hearn. Watch the video for “You Touch Me, I Touch You Back” HERE.

Last year, Cailin joined forces with Chrissy Costanza for the song “Phoenix,” written for the popular video game tournament, League of Legends World Championship. To date, the song has racked up more than 33 million global streams on Spotify since its release. Watch a special live performance of “Phoenix” from the League of Legends 2019 World Championships in ParisHERE.

2018 saw the release of Cailin’s debut EP, House With A Pool (“Joyride” and “Bad Things” both recently surpassed 1 million streams on Spotify)  as well as tours supporting Dream Wife in North America and Gomez and Black Honey in the UK. She also made her US festival debut this past summer at Lollapalooza in Chicago, having previously played on the renowned BBC Introducing Stage at the Reading and Leeds Festivals.

‘The Drama’ EP is out everywhere now.

TRACKLIST
Declaration
Fade
Sicko
You Touch Me, I Touch You Back
Good Bad Decisions
No Time