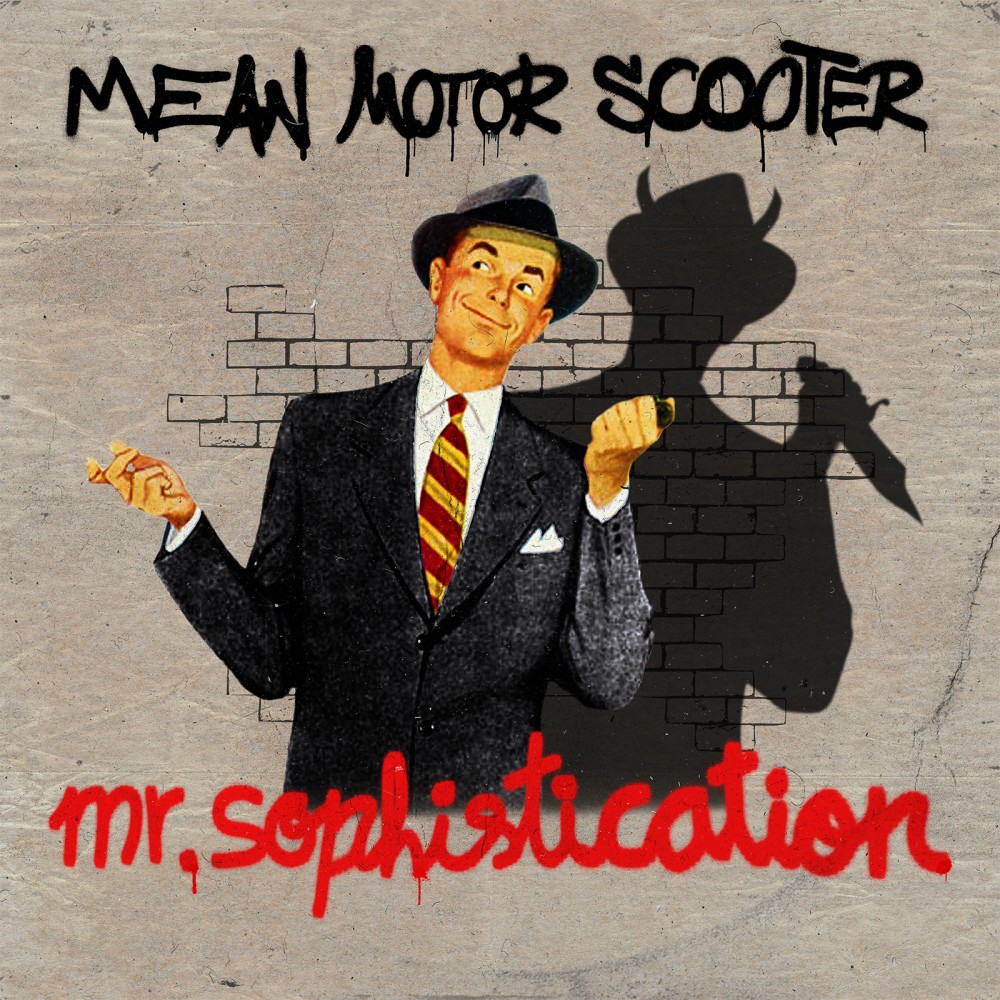 From a scuzzed up suburban B-movie trash nightmare return the Texan saviors Mean Motor Scooter with yet another blast of sonic organ garage punk to soundtrack the crazy world we’re living in.

Chock full of their trademark spikey punk rhythms and choppy guitars that flit and fly over that spacecraft organ sound, while the vocals leap out in sputs and yelps, this new EP is further proof that the band are harnessing their inner-aliens to full effect. They’re spinning in a multiverse of their own making and waiting for you to meet them in a galaxy far away.

Think the B-52s getting pummelled by The Stooges while the Dead Kennedys look on and you’re not too far off the mark. Condensing their paranoic gaze into five short sharp shots of adrenalin-fueled gonzo punk rock has ramped up the intensity since their debut album “Hindu Flying Machine” released by Dirty Water Records in 2017. The band since then has continued to tour extensively in the US, released a 5 song EP in April 2019, TV Baby which is filled with the same irresistible kind of tension — and at times paranoia — about the relationship between real life and technology.

Sammy Kidd, guitarist and chief songwriter of the band expands on the new EP: “The songs on Mr. Sophistication tell their own stories but are all connected by a common thread. Part of being a human to me is constantly making decisions that affect the people we love around us as well as ourselves. We are all just as capable of doing amazing things as we are of doing completely heinous things; yet even with the best intentions, sometimes there is simply no right answer. Being human, we also constantly crave to fulfill our desires. Constantly trying to fill the void, while exhausting and terrifying, is a necessary part of existence. There is a certain kind of beauty to personal suffering when it provides growth”.

Sammy Kidd, Like with many artists and bands, Mean Motor Scooter finds themselves in a brave new world facing the entire music industry and “Mr. Sophistication” is the perfect antidote one could administer during these extraordinary and perplexing times. Strap yourselves in, folks! Mean Motor Scooter is gearing up full speed ahead to take you along on a wild ride into the void!

The Dirty Water Club started in October 1996 in the Tufnell Park neighbourhood of north London, at a venue called The Boston. The club’s name is derived from The Standells’ 1966 hit ‘Dirty Water’ which glorifies the US city of Boston, Massachusetts.

Past performers have included The White Stripes (voted by Q Magazine as one of the top 10 gigs of all time, Mojo one of the top 30 and Kerrang one of the top 100!), The Gories, Country Teasers, Black Lips, NOBUNNY, Kid Congo Powers, The Fleshtones, Billy Childish, Radio Birdman, The Dirtbombs, Thee Michelle Gun Elephant, The 5.6.7.8’s, The Horrors and The Brian Jonestown Massacre to name just a few. The club has also seen some original ’60s performers, such as The Monks, ? and the Mysterians, Kim Fowley, Sky Saxon, GONN, Michael Davis of the MC5 and more grace its stage. Their in-house record label, Dirty Water Records, is one of the leading garage/beat/(real) R&B labels in the world.