For The Love Of Jams – Scottibrains 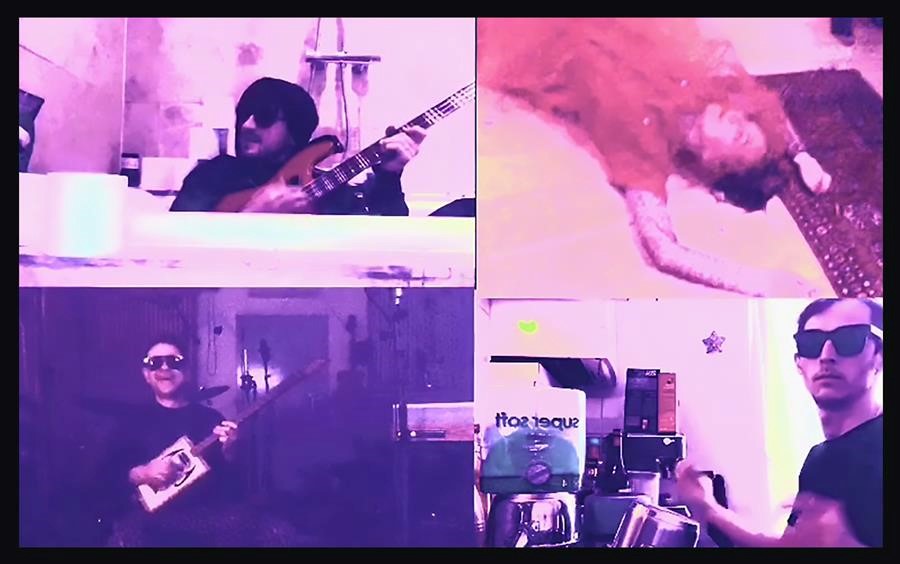 Their second release and the 23rd single on the label – ‘Sustained Threat’ – was a full-on assault of the senses based on a Shepard tone sound – a tone that ‘creates the audio illusion of a tone that continually ascends in pitch yet which ultimately seems to get no higher or lower.’ The title itself came from a BBFC regulation Bayston saw at the start of a film warning that there would be ‘Sustained Threat’ in the film. It seemed apt.

Their 3rd release for the label – a digital-only single, following in the footsteps of Black Country, New Road’s 9-minute opus ‘Sunglasses’ – the first ever digital-only single for the label, will be the powerful live fan favourite ‘Aristorats’. Produced as always by label boss Dan Carey – it was mixed by his 15-year old daughter, Orla – proving the apple doesn’t fall that far from the tree.

‘We had this amazing concept for the video’ says Carey, ‘but obviously in the current climate – we couldn’t do it – so we made it this way instead, all of us remotely. However, rest assured, when this all blows over – we will make that video.’

Their live shows are incendiary, provocative and volatile experiences, pummeling rhythm sections, blitzkrieg guitars, with Buxton’s deranged half spoken / half shouting frenetic mantras over the top – these legendary outings are fast becoming the talk of underground folklore – a mass of sweat and bodies, 3 or 4 songs stretched out over 40 blistering strung out minutes amidst a sea of smoke and lasers.

Prepare to be beamed up.

Fresh from Carey winning ’UK Producer Of The Year’ at this year’s prestigious Music Producers Guild Awards, beating the likes of Nigel Godrich – Speedy have definitely been keeping themselves busy, continually proving they are the most essential label out there, with releases already this year from PVA, Tiña and last week’s seminal debut single from Hebden Bridge’s The Lounge Society – the label’s fastest ever selling 7” and only repress since the debut single from black midi.

On top of that in these turbulent times they’ve just announced details of their ‘Quarantine Series’. An ongoing project in which Dan Carey’s ‘Savage Gary’ alter ego collaborates with a range of different artists – established and new, him doing the music, all parties working remotely over the internet.

‘As always the key here is spontaneity’ says label co-runner/A & R Pierre Hall, ‘we’ll hopefully be putting a new thing up every couple of days – which is exciting for us and hopefully for other people.

It’s nice to be able to shine a (strobe) light in, during these strange and unsettling times.’