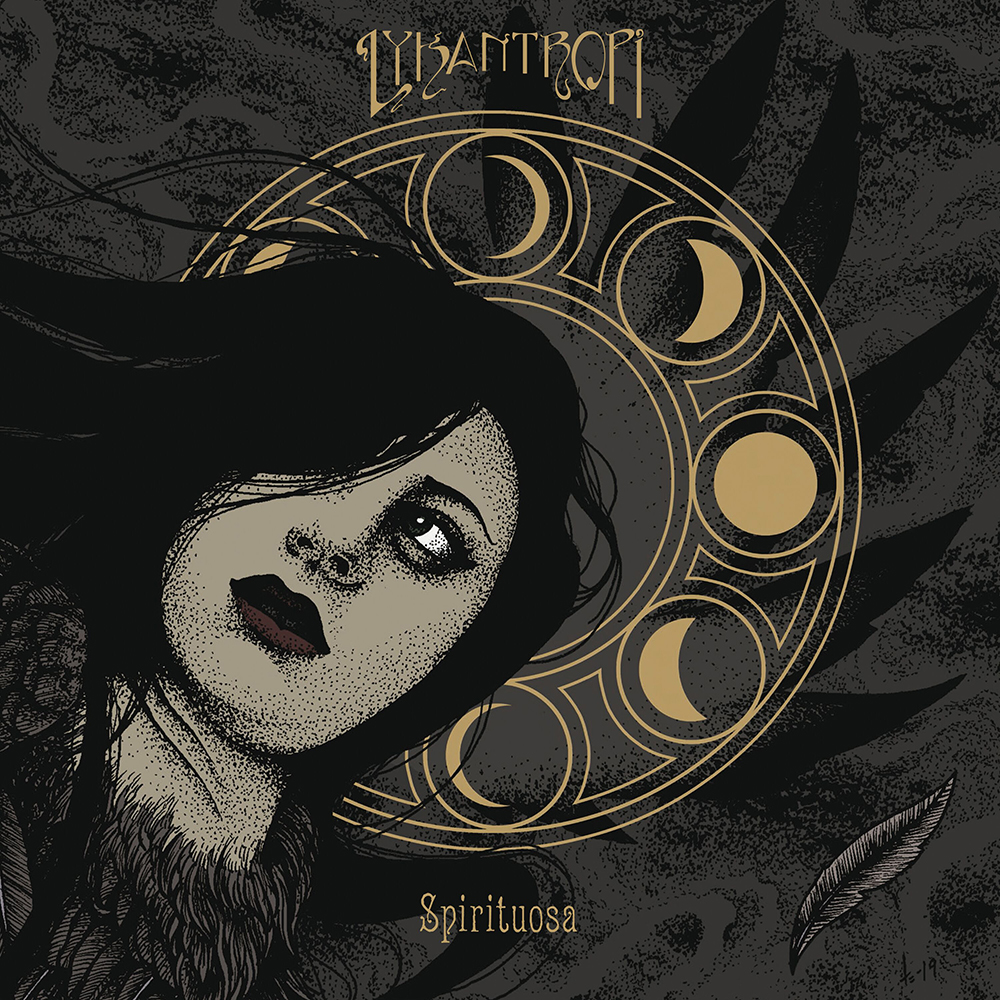 From the dark woods of Värmland, Sweden, the vintage rock band Lykantropi invites their listeners to their melancholic rock and tales of the deepest forests where the full moon stands at its highest.

The enchanting symbioses of female and male vocals delivered with a lycanthropic touch paint mesmerizing melodies that embody the duality of nature; beauty and force, good and evil.

In today’s society the old folk tales can be thought to belong to the delusions of the past. With their groovy riffs and beautiful melodies, Lykantropi takes us via the werewolf transformation back to the rock and folk music of the early 70’s. Sweet harmonies reminiscent of The Mamas & The Papas are layered with electric guitars and flutes into a witch’s brew. A witch brew that also can be compared to other mighty bands such as Jethro Tull, Coven and Blue Öyster Cult. In a world that can feel very far away from a cinematic American west coast with playfulness and total enthusiasm, Lykantropi is an oasis in the desert. Here the mystic of the forests meets the dusty vistas of the steppes, and occultism surrounds us with a purple smoke that takes us from east to west enveloped in Scandinavian melancholy.

On March 27th 2020, Lykantropi will re-release their acclaimed album ‘Spirituosa‘ as a new exclusive deluxe edition. In May 2019, Lykantropireleased their second album where they once again enchanted their listeners around the world into their mysterious and occult nature and beautiful tales were brought to life through a symbiosis of darkness, harmonious vocals and a groovy sound inspired by the early 70’s. The album kicks off with the two strong singles, ‘Wild Flowers‘ and ‘Vestigia‘, and continues into a melodic journey were the irresistible force of the night and its magic enchants the listener.

The band continues:
“‘Spirituosa’ has a darker and heavier sound compared to our debut album, but the inspiration follows like a shimmering thread through both albums and is a strong driving force in our creative process. Our love for nature, that innermost space in all of us and the dark abstract coat of the night. But the greatest driving force for us is is the music itself. We write music to experience music and to live in it, it’s our way to avoid society’s norms and to allow ourselves to drift away into our own dreams.” // Lykantropi

‘Spirituosa‘ is produced and mixed by Martin Konie Ehrencrona (The Oath, In Solitude, Dundertåget) and mastered by Magnus Lindberg.
More about Lykantropi
Lykantropi was created in 2013 by the singer and guitarist Martin Östlund. In 2017, the band invited their listeners to their own mysterious but yet beautiful scenery when they released their self-titled debut album (Lykantropi), which contains their first hit single ‘Black Old Stone’. The debut album was met with great excitement and has been critically acclaimed from all over the world. On January 31th 2020, the debut album will be released as an exclusive deluxe edition via Despotz Records, including the bonus track ‘Summernights‘ which has never been released digitally or physically before.

In May 2019, the band released the follow-up album ‘Spiritousa‘ that kept the spirit of their previous album and they got praised from all over the world again, there among Sweden Rock Magazine and Aftonbladet (the biggest daily newspaper in Sweden) to name a few.