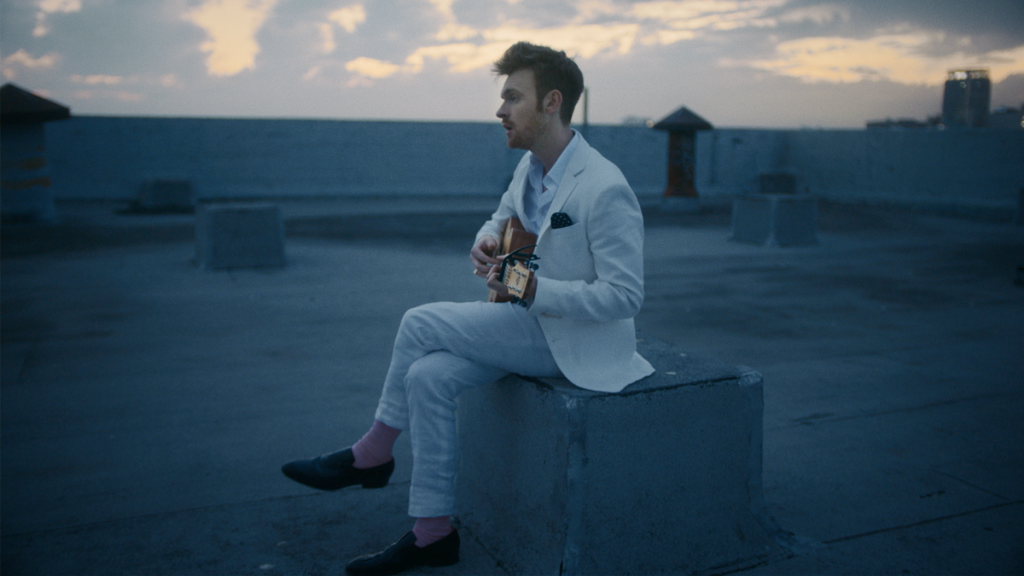 Five-time GRAMMY Award®-winning musician, songwriter and producer FINNEAS returns with the official music video for “Let’s Fall In Love For The Night,” the latest single taken from his debut EP, Blood Harmony.

The video, which received its broadcast premier today on MTV Live, mtvU, MTV International and the Viacom Times Square billboards, was directed by Sam Bennett. Shot in an impressive one take, the video was filmed in downtown Los Angeles and features choreography by the talented Monika Felice Smith.

Last month, FINNEAS performed “Let’s Fall In Love For The Night” on NBC’s The Tonight Show Starring Jimmy Fallon (watch the performance HERE, and catch his interview with Fallon HERE), and is the latest visual to be released off his debut EP, following videos for the buoyant, up-tempo “Shelter, which MTV hailed as “a galvanic, acoustic guitar-driven number,” and poignant ballad, “I Lost A Friend,” which Consequence of Sound called “thoughtful” and “heartfelt,” praising his “soulful vocals,”“minimalist approach to instrumentation” and “layered harmonies.” The single is making waves at radio, currently sitting No. 17 on the Alternative Radio chart and racking up more than 80 million streams worldwide.

Earlier this year, FINNEAS received an impressive 5 GRAMMY Awards® including the prestigious Producer of the Year, Non-Classical and Best Engineered Album, Non Classical as well as Record of the Year, Album of the Year and Song of the Year with his sister Billie Eilish for her groundbreaking No. 1 debut album WHEN WE ALL FALL ASLEEP, WHERE DO WE GO? and hit single ‘bad guy.’

FINNEAS co-produced (with Stephen Lipson) and co-wrote the official theme song and title track for the upcoming James Bond film, No Time To Die, alongside his sister Billie Eilish. The track features orchestral arrangements by Hans Zimmer and Matt Dunkley, and guitar from Johnny Marr. The song made its live debut alongside Zimmer and Marr on stage at this years BRIT Awards in London. Watch HERE. FINNEAS also joined his sister for the 92nd Oscars, where they performed a stunning rendition of The Beatles’ Yesterday during the show’s In Memoriam segment.

For more information and a list of upcoming live performances, please visit  www.finneasofficial.com