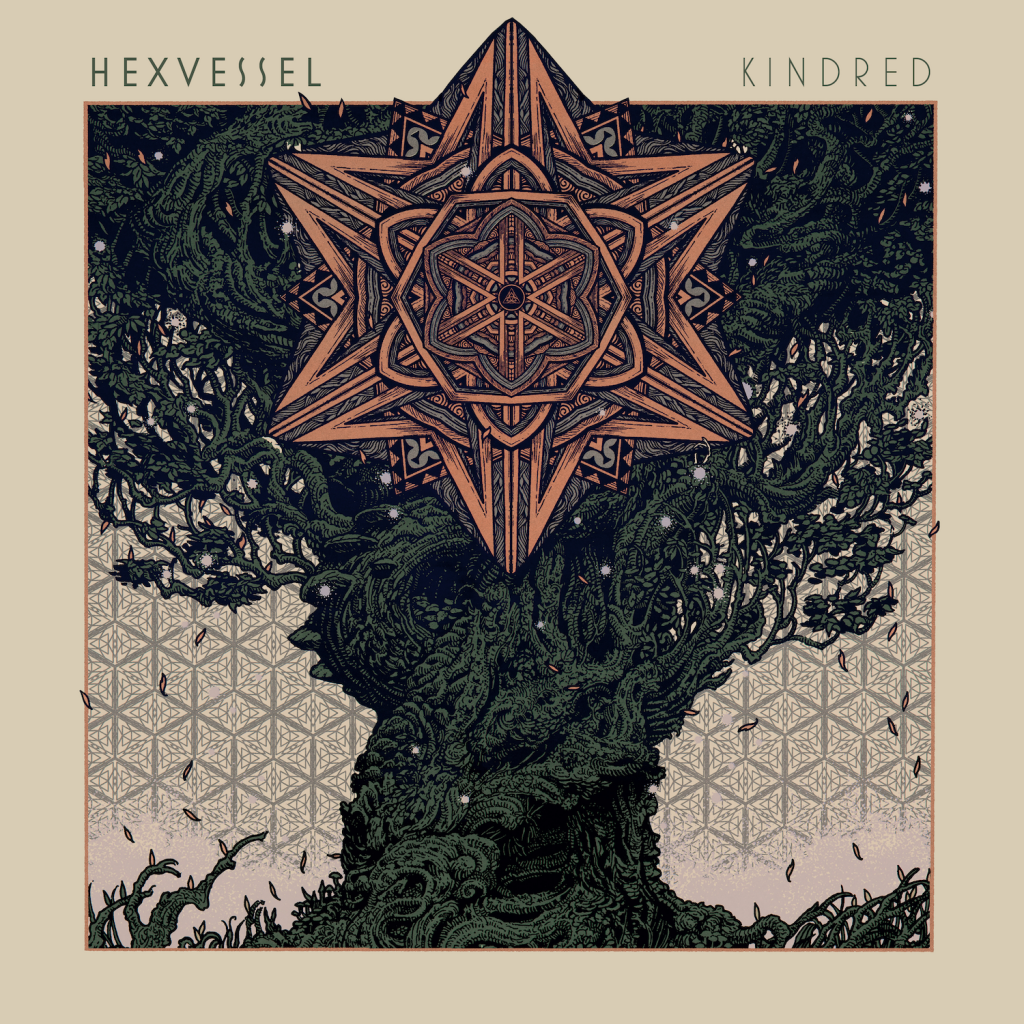 Directed by Canadian film-maker Justin Oakey, the video to Hexvessel’s ‘Phaedra’ is a dark and chilling, atmospheric movie in it’s own right:

Central to the Roman epic tale of Phaedra, with it’s Greek tragedy, both song and video include themes on the law of nature that governs human behaviour, our animal spirit; the idea that through death and rebirth we restore the cosmic order. Singer/Songwriter Mat McNerney says

“In this song, Phaedra is my totem heroine, icon of the human spirit. We are wild animals and our place within this universe is to live and die according to nature’s rules. It’s no mistake either that Phaedra is also mentioned in two of the greatest transcendent musical works of all time; Lee Hazlewood’s “Some Velvet Morning” and Tangerine Dream’s “Phaedra” album. Phaedra is at the deep heart of Kindred, and she is both divine and human decorated with blood. The only divine law that is not flawed is that we all must return to nature. We all must die!”

Brought to screen by Canadian film-maker Justin Oakey (who has previously collaborated with Ulver), “Phaedra” is the fifth time the band has collaborated with this Newfoundland- based director. Justin Oakey directed the videos for I Am The Ritual and Sacred Marriage. Mat McNerney & Kimmo Helén created the soundtrack to the short movie The World Is Burning (2013) and also the full-length feature film A Fire In The Cold Season (2019) which has just received Canadian distribution and has a premier in Reykjavik Iceland on the 12th of March 2020 and Tampere Finland 21st of March 2020. Justin Oakey’s close to nature style and affinity between Newfoundland and sub-arctic Tampere, Finland, where Hexvessel is based, make them “kindred” partners in sound and film.

Psychedelic forest folk-rockers Hexvessel will release their new nature-mystic opus, Kindred, via Svart Records on the 17th of April 2020.  Taking a darker and more esoteric path, Kindred sees Hexvessel re-forge their eclectic melting cauldron or “vessel” of sound into a potent “hex” of spell-binding songcraft.

Blues-laden psych-rock and progressive structures harken back to King Crimson, giving way to dark earthen balladry reminiscent of early Nick Cave and the doom-laden atmospheres of Dead Can Dance. The band returned to their original studio in Tampere, Finland, where they recorded their cult classic No Holier Temple, which fused Hexvessel’s folk roots with an occult undercurrent, with the new album mastered by John Davis (The Killers / Gorillaz / Led Zeppelin / Lana Del Rey) in the UK.  Through Kindred’s 10 song rites of passage, Hexvessel cover Coil’s Fire Of The Mind live from a mental institution and delve into the Druidic sacrificial swamps with songs like Bog Bodies, which conjures the deep Lynchian night  with muted trumpet and foggy rhodes piano. Adorned by cover artwork by artists Thomas Hooper (who has worked for Neurosis, Converge and Doomriders) and Richey Beckett (who has created work for Metallica, Foo Fighters, Robert Plant), Kindred is an album which calls you on a journey, both intimate and richly enlightening.

Kindred is Hexvessel’s 5th album, and a return to Svart Records, where they released their debut album Dawnbearer to critical and cult acclaim 10 years ago. Hexvessel was formed by English/Irish singer/songwriter Mat McNerney in 2009 after he moved to Finland. Also known for his work with Beastmilk (now known as Grave Pleasures), The Deathtrip, guest spots with Carpenter Brut and Me & That Man and his earlier work with Norwegian Black Metal bands Code & Dødheimsgard, McNerney is a both highly eclectic and critically acclaimed musical artist. Across the years, it is McNerney’s work with Hexvessel which has been his most brave, exploratory, honest and impossible to categorise, unique and idiosyncratic in a world all of their own.

Hexvessel have been previously nominated for 2 Finnish Emma (Grammy) awards, 2 Metal Hammer awards and 3 Prog Magazine awards, winning 2 Finnish Femma awards and landed several times in both the national and alternative charts Finland. Brooklyn Vegan said of the band’s dark ‘forest folk’, “They’re way too accessible to be as niche as they are” and as Noisey puts it, “Weaving English folk, lilting Americana, and mushroom-induced psychedelia, Hexvessel are The Doors misplaced and found wandering the vast forests of Finland.”

Kindred will be released on the 17th of April 2020 worldwide via Svart Records, digital, CD and LP.

Hexvessel’s upcoming live dates are as follows (with more TBA): Subject to VIRUS