Game Over For Texas Teens – Not Ur Girlfrenz 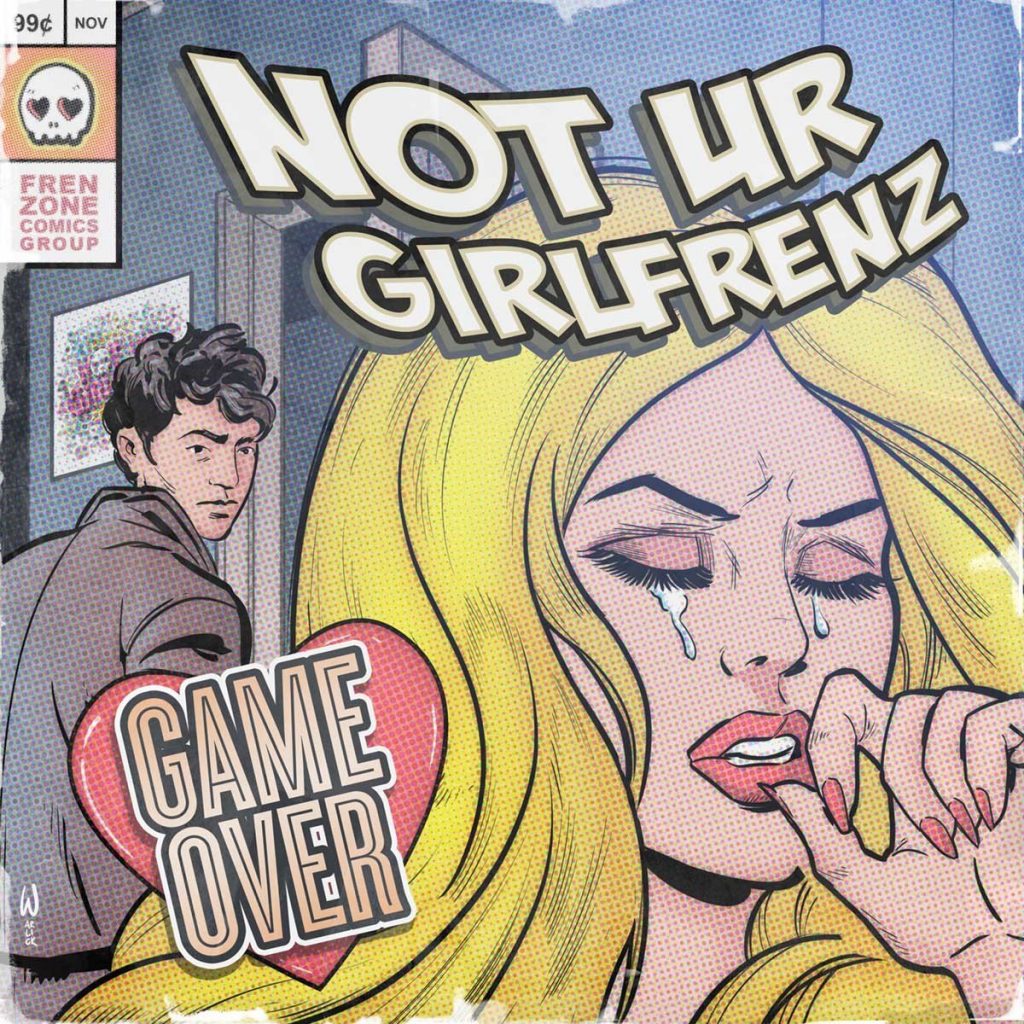 Continuing their amazing trend of delivering their youthful talent to the world, teen Texas trio Not Ur Girlfrenz have just released a brand new track, ‘Game Over‘ with a retro inspired video taking it’s cues from TV and Gaming history.

With their signature sound blending pop, rock and a healthy dose of pop punk, Game Over provides a brilliant contrast to the video, with a truly new generation sound that is placing the band as a force to be taken seriously.

Game Over is available at all good outlets now! Buy, stream and declare that the game is certainly – not over for Not Ur Girlfrenz!

Check it out at Spotify, Apple Music, Amazon & Youtube

The male lead in the video, Bryce Gheisar, may seem familiar to some, he featured in 3 seasons of Disney XD’s “Walk the Prank”, more recently he has been in several feature films, including a lead in “Wonder” starring Julia Roberts and Owen Wilson, “A Dog’s Purpose” with KJ Apa and Dennis Quaid. Bryce is currently filming a new television show in Canada right now that is produced by Ron Howard and Imagine Entertainment for Nickelodeon.

Bryce has been a long term friend of Not Ur Girlfrenz, having met when they were about 7 years old, while attending the same acting school in Dallas. It should be no surprise that both Bryce and the band are going on to see success, with other former alumni of the school being Demi Lovato, Selena Gomez, Debby Ryan, Hayley Orrantia among others!

A call to arms from rock legend Bryan Adams back in 1984 “Everywhere I go, the kids wanna rock” is playing itself out in real time with high-energy, power pop trio, NOT UR GIRLFRENZ.  Barely in their teens, this all-girl, Texan rock outfit are here to prove they mean business – busting out show-stealing performances with their high-energy songs, which cleverly combine instant Pop Punk hooks with timeless old-school songwriting.

Inheriting a love of classic rock bands (the likes of Joan Jett, U2 and Heart) from their parents and combining it with a love of current pop and rock, such as Paramore and Fall Out Boy, NOT UR GIRLFRENZ – Liv Haynes (Guitar & Vocals), Maren Alford (Drums), Gigi Haynes (Bass) – quickly forged their own distinct identity. This soon caught the attention of Grammy-Nominated Songwriter Jaret Reddick of Bowling For Soup, who saw an opportunity to work with a promising and exciting new band – something vocalist Liv describes as a “pinch me moment” working alongside one of her musical heroes.

The superstar collaboration opened up exciting new doors – a SOLD OUT tour with Bowling For Soup, followed by a slot on the final Cross Country US Vans Warped Tour which saw its founder Kevin Lyman declaring them ‘The future of women in rock or just rock in general’ and earned NOT UR GIRLFRENZ the title of ‘the Youngest Touring Band in Warped’s 24 year history’!

“You look into the crowd before a show and see some of your biggest influences staring back at you!” reveals Maren about the Warped experience.

Having released their debut EP, New Kids In America, to huge praise and ever increasing attention from the UK rock media. NOT UR GIRLFRENZ started the year by accompanying Bowling For Soup and Simple Plan on a sold out UK tour and with all they have achieved so far, the sky is definitely the limit as far as these three very talented young ladies are concerned as 2020 progresses.