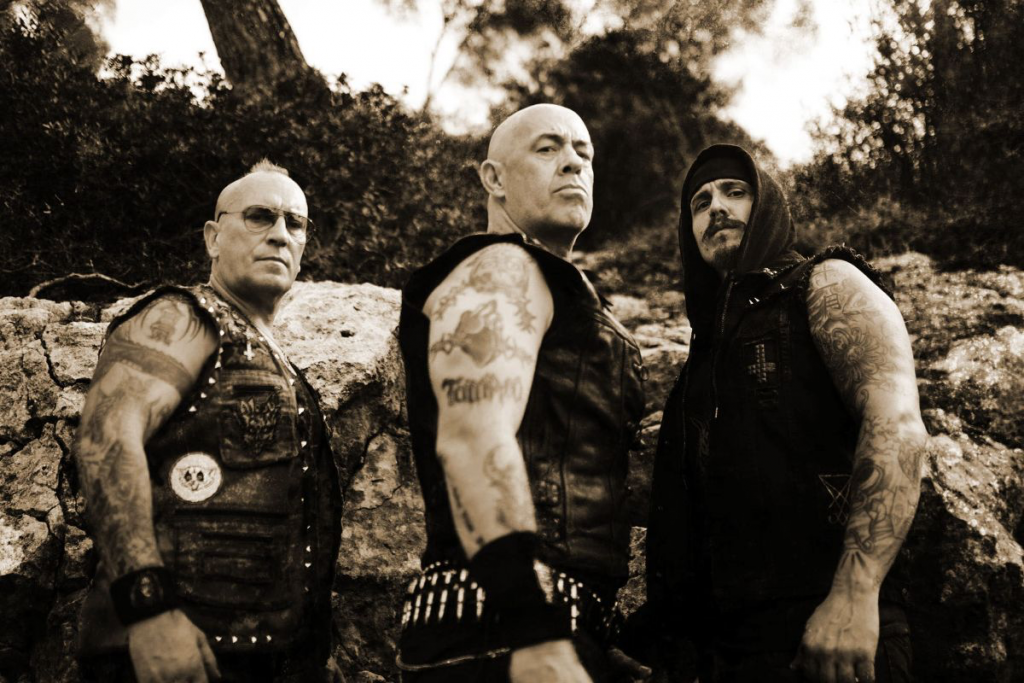 Veteran heavy metal band VENOM INC has entered the studio to record their new album. The follow up to their 2017 debut release ‘Avé’ will once more be released on Nuclear Blast Records. The recording is being done between, England, Portugal and America and it will have Jeff “Mantas” Dunn at the helm as producer once again..

The new album marks the second recording under the name VENOM INC, while guitarist Mantas and frontman Demolition Man have a long history as recording artists together in VENOM, M:Pire Of Evil and Mantas solo projects. It also marks the recording debut on a major label for multi-instrumentalist, VENOM INC drummer Jeramie “War Machine” Kling (also of Massacre) who joined the band in 2018.

VENOM INC singer/bassist Tony ‘The Demolition Man’ Dolan states:
“I am a firm believer that you try to better yourself in life, not by comparison to anyone else but to yourself..
Making a new album, proudly under a label like Nuclear Blast, gives me that opportunity again..
If ‘Avé’ was a great album, then this new one needs to be even greater… if the performances on ‘AVÉ’ were the best we could be then, it will follow that we will outdo ourselves and be better than we were… We don’t care how good or bad ANYONE else is… we are here to challenge ourselves. With the 3 of us in total synchronisation and firing every cylinder we each have, expect something, intense, powerful, dark, spitting, visceral, foreboding, and no holds barred… HEAVY AS A FUCKING WORLD MADE FROM LEAD! Feel the Fire, Hear us Roar… for WE ARE VENOM INC!”

Guitarist Jeff ‘Mantas’ Dunn fills in:
“I have always maintained that I am a man of few words, I let the music do the talking and this motherfucker is speaking volumes and has not stopped to draw breath. Furious, aggressive, relentless, vicious, culled from experience and hatred and with the personnel to deliver it, this makes no excuses for what it is .  . HEAVY FUCKING METAL!”

Drummer Jeramie ’The WarMachine’ Kling:
“For the new VENOM INC album  I have tried a new technique. I have started by completely dismantling my drums and replacing the usual drum kit  with rockets bought in hell…. and the rest of the kit  you ask ?!? Well, that’s been replaced by flame throwers, gun powder and a tank gun!!! And I’m driving it all like a fucking WARMACHINE straight at you!
Nothing is safe and nothing will survive!!”

VENOM INC reunites  the former ‘Prime Evil’ era of VENOM bandmates Demolition Man and Mantas and is complemented by THE ABSENCE and MASSACRE drummer Jeramie “War Machine” Kling, who joined the fold early 2018. Since the release of ‘Avé’ the band has intensively toured through Europe, Asia, America, Australia, New Zealand and South-America, both on big festivals and club venues.