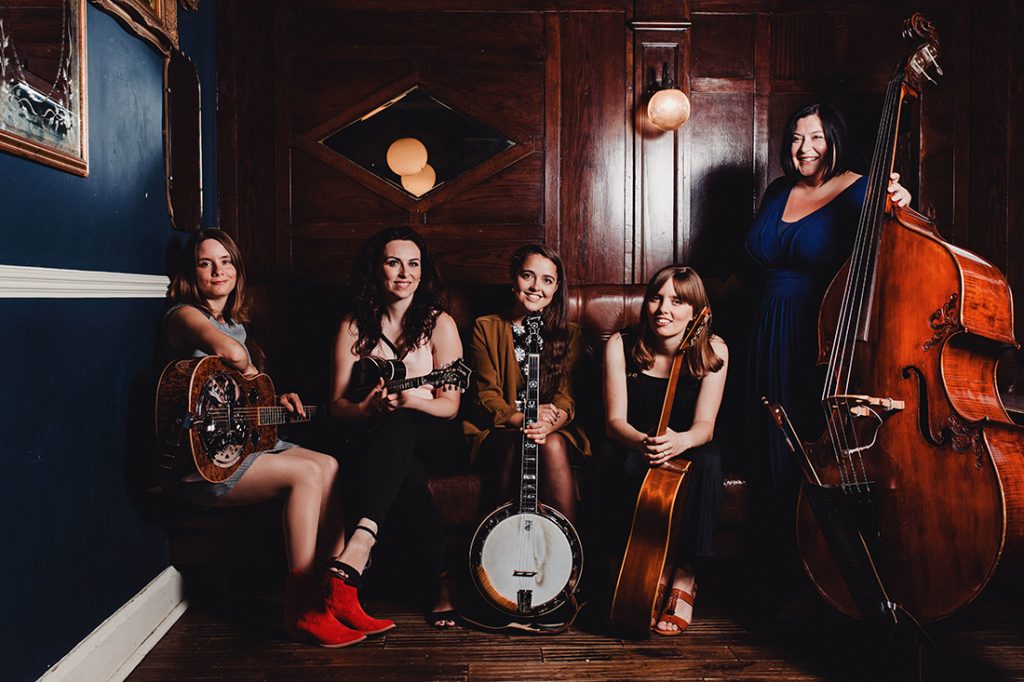 Island Records, home to Amy Winehouse (Jazz), Jimmy Cliff (Reggae), Drake (Rap/HipHop), U2 (Rock) and Nick Jonas (Pop), will drop Break The Rules the first track from Midnight Skyracer, the first Bluegrass band ever to be signed to a major UK label.

Break The Rules, comes ahead of the release of new album ‘Shadows On the Moon’ which will be released on 5 June 2020. And breaking the rules is exactly what Midnight Skyracer is achieving. Making their name through the UK festival circuit as well as Europe and Australasia, the Anglo/Irish quintet are breaking through in what has always been a male dominated, mostly American music genre.

Having made their name on the Bluegrass circuit and in particular festivals, the five-piece are already thrilled to be confirmed for 6 UK festivals this year including Kent’s Black Deer Festival, Ely Folk Festival and Dartmoor Folk festival, and would love to play more mainstream festivals but not as a tokenistic gesture. Laura says: “We love all this talk about greater female representation at festivals and award shows and we want to be a massive part of that, but we also have no interest in being the token female act to up the quota. It has to be about being the best and earning your place at those events. We are so thrilled that we are now part of Island Records and can share our music with the widest audience yet”

Midnight Skyracer is formed by twin sisters Laura Carrivick (fiddle and Dobro) and Charlotte Carrivick (guitar) along with Leanne Thorose (mandolin) who shares vocal duties with Tabitha Benedict (Banjo) and Eleanor Wilkie (double bass). All providing glistening harmonies, their sound is a scintillating mix of hard-driven Bluegrass and mountain balladry, both edgy and infectious, tender and tough. The band bring their gritty girl power sound to the Bluegrass scene, whilst still paying homage to the traditions of the deep southern American music.

In the world of instant likes, streaming and Insta stories, Midnight Skyracer are far from having perfected Ariana’s ponytail. The five-piece band go against the industry standard and are different ages, shapes, sizes and from a variety of backgrounds, but they have one thing that unites them: their devoted love for the music.