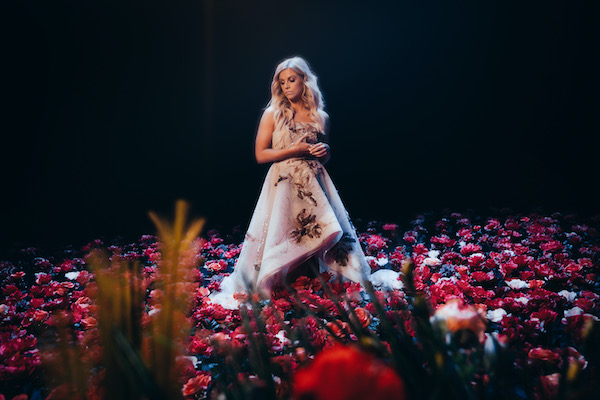 Lindsay Ell is known for her stunning musicianship, shredding guitar skills, work ethic and constant touring, but in her new video for her current single “I Don’t Love You,” it is her powerful and poignant vocal performance that is on full display.  Billboard exclusively premiered the stunningly beautiful video that captures the feeling and rawness of Ell’s powerfully vulnerable track.

“I am really proud of this music and ‘I Don’t Love You’ was the perfect thing I wanted to come out and say first,” Ell tells Billboard referencing her soon to be released sophomore album. “Working with Dann Huff has challenged me musically in ways I’ve never showcased before, and I feel ‘I Don’t Love You’ pushes those boundaries in a whole new voice I’ve never used before.”

Directed by Justin Keys, the video is a moving example once again as to why Ell is nominated for ACM New Female Artist of the Year and was recognised with a second nomination for Music Event of the Year for her smash chart-topping duet with Brantley Gilbert “What Happens In A Small Town.”

Set in a field of flowers with symbolic petals falling that evoke “they love me, they love me not” feelings, the smouldering performance declares the strength in moving on and is a jumping-off point for Ell’s forthcoming project with songs that demonstrate the process of personal growth.  “I Don’t Love You,” with its raw and beautiful imagery is the first taste of her upcoming album and gives a sense of gravity and ambition. “You know how there are different stages of grief?” Ell says. “This is the first stage. You’re still in denial, figuring out the reality of falling out of love with someone, and that it’s okay to miss things about them. It takes strength to be honest with yourself about feeling that.”

This video displays the contrast of moving past the dark times of heartbreak and loss to the brighter side of fresh new beginnings with possibly the most iconic symbol of love: flowers. And Lindsay Ell’s career and performance is in full bloom.

Ell is currently touring Germany and the Netherlands performing as part of the C2C Festival in Berlin and Amsterdam.

Lauded as “one of the most exciting and talented young artists in country music” (Forbes), Lindsay Ell is a triple threat:  accomplished musician, unique vocalist and awe-inspiring songwriter. The Calgary native learned to play guitar while traveling with her father to country-bluegrass camps as a young girl. Ell honed her craft as a musical stylist and songwriter after being discovered by BTO and The Guess Who’s Randy Bachman (“American Woman” / “Taking Care of Business”) who discovered her at the age of 13. The multi-instrumentalist was soon touring alongside the likes of Luke Bryan, Buddy Guy, and Keith Urban.

Ell also shared the stage with distinguished country group, Little Big Town, along with other powerhouse female artists in one the biggest moments of the 2019 CMA Awards where she was also nominated for Musical Event of the Year. Ell’s nominations do not stop there. She has been nominated for New Female Artist of the Year in both 2019 and 2020, in addition to her 2020 ACM nomination of Music Event of the Year. These nominations are well earned after Ell exhilarated audiences as part of Keith Urban’s Graffiti U World Tour, Brantley Gilbert’s Not Like Us Tour, and Brad Paisley’s Weekend Warrior World Tour. Ell’s first full-length album The Project debuted at No. 1 on the Country Album Sales Chart and was named Billboard’s “Best Country Album of 2017. “What Happens In a Small Town,” Lindsay’s duet with Brantley Gilbert, claimed the top spot on country radio, marking her first No. 1 in the US. Her new single “I Don’t Love You” recently impacted country radio accomplishing the coveted the spot of No. 1 most added song that week up against other huge-hitters.