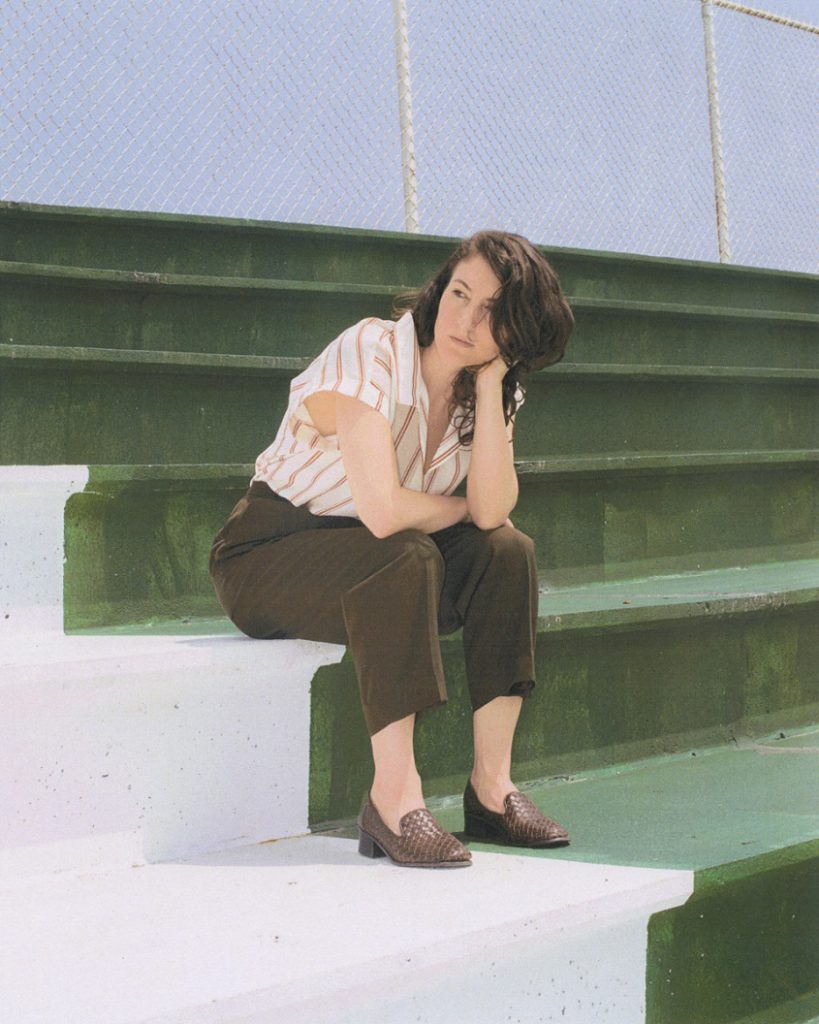 It is the first sneak-peek from Georgas’ upcoming record and first release on a pair of new labels — Toronto-based Arts & Crafts for Canada and, in the rest of the world, Brassland, an imprint co-founded by Aaron & Bryce Dessner. With an endless capacity for crafting textured pop songs that confound her audience’s expectations, “That Emotion” showcases Georgas’ unwavering vocal ability, and honest, contemplative lyrics.

Says Georgas of working with Dessner at his upstate New York studio, “Aaron and I agreed the production needed to bring out the truth in my voice. I always felt happy with my songs but during these sessions we found something else—musically a new warmth and depth and, vocally, a delivery that is more raw and expressive, allowing the emotion of each song to shine through.”

After her debut EP in 2009, Hannah released three full-length albums which enjoyed acclaim in outlets at home and abroad including Mojo (“Drop-dead delivery and wiseass lyrics hiding surging depths of emotion.” – 8/10), Exclaim! Magazine (8/10), Q Magazine (8/10) and NPR Music. But in particular, she has become a household name in her native Canada. Hannah regularly performs in legendary concert venues like Toronto’s Massey Hall, headlines on festival bills, and has racked up multiple high-profile nominations including three for the Polaris Music Prize and four JUNO noms ranging from “Best New Artist” to “Songwriter of the Year.”

Now, Hannah Georgas is evolving into an artist with a more global agenda. On tour, she will build on support slots with The National, Rhye, City and Colour, Boy and Bear and Sara Bareilles. In film and TV, her music has been featured in over 50 placements including an end credit usage in HBO’s Girlsand in Degrassi: Next Class, Netflix’s reboot of the beloved Canadian franchise for teens. Her most recent music was Imprints, a 4-song EP released in 2019 to celebrate International Women’s Day and featuring covers of songs by The Cranberries, Eurythmics, Janet Jackson and Tegan and Sara.

Finally, Hannah’s 2019 culminated in her joining The National on their I Am Easy To Find tour cycle for dates in Germany, the United States, Canada, Switzerland and the United Kingdom. She both performed opening slots of her own music and joined the band for vocals, usually alongside Kate Stables (aka This Is The Kit). With news of a new full-length forthcoming, expect to hear more from the artist who, as The Telegraph wrote, “evokes the idiosyncratic indie of Feist, and packs the raw, emotive lyrical punch of Regina Spektor.”