Holloway Road Bring Relief – Even If 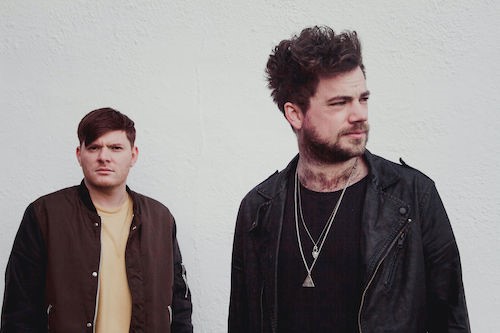 UK-based duo Holloway Road will release their brand new single ‘Even If’ to stream/download worldwide on Friday 13th March 2020, the day before they return to C2C: Country to Country Festival at the O2 Arena, performing full band shows on both Saturday 14th and Sunday 15th March.

Following the recent impact of tornadoes on various parts of Nashville and Tennessee, the band will be donating 25% of the proceeds from ‘Even If’ to the Middle Tennessee Emergency Response Fund to help with the rebuilding process. “We love Nashville – it’s been a huge part of our story as a band to date and it’s been terrible to see the devastation,” they said; “We’re thinking of our friends and fellow artists over there, as well as the people who have lost homes, businesses and loved ones.” Fans can pre-save the single on Spotify here.

Additionally, from tomorrow (March 7th) Jack & Rob will share a ‘Behind The Song’ video each day across social media for their six latest singles, with a final video for ‘Even If’ landing on the track’s release day. Follow Holloway Road on Facebook / Instagram / Twitter / TikTok to catch the clips as they are shared each day.

The emerging duo described as “the most exciting live act in the UK” (Lyric Mag) didn’t earn that reputation by accident. Having each spent years in punk rock bands, Jack & Rob – better known as Holloway Road – bring that same mentality and independent mindset to their work as one of the most talked-about new international artists in the country scene, unafraid to put in the mileage and take their music to wherever fans are. Jack Cooper, one of the genre’s most distinctive lead vocalists, is balanced by Rob Gulston’s harmonies and unmatched pop-infused production skills, to create the unique sound so familiar to the fans they’ve gained and artists they’ve collaborated with over the last few years.

Having been selected as one of the first British featured artists on Bauer Media’s 24/7 station Country Hits Radio, the band have also enjoyed long-term support from other key radio stations such as Chris Country, Downtown Country and BBC Radio across the UK, as well as WSM-AM and other stations in the USA.

With a track record that includes sold-out European shows both as a headliner and alongside US & Canadian chart-toppers like Lindsay Ell, Walker Hayes, Danielle Bradbery and Lauren Alaina; festival appearances including CMA Fest, The Long Road, C2C at the O2 Arena, Nashville Meets London and more, Holloway Road’s work hasn’t gone unnoticed, with national television appearances, coverage in Vice, Maverick Magazine and The Daily Mail (“an impressive set for a huge mob of fans…”)

Influenced by artists as diverse as George Strait and Stormzy, Jack & Rob spent 2019 building on their hard-won reputation as the band who bring the soundtrack to the most raucous of parties and delivering another side to their sound, with two more thoughtful, introspective self-penned tracks, ‘Lightning’ & ‘My Love’, each with major playlist support on streaming platforms and as much earworm potential as their more upbeat offerings, bringing the total on-demand streams to date for their independently released music to well over a million.

With more new music on the horizon, tens of thousands of new listeners across the world every month, and having recently joined the ranks of SESAC as songwriters, and renowned global live agency ITB, this is the decade of Holloway Road.