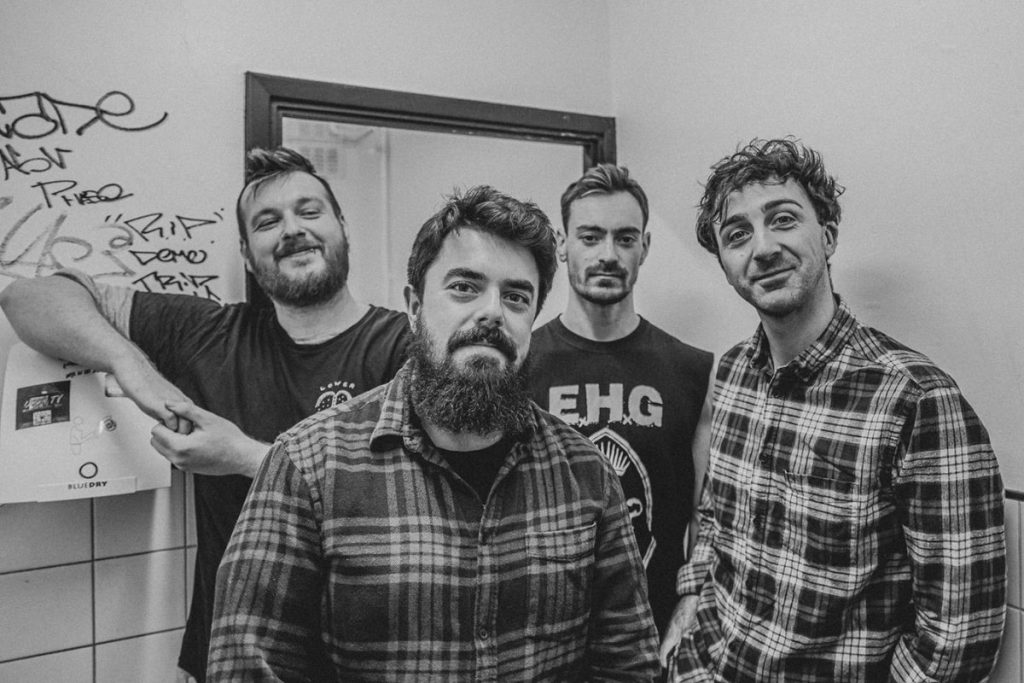 Heavy hitting stoner newcomers Orbital Junction are having a blast, having experienced a meteoric start to their journey. Having united in 2017 and releasing their debut, self-titled EP in 2018, it’s almost magical how this four piece plaid loving crew have created their own signature sound that has commanded attention in all the right places.

The 2018 Orbital Junction EP release will be followed up with new music later this year, but if you’re new to the party and haven’t heard the crushing majesty that is OJ, check out the following track from the EP, ‘Space Highway’ right now!

One of the many excellent opportunities that were offered to Orbital Junction following their storming 2018 was an appearance at the 2019 Desertfest in, which they obviously accepted and received massive support both at the festival and after. Having made such an impact, it was beyond wild to receive an invitation to the 2020 festival, in a bigger venue, with more people to soak in their fuzz based aura.

With a slot at the Black Heart on Saturday 2nd of May, Orbital Junction are ready to bring the house down as they leave their mark on the second consecutive festival line-up.

If you can’t wait until May to experience the awesomeness on stage, Orbital Junction have a couple of shows lined up before then with some other fantastic bands, get along if possible – it will enhance your already exemplary existence!