The Venomous Pinks – Some Arizona Shredding 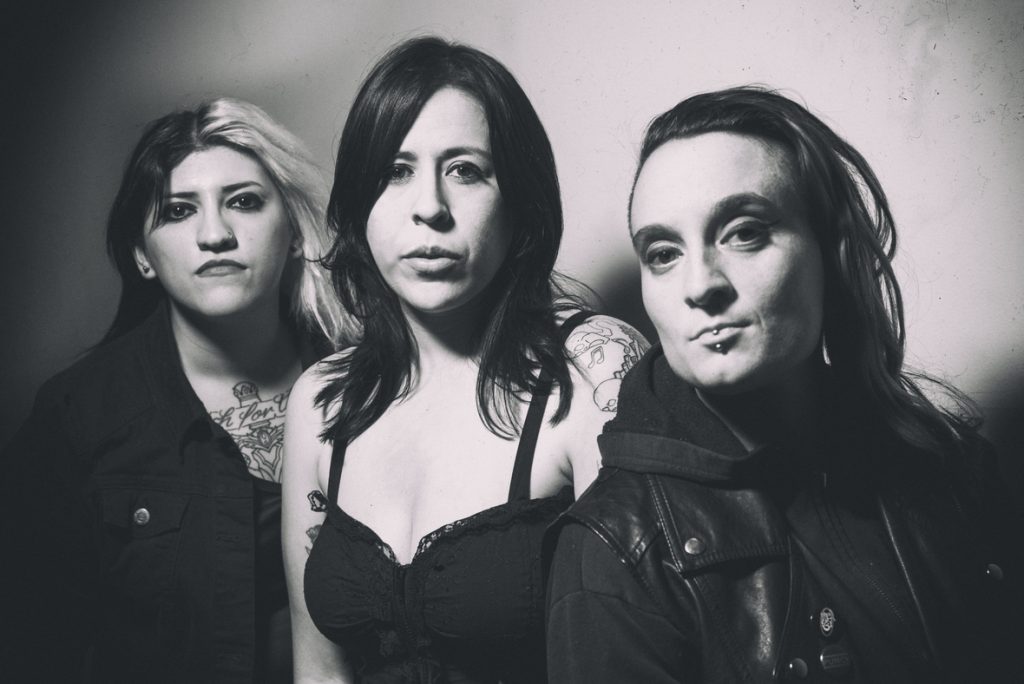 The Venomous Pinks highly anticipated debut full-length is consumed by a deep narrative while fusing their razor-sharp guitar licks, mesmerizing bass riffs, and thunderous drum shreds, which is what the trio is known for.

This synergy between musicians gives an overarching theme of unity and solidarity in the music scene. The album’s addictive sequencing goes full throttle from start to finish, making it impossible to skip over tracks since each stands strong on its own.

Subjects range from persevering heart-wrenching losses, to fighting sexism, to belting social change war cries, which proves once again their punk rock commentary is a force to be reckoned with. ‘Vita Mors’ is more than an album, it’s an insider’s guide into The Pinks’ personal rebel journey. 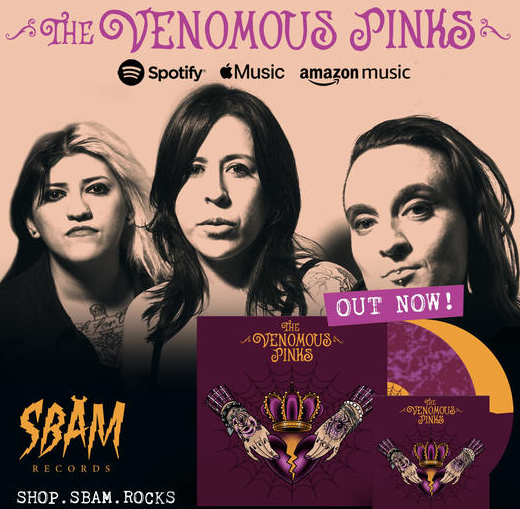 “Alright. You’ve got one life. One chance. Always do your best. Stand for what you believe in. You’re much stronger than you think. When you really want it, you are unstoppable. Hold on to what your heart speaks.” - The Venomous Pinks

If members of Bikini Kill and TSOL musically collided in a Russ Myer movie, the soundtrack scoring the scene would be orchestrated by The Venomous Pinks. Hailing from Mesa, Arizona the three-piece trio creates an unapologetically, uniquely addictive, in-your-face punk sound, that instantly makes the soul hurt so good, you can’t help but yearn for more.

Newly signed to SBÄM Records, music is the religion they worship, and their church is the road. Having formed in 2012, they have blasted their way from the garage and into the spotlight, shredding the stage with some of punk rock’s finest bands, such as: Bad Religion, Iggy Pop, Anti-Flag, The Bouncing Souls, just to name a few. Even though they have been touring all over the country, they have street cred to back them since their loyalty to their local roots runs deep.

‘Vita Mors’ is out now on SBÄM Records. It was recorded, engineered and produced by Grammy winner Cameron Webb, who also worked with iconic bands like Motorhead, Social Distortion, Pennywise, NOFX, Alkaline Trioand many more. The Venomous Pinks set out to be the next big thing on that list.

The Venomous Pinks is touring with Dead Kennedys and Nekromantix in June.

Tix for those shows on sale now here. A EU tour kicks off July 29.