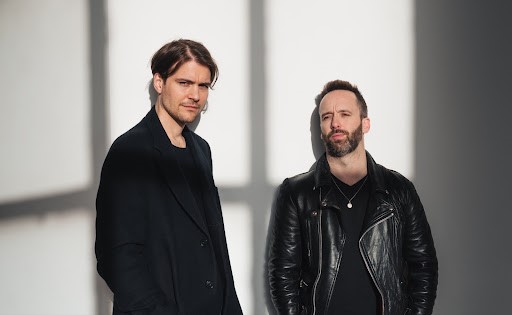 New alternative-rock duo – GRAMMS – erupt onto the scene with their debut single: “Shut Up A Second”.

Biting through a massive mix of aggressive guitars, thunderous reverb and vociferous vocals, GRAMMS aren’t ones for a polite introduction.

Flecked with classic alt-rock stylings but taking an innovative approach to production, their debut single “Shut Up A Second” calls to mind a blustering row between Royal Blood and The Black Keys. Touching on decaying empathy and the power divide between ruler and ruled, the track is an immense anthem with a sting.

Of the story behind the song, GRAMMS explain:

“The song explores what partisanship is doing to our ability to empathise. We used the trope of ‘Rich man / Poor man’ to explore the issue in the verses: the first verse depicts a disgruntled underclass, while the second focuses on a nervous ruling elite. The chorus is about how incessant partisan noise from the media ultimately erodes our natural empathy.”

Blending barbed riffs with catchy melodies the result is eye-wateringly massive and “Shut Up A Second” serves as an incisive inauguration for a brand-new band with an already-enormous sound and a lot to say. 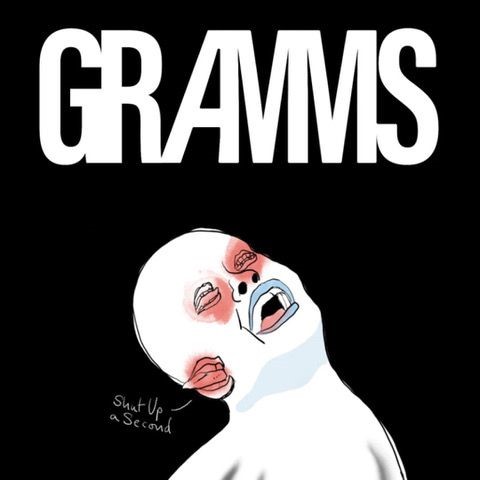 GRAMMS is Sam Jenkins and Paul Bowe  — a brand new alternative rock duo with notable previous history. Well-versed in the mechanics of making music — Sam with Glass Tides and Paul as a founding member of Federal Charm — the two-piece have toured extensively both nationally and internationally, and graced stages at many of the world’s largest festivals including Glastonbury and Download. Their music has also scored airplay across national radio, including BBC Radio 1, Planet Rock and Capital FM.

Having wracked up an impressive resume between them and each earning their own die-hard following along the way, the two-piece are now ready to cause a stir with their rip-roaring new venture.