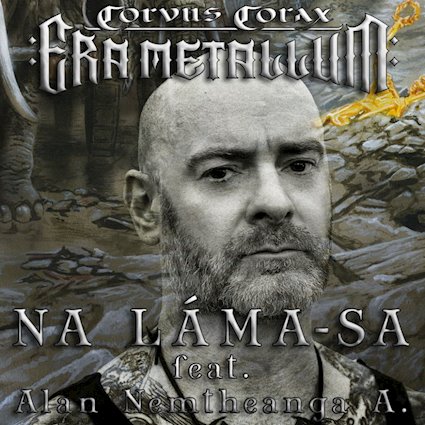 With their second single, the Middle-Irish “Na láma-sa” Corvus Corax show another fascinating facet of their metal project Corvus Corax “Era Metallum” and another exciting collaboration with guests from the metal scene.

The epic bagpipe melody is carried by slow, almost doomy guitar riffs from the fingers of Sami Yli-Sirniö (Kreator, Waltari) over the endless, moving landscape of Ireland and at the end, everything goes up in a goosebump causing a thunderstorm. The Middle-Irish lyrics, a requiem from the 10th century, could not be interpreted more fittingly by any guest than Alan Nemtheanga A., who with his band Primordial is widely acclaimed as an icon of “Celtic Metal”. The Irish metal singer gladly accepted the challenge to interpret the song in the language of his ancestors. In doing so, he draws an ingenious bow between the music’s inherent epicness and a skillfully applied vocal rawness, which gives the work a new and even more deeply digging into the listener’s stomach.

Alan sums up the successful collaboration, “It was a really interesting thing to do. Putting my voice over the music of Corvus Corax felt like a pretty good bond!” From Corvus Corax‘s perspective, too, the fusion of Alan’s vocals and his musical background with what is probably the most atmospherically dense  “Era Metallum” piece fits like a glove. Sláinte, Alan! 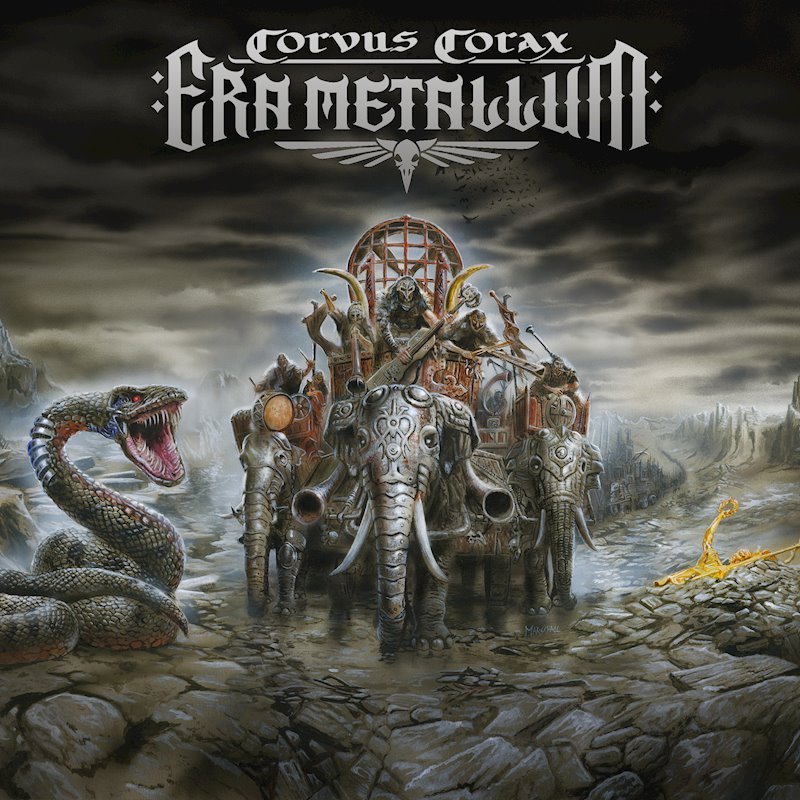 The album “Corvus Corax Era Metallum” will be released on June 24, 2022, as a Limited Edition Double CD and digitally. The vinyl version will be available in stores from September 21, 2022. You can pre-save, and get the album at your favorite platform https://EraMetallum.lnk.to/Album