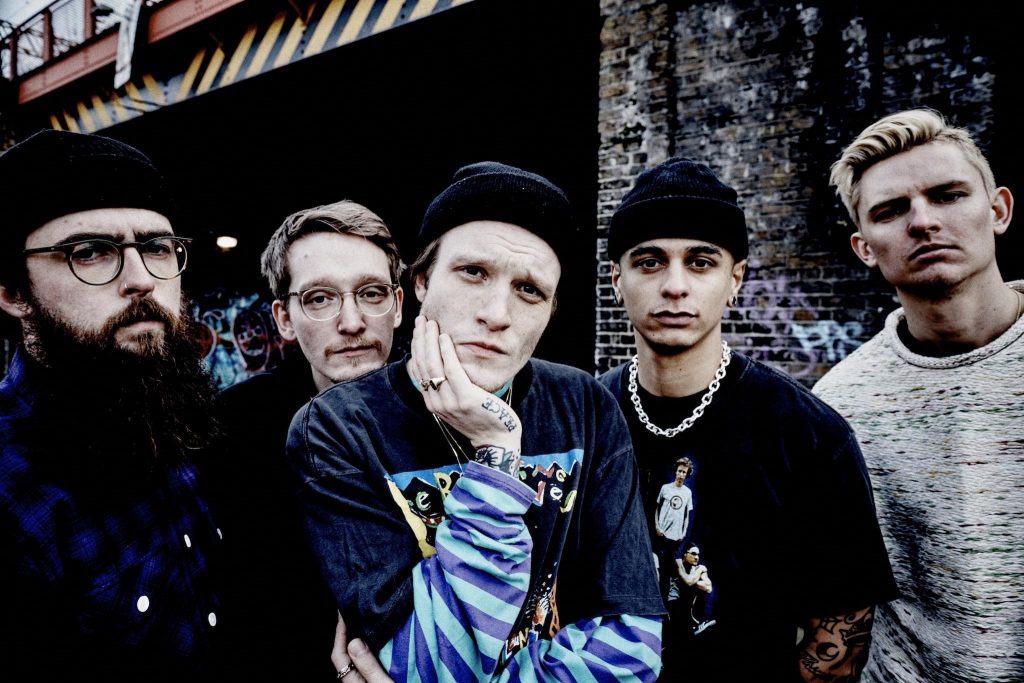 Neck Deep are proud to announce their biggest UK headline tour to date, for September 2020! The band who last Friday announced their fourth album, ‘All Distortions Are Intentional’, have announced a six date run that boasts two nights in Manchester and Glasgow, at the o2 Victoria Warehouse and Barrowland Ballroom respectively, a show in their native Wales at Cardiff’s Motorpoint Arena, before culminating at London’s Alexandra Palace.

Speaking of the tour, long-term collaborator and new full-time bassist Seb Barlow says, “We are incredibly excited (and nervous) to be playing such big and prestigious venues! When we started this band, we never even dreamed of playing at places like Alexandra Palace and O2 Victoria Warehouse, so to headline them feels surreal. Not that we have ever felt the need to prove ourselves to anyone, but coming back with an album we are all incredibly proud of and confident in, we felt we needed to play rooms that reflect that. We had these venues in mind when we were writing this record, so, now is the time to do it.”

Full dates for the tour are below:

Early ticket access is available to all fans who purchase (or have already purchased) Neck Deep’s new album from the official Neck Deep store (neckdeepmerch.com) before 11.59pm GMT on Sunday 15th March.  Early access code and instructions will be emailed before 6pm GMT on Tuesday 17th March.

Tickets on general sale Friday 20th March at 10AM:
https://www.livenation.co.uk/artist/neck-deep-tickets

On the heels of the trio of records that turned them from underground heroes to breakout stars, All Distortions Are Intentional is the biggest and boldest step yet in the creative evolution of Neck Deep.

No mere collection of songs, All Distortions Are Intentional is conceptually rich, with themes of disconnection, existential confusion, and the search for meaning. The album tells the story of a loner named Jett, who lives in a place dubbed Sonderland, a combination of “Wonderland” and the somewhat obscure word “sonder”: the realisation that each random passerby is living a life as vivid and complex as your own, with their own ambitions and worries. “It’s that strange existential realisation that you are not the entire world,” explains singer Ben Barlow. “Everyone around you feels and lives the same way that you do. You’re just an extra in their story.”

The aforementioned concept was born following the writing of lead single ‘Lowlife’, which welcomes fans into Sonderland alongside Jett and Alice. Jett feels disconnected and disillusioned until he falls in love with Alice. But even this new relationship brings its challenges; Jett is a victim of limerence – the only thing he loves about the world is this person. The songs explore Alice’s view of Jett, as well, as a story unfolds that is ultimately about the importance of meaning and purpose for each and every individual.

As Barlow shares, “Modern music is so much based around ‘the single’ and writing a record isn’t held in nearly the same regard as it used to be. All Distortions Are Intentional presents a whole story, where there is meaning from every angle of it,” the singer continues. “All of our records have their themes, but I wanted to create characters, scenes, a world, and have it mean something in the real world, too.”

Although the songs on All Distortions Are Intentional are told through the lenses of characters, they are also uniquely reflective of the lives that each member of Neck Deep has lived. “Writing ‘Lowlife’, it was like I was tapping into this part of my own personality, my own psyche” shares Barlow.

To create ADAI, Neck Deep enlisted the talents of Grammy-nominated A-List producer, Matt Squire (Panic! At The Disco, Ariana Grande, One Direction), and tucked themselves away at the world-famous residential studio, Monnow Valley (a recording home for the likes of Oasis, Led Zeppelin and Queen in the past), in the gorgeous but remote Wye Valley in the heart of the band’s native Wales. The decision to create the album ‘at home’ was an important one; on the eve of what’s certain to be Neck Deep’s greatest exposure to the world yet, it’s a grateful and decisive acknowledgement of where they’ve come from, both literally and figuratively.

Moreover, ADAI marks an epiphany of true self-belief for its creators: “Everyone wants to be seen as good at what they do, as creative, interesting, ambitious,” Ben asserts; “That’s what we wanted, for people to see that we are more than just some guys in a band. We truly lived and breathed this album, and wove unique perspectives, storytelling, and ideas into its fabric. We have crafted a sound that is ours, it is totally, unapologetically Neck Deep.”

All Distortions Are Intentional is the follow up to 2017’s, ‘The Peace And The Panic’, a transatlantic Top 5 album.