ELIZA & THE DELUSIONALS – Coming Of Age 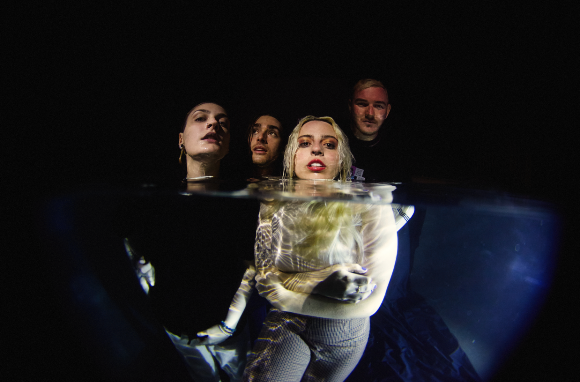 For ELIZA & THE DELUSIONALS, making music has not only been a unifying force between them as a band of like-minded individuals, but also a proven mode of escape, into a soundscape marked by vibrancy and emotion.

The group’s journey until this point has seen them grow up on stages around Australia, their music arresting and speaking to music fans who yearn for that same sense of belonging and escapism..

Now, Eliza & The Delusionals have arrived at their most significant career point to date: their debut album. Now And Then is out today via Cooking Vinyl. To celebrate the release in the US, the band will be playing BottleRock Festival in Napa Valley, CA on May 27.

The 12-track collection is Eliza & The Delusionals in their purest form. An album that reflects on youth and the formative years that have influenced the mid-20 somethings they are today, Now And Then is the perfect soundtrack to the band’s coming-of-age period. 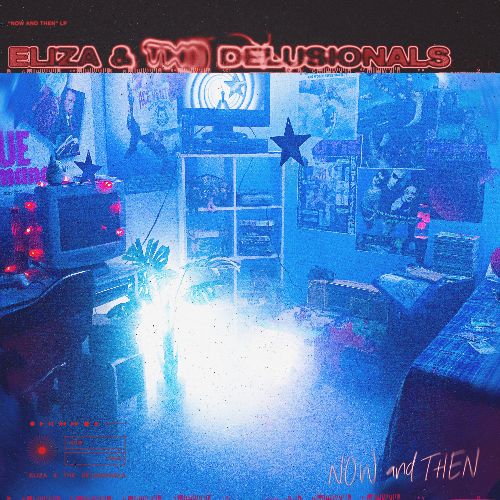 Written by Eliza Klatt and Kurt Skuse with added writing credits coming courtesy of acclaimed songwriters/producers in Sarah Aarons (Zedd, The Rubens, Childish Gambino), John Hill (Cage The Elephant, Charli XCX, Lykke Li) and Keith Harris (Madonna, The Black Eyed Peas), Now And Then is a properly international effort. Sessions that took place between Australia’s East Coast and Los Angeles formed the sound of Now And Then: guitars and rhythms that feel fresh and contemporary while casting a nostalgic look back at the artists who brought similar ideas to prominence in the ‘90s and early ‘00s.

Recording took place between Airlock Studios, producer Konstantin Kersting’s studio (Tones And I, Mallrat, The Jungle Giants) and the home studio of Eliza and Kurt, with Eliza & The Delusionals being able to thrive as a unit throughout. It’s an organic strengthening of a dynamic you can hear right through the album: tracks like “Save Me,” “Bed Song,” “Halloween” and “Give You Everything” are immediate stand outs. ‘

Now And Then is also an album of resilience. Eliza & The Delusionals, like so many artists, faced huge losses throughout 2020. For the Australian group however, their axis was upended at a crucial time in their career. About to relocate to the United States to embark on a huge amount of touring and ultimately, putting roots down for themselves, the band instead found themselves in the studio, turning their emotions, thoughts and mental processes into creativity.

“This album really helped me get through a tough time in my life and I’m really glad I got to do it with Eliza. Between not being able to tour and also having to come back to Australia, this album and the whole process seemed like the only thing that mattered to us at the time. Even though it was an extremely hard place to live in, I’m happy to have gone through it and I hope people can hear even a little bit of what we tried to capture. It almost made a little world I could escape into and just write about things that have happened in either mine or Eliza’s life – almost like making a soundtrack to our past experiences. I suppose never having written an album before, it was a new experience and it honestly couldn’t have come at a better time for us.”
– Kurt Skuse, Eliza & The Delusionals

Featuring singles “Give You Everything,”  “Nothing Yet,” “Save Me,” and “YOU,”Now And Then continues to flesh out the vivid alt-pop and indie rock vibes powered by irresistible hooks and songwriting as it twists and turns. The songwriting partnership between Eliza and Kurt became galvanized as the album came together, sparking further drive to establish a studio of their own and, for Kurt, follow his production aspirations.

With the added musicality of Tex Martin (drums) and Ruby Lee (bass) to complete the band, Eliza & The Delusionals have a band dynamic that rests strongly on a foundation of natural talent and trust in one another’s sonic style. It all makes for a fun listen, one that Eliza & The Delusionals are hoping fans will be able to connect with and find some solace in as well.

“I think this album was the best thing to come out of the pandemic for us. We had just dealt with a huge loss of all of our touring in America, and when we got back to Australia we both were feeling quite lost and sad. We took the opportunity to build a studio at home and bunker down and turn all of the feelings that we had been experiencing for the past two years into songs. It was a really nice way to cope with what we were going through, and also to deal with emotions and experiences that had happened in the past few years of our lives. I always feel lucky that I’m able to be in a band, and to be able to write music with my partner as well.” – Eliza Klatt, Eliza & The Delusionals

2021 was huge for Eliza & The Delusionals, with the release of their sophomore EP A STATE OF LIVING IN AN OBJECTIVE REALITY further propelling the band onto the radars of Australian and American industry tastemakers alike.

Capitalizing on the momentum the EP brought them, Eliza & The Delusionals hit the ground running, with a trio of successful single releases in “Save Me” (accruing over 1 million combined streams worldwide, 30+ editorial playlist spots and the cover of Spotify’s Front Left playlist), “YOU” and “Nothing Yet,” bolstering their presence in Australia and abroad, all the while demonstrating the potential of the album that was waiting in the wings. Renewed popularity and hunger for Eliza & The Delusionals in 2022 has resulted in a whopping combined stream count exceeding 2 million over the last six singles alone.

Now And Then continues to revitalise the momentum; a smart set of material that indicates where Eliza & The Delusionals have come from, and where they’re looking to head next.