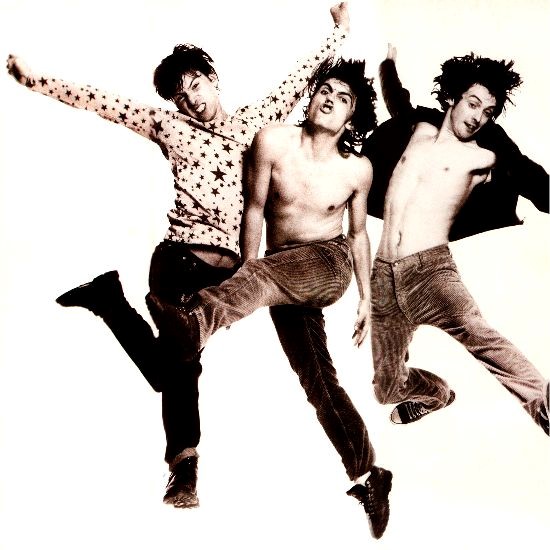 Few bands’ reputations precede them as much as 1990s British band FABULOUS.

Much like the Sex Pistols a dozen years before them, Fabulous’ media headlines back then often included the words “Vandals,” “Banned,” and “Riots.” Banned by nearly every venue of their debut UK tour, they featured heavily in NME, i-D, The Face, The Wire, Select, and Melody Maker even though they only officially released a mere handful of singles, one of which, “Destined To Be Free” garnered NME’s prestigious “Single of the Week.” But before they could release their debut album, the band imploded… and their history became UK legend.  On June 24, 2022 however, Boston-based Supermegabot Records is unearthing their 15-track never-before-released album GET F***ED BY FABULOUS to deliver what exactly has been missing in the rock world for the last three decades.

We had loads of narcotics, a pad in Soho and masses of arrogance”

Including the original seven single A and B-sides, coupled with loads of unreleased instant-classic anthems by a wildly-overlooked band from an unsung era of rock history, Get F***ed… carries all the unbridled swagger and unchecked danger that was absent from the post-shoegazer/ecstacy-laced rave trash that dominated the music scene of that time.  With all the attitude and unrestrained infamy of punk bands before them, Fabulous bearhugged Kylie Minogue, Keanu Reeves, Radiohead and Beastie Boys among many others in their den of iniquity and shook up the sleepy music world.

Produced by Jon Langford (Mekons), their first single on the iconic Heavenly Records “Destined To Be Free” b/w “There’s A Riot Going On,” was released in November 1991 and it burned up the charts. They were consumed with NME “Single of the Week,” television, tours (opening for the Beastie Boys, having a fledgling Radiohead open for them, riots, chaos, and loads of coverage. A seemingly endless party had begun. For the next year, Fabulous went full-on, keeping the rumor mill churning, which in turn drove everyone in the business to chase the band. The following May, KROQ in Los Angeles played the B-side “There’s A Riot Going On” as LA burned after the Rodney King verdict.

“We had loads of narcotics, a pad in Soho and masses of arrogance,” recalls Fabulous manager James Brown. “It ended at the Mondrian Hotel in Hollywood, after a disastrous dinner with Seymour Stein (a.k.a. The Man Who Signed Madonna) and Mo Ostin (a.k.a. Chairman of Warner/Reprise). It is fair to say that they were responsible for 50% of the hits in America and had been for 20 years: they were two of the five most influential people in the music world, and we turned up late for the meeting, minus demo tape, with nothing but dirty clothes and indifference to the godfathers of the American music industry. We ordered 10 bottles of wine and the bill came to £4,000.” Needless to say, a signing offer didn’t materialize.

And in due fashion, the stranger-than-fiction stories continued. Pete Waterman (of the massive pop hitmaking production team Stock Aitken Waterman) signed the band to his PWL label and promised to release their supposed debut album Produced By Kylie (of Minogue fame, of course). Simon claimed to Pete that it would be “a cross between the Sex Pistols and Kylie Minogue. He respected that and wanted to work with us.” The signing fizzled soon after and that record never came out.

Enter Keanu Reeves. Running into the actor while he was in London filming a movie, he got mixed up with the band in a bar and ended up stuffed into the trunk of their car. “It must have been a half-hour drive. You could hear him giggling in the back every now and then,” laughs Martyn. “He looked a bit disheveled but got out like nothing had happened and said something like ‘Awesome!’”

A year and a half after the release of “Destined To Be Free,” they finally get around to releasing new music. Produced by Miles Hunt (The Wonderstuff), “Personality Recession” had early on been singled out as perhaps their best song and created a nice boost for the band but did little to return them to their rightful spot at the top of the charts. Their following single “Dead Friends” fizzled too. But it wasn’t because the songs sucked… their mates Manic Street Preachers released their debut Generation Terrorists and sucked the air out of their room… and in the States, Nirvana and grunge killed the scene (of which they were part), leaving no room left for Fabulous to reclaim their stake. 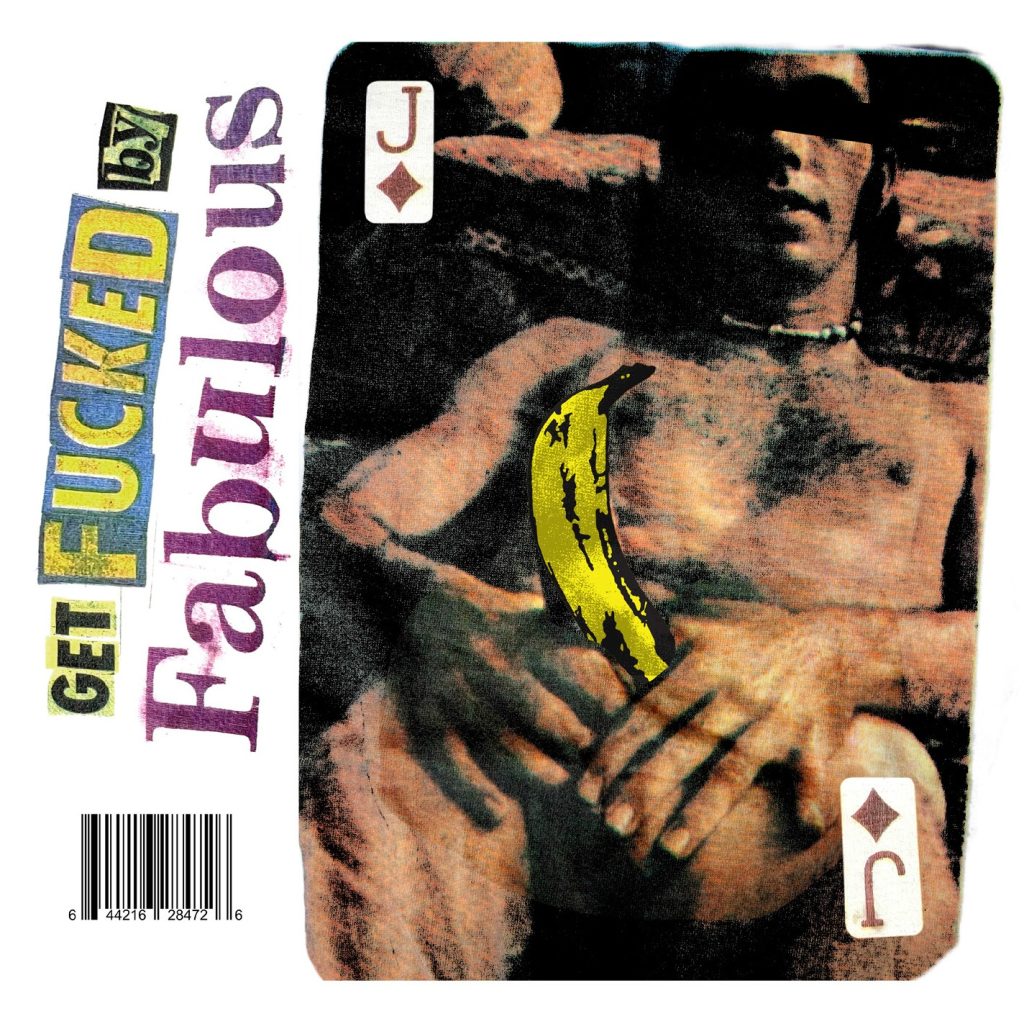 GET F***ED WITH FABULOUS
Tracklisting

“We had a lot of attention early on, but deservedly so, because we were probably the most exciting band in the country,” says Simon. “We were the only band saying anything, the only band that had any intelligence, and we just put people’s backs up. Someone said Fabulous were like the KLF with guitars, and we’ve always just wanted to be terrorists; to stick it up the establishment, to stick it up the music industry.”

As an epitaph, Fabulous had broken up with little fanfare merely a year later in 1993. What remained of UK rock was mushed together under the far more mannered Britpop genre.

What had Fabulous been about? Were they a brilliant band, a revolt against tedium, an attempt to get rich off media manipulation, the luckiest or unluckiest bastards on the planet?

The answer is in the dictionary: