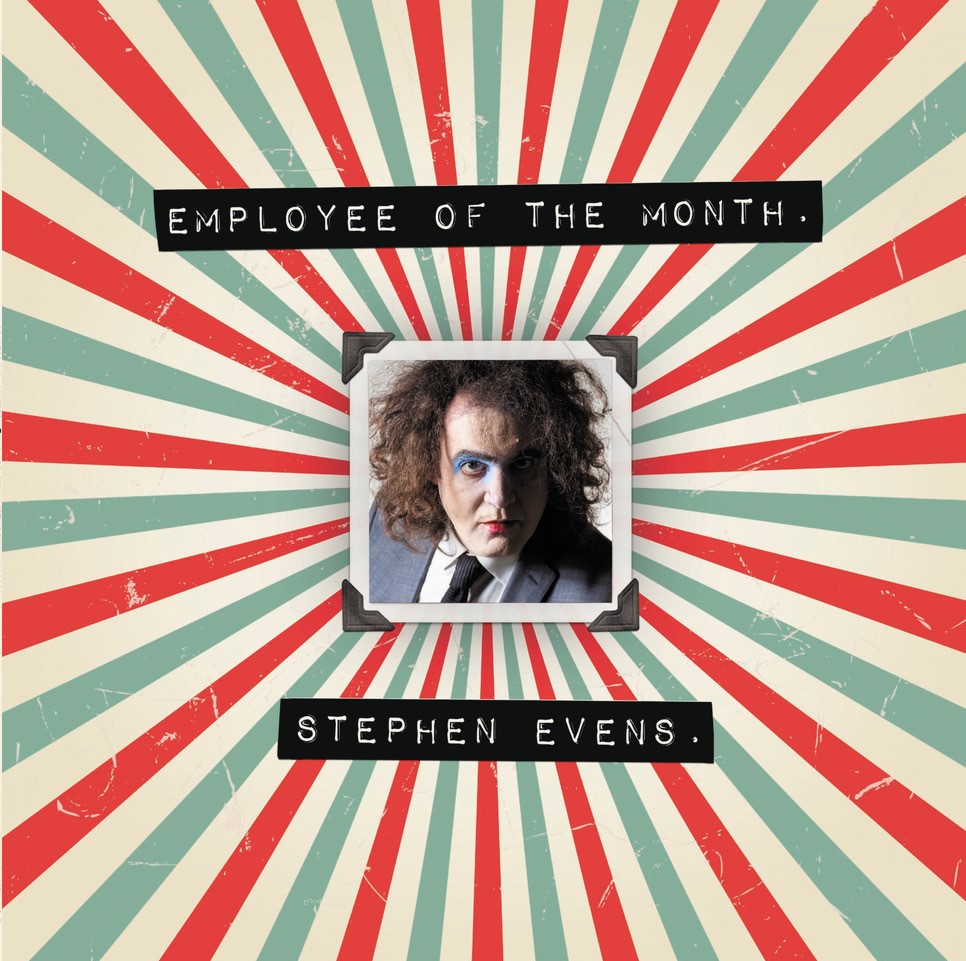 Stephen EvEns is back with his second album, ‘Employee of The Month.’ The self-produced album was recorded at Brixton Hill Studios & Edwin Collin’s Clashnarrow in Helmsdale, with the release set for June 5 via Onomatopoeia (William D. Drake, Barringtone, Hurtling)

Employee of The Month is packed full of candour, as post-punk, indie-pop troubadour Stephen EvEns exorcises a few demons.  A beatnik, indie-punk escapade, accompanies swooping guitars, squelching effects and crackling sounds that fluctuate from the exotic, improvisational to a motoric and playful realism. He muses on the futility and injustice of the world, all delivered with a huge dollop of irony, a touch of Bowie glam, the magical wizardry of David Devant and eccentrics of Ivor Cutler or Devo.

We kick-off with the single, Dustbin Man, he focuses on the very people that knit society together, oscillating between guitar squelch and post-punk indie. Push Yr Thumb starts with a massive wave of distortion, as the pendulum swings towards red, a passionate accompaniment of sardonic violins, in a pure post-punk Can style dystopian melody. While disappointment is exorcised from each and every pore. Freak Show guests William D. Drake on piano and accentuates a cabaret style as Stephen EvEns re-collects a tale of migration to the city and ensuing economic departure. Vocals fill with a melancholic, almost clownlike timbre – dramatic, down tempo search for the future.

Jon Snow shares vocals with Caroline Gilchrist (Hot Sauce Pony) echoing the delights of Fun Boy Three. A sliding, sludging drumbeat, Massive Attack territory, as vocals express caution, ‘somethings lurking in the water, but you still look to the sky.’ I Hate Shop, re-collects life with a major high street retailer. Glamourous from the outside, the critique over-rides, ‘you see we’re dead behind the eyes and I hate shop,’ crashing, roaring sounds break the bleak banality of the shop life. The Crystal Palace cries, ‘come and get me and take me home,’ is a beautifully crafted piece of exotic rock, moves you to a crystal and psychedelic plane.

Multi-instrumentalist and talented artist in his own right Stephen EvEns is touring with his own guitar and full band line-up, or occasional casio-tone. Stephen EvEns plans to even the score with the world, reflecting on the cruel, harsh reality of life. His debut album, Bonjour Poulet, was a brief introduction to his candour and illustrations of the modern day. Employee of The Month dissembles society and takes a strong harsh look at it.