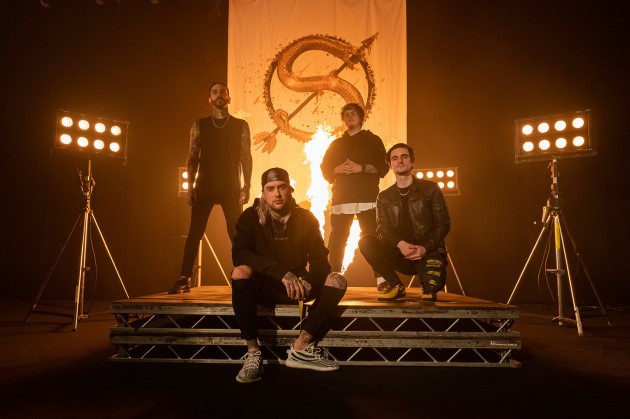 As modern metal outfit, Cabin Boy Jumped Ship, is gearing up for the release of their much awaited, sophomore studio album, Sentiments, due out on May 27, 2022 on AFM Records, today the band premiered a crushing video clip for their new single “Golden”!

With a vibrant blend of electronicore, brutally heavy yet melodic, modern metal sound, Cabin Boy Jumped Ship took the heavy music scene by storm, transforming dance floors all over the world into pulsating moshpits when they released two EPs and their critically acclaimed, 2019-debut The Heartless.

Vocalist Conor Peek recently stated:“It feels so good to have new music out in the world again after so long and I hope our fans can connect with the feelings we portray in this new record.“

“Golden is the last track we’re releasing before our new album, Sentiments releases worldwide and we couldn’t think of a better song to kick off the album with,” Peek reveals. “It has everything new and old fans of our band would enjoy and personally I feel like it’s a great unification of everything we embody. Get ready for the heavy!” 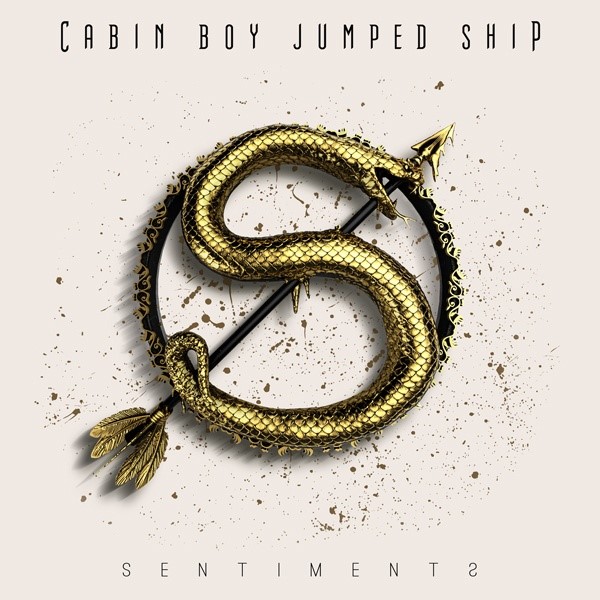 Founded in 2013 within the English midlands, Cabin Boy Jumped Ship have been constantly touring around the world for years. They played the UK, Europe, Russia and even on the Philippines, and shared the stage with acts alike Electric Callboy, Deez Nutz or The Devil Wears Prada to name just a few. With more than two million streams on Spotify for The Heartless, more than a million views on their Youtube channel and frenetically acclaimed shows all over the globe, Cabin Boy Jumped Ship have already left an impressive stamp in the world of modern metal. Now, it‘s time for a new era: On their forthcoming record Sentiments, with a new record label – AFM Records and its distribution partners Soulfood and Believe – and their heavily refreshing metal sound, the Leicestershire-based act will unquestionable make a huge step forward, enthralling old and new fans!

Sentiments was recorded and mastered at the Innersound Studios in York, England together with the Graves brothers Sam and Joe (Asking Alexandria, Glamour of the Kill, InVisions).

Available as gatefold coloured vinyl, limited box set and digipak on May 27, 2022, the album pre-sale is available at THIS LOCATION!